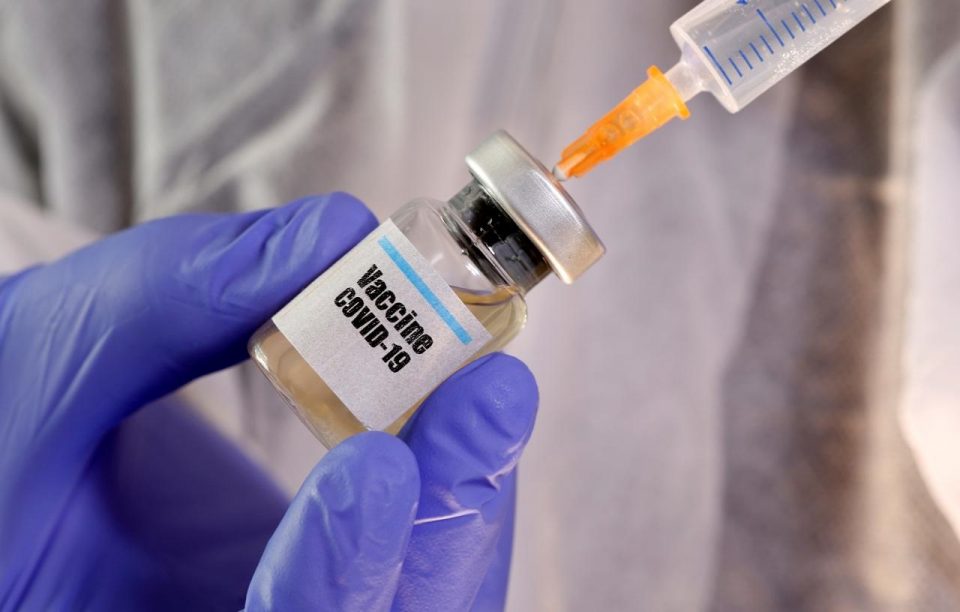 By Evie Andreou and Annette Chrysostomou

Cyprus has already informed the EU it would need 1.2 million Covid-19 vaccines, to also cover the Turkish Cypriot community, the health ministry said on Tuesday, adding that the bloc is in negotiations with AstraZeneca, the company cooperating with Oxford University for the development of a vaccine.

The health ministry said Cyprus, together with the other EU member states, participates in the initiative of the European Commissioner for Health Stella Kyriakidou through which €2.7bn will be used from the Emergency Support Instrument (ESI) to invest in companies that the European Commission considers can move fast or are at an advanced level in relation to vaccine research and clinical trials. “In this case, the Commission is already negotiating with AstraZeneca, which is at a fairly advanced stage of the vaccine development,” the ministry said.

It added that it informed the Commission three weeks ago the island would need 1.2 million vaccines. “The Turkish Cypriots were also included in this quantity,” it said.

The ministry clarified that through the cooperation that will be established, no separate negotiations will take place or separate orders submitted by each member state. “The European Commission’s joint negotiation for all member states strengthens the position of all countries, regardless of their size or bargaining power, while ensuring equal access to medicinal products, whether drugs or vaccine, at the same time and at the same rate, to be given in all countries,” the ministry said.

Oxford university, which is working with AstraZeneca, announced on Monday it aims to make some two billion doses of the vaccine available globally.

The health ministry’s announcement follows statements by member of the government advisory committee professor of microbiology and molecular virology at the University of Nicosia’s medical school Petros Karayiannis that the committee would suggest to the health ministry to order the Covid-19 vaccine Oxford University is working on.

Karayiannis told the Cyprus News Agency earlier in the day it seems the vaccine in question was emerging as safe and effective.

He explained that the effects of this vaccine were two-fold. During tests it created antibodies and activated part of the immune system called cellular immunity, which killed off infected cells with minimal side-effects.

He said the team would suggest the Cypriot government purchase a quantity of the vaccine initially for vulnerable groups and the elderly. Karayiannis noted that 200,000 would be enough and that for the whole population they would need 900,000.

The professor said the vaccine would be available in the UK in early November and ready for export to other countries three weeks later.

AstraZeneca is well-known and appears to be cooperating with Brazil and Russia to produce the vaccine, meaning that the production could be in larger quantities, he said.

He added that Britain has ordered 100 million doses of the vaccine. The company announced that if the vaccine was licensed as soon as possible after August, when all its studies will be completed and the file will be submitted to the regulatory authorities in Europe and America, it will be ready to provide it.

News of vaccine results are being discussed among the scientific community.

Another expert told the Cyprus Mail on Tuesday that the results of the first two phases of trials of at least two vaccines are very promising, but some questions remain, such as how to produce large quantities and how to distribute them.

Associate professor of the pharmacy programme at the University of Nicosia Christos Petrou referred to the published results of phase I and II studies, of Oxford University/AstraZeneca and the Chinese CanSino Biologics.

“They both used a similar method to develop the vaccine and reported good results regarding antibodies and T-cells which are involved in bringing about an adaptive immune response. This justifies the beginning of clinical trials.”

During phase III, the safety and efficacy of the vaccines will be tested. Phase III studies involve randomised and blind testing in several hundred to several thousand patients.

“There are some unknown factors, such as the longevity of the protection, the effect on different ethnic groups and what the vaccine does to older adults,” Petrou explained.

It is hoped that at least one of them will be out by the end of November, the associate professor said, adding he believes there will be more than one eventually. As he said, two have now reached phase three, but more will follow in the months to come.

“The big question is how to produce large quantities, but the companies have said they will be able to do that. The EU has announced it will prepare an agreement with the companies to get a certain amount for the European Union countries and will aim to ensure equity. Of course, some patients will have priority.”

German biotech firm BioNTech and US drugmaker Pfizer on the same day reported additional data from their experimental Covid-19 vaccine that showed it was safe and induced an immune response in patients.

American biotechnology company Moderna is expected to start a 30,000-person study to prove the shots are effective at stopping coronavirus infection at the end of July.

US Embassy in Cyprus opens application for funding requests

Apple to remove carbon from supply chain, products by 2030