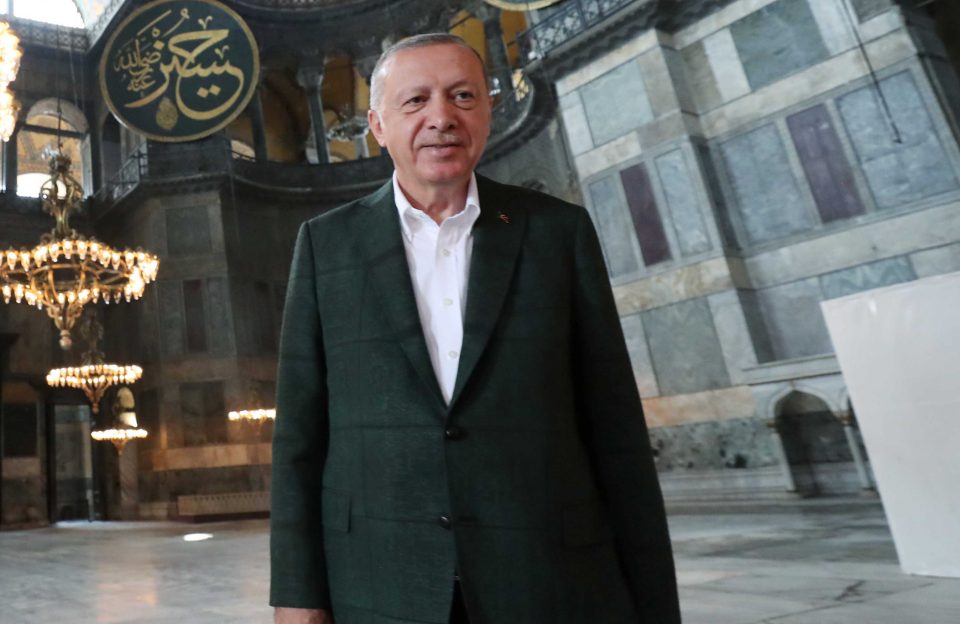 Turkey does not need permission from anyone to operate its drilling ships in the east Mediterranean, Turkish President Recep Tayyip Erdogan said on Tuesday as Greece said it was on high alert following the issuing of a Navtex by Ankara.

Erdogan said that Turkey is acting according to international law and their rights in the eastern Mediterranean and will continue to do so.

“We do not depend on a licence from anyone, neither for seismic research ships nor for drill ships,” he said.

A navigational advisory, known as a Navtex, was issued by Turkey’s navy on Tuesday for seismic survey work in an area apparently south of Turkey’s Antalya and lying between Cyprus and Crete. The advisory is in effect until August 2.

The Greek navy is reportedly on standby and high alert following the Navtex advisory. Greek defence sources are reported to have said that 85 per cent of their fleet is in the Aegean, near Smyrna, and is closely monitoring the situation.

There are reportedly 19 Turkish ships in the area.

Floros, who was in Cyprus to mark the 46th anniversary of the invasion, also met with the chief of the national guard, Lieutenant General Demokritos Zervakis on Tuesday.

At the meeting, which centred on Turkish activity in the region, the two sides reiterated their strong ties.

“Turkey’s infractions, which endanger peace and stability in the eastern Mediterranean, have been recorded,” an announcement from the defence ministry said.

The US Sate Department also called on Turkish authorities to avoid activity which would increase tensions in the region.

Greece said on Tuesday there should be no alternative but European Union sanctions against Turkey if Ankara does not back down on disputed attempts to explore for natural resources in the Mediterranean.

“Turkey is unfortunately adding another link in (its) hostile actions against Greece, against Cyprus and the European Union as a whole,” Mitsotakis said.

“Questioning the sovereign rights of Greece and Cyprus is, ultimately, questioning the rights of Europe. We anticipate the support of our allies (for sanctions against Turkey)… As long as Turkey continues to take this path, sanctions on Turkey will be a one-way street,” he added.

Turkey must stop drilling for natural resources in waters in the eastern Mediterranean if there is to be progress in EU-Turkey ties, German Foreign Minister Heiko Maas said on Tuesday during a visit to Athens.