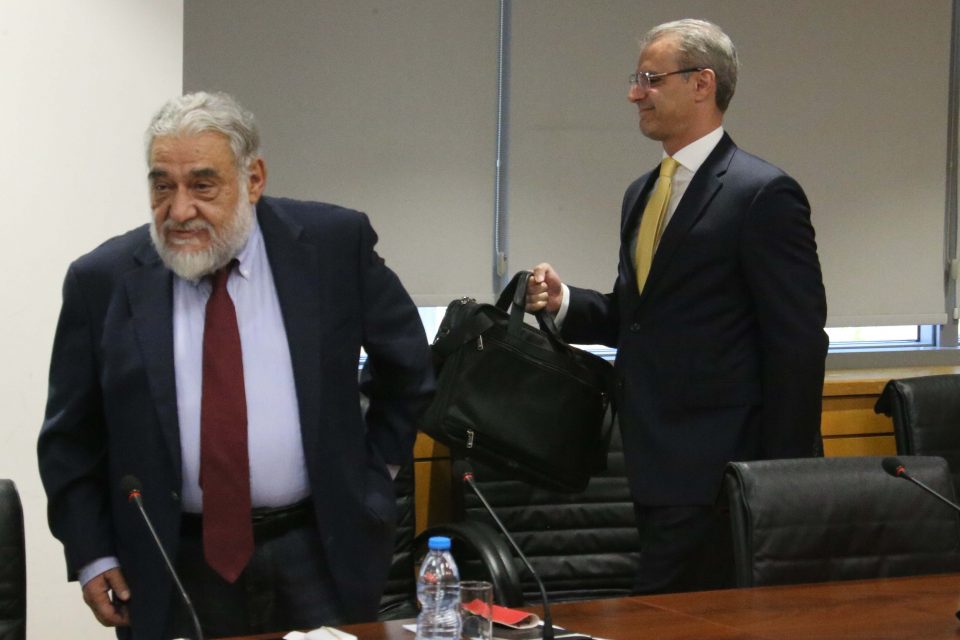 Loan write-offs to politically exposed persons (PEPs) to the tune of millions will be the priority of the ad hoc committee set up to study the ‘Georghadjis’ list, House president Demetris Syllouris said on Wednesday.

The ad hoc committee, set up in parliament to study the list prepared by former central bank governor Chrystalla Georghadjis with names of PEPs with non-performing loans (NPLs), met for the first time on Wednesday after the House plenum voted last Friday to immediately publish the controversial list. The decision will be sent to the president who is to have the final say on the matter.

Syllouris, who chairs the committee, said after the meeting that state treasurer Rea Georgiou and financial ombudsman Pavlos Ioannou have agreed to offer the committee technocratic support on issues concerning loans to PEPs.

He said the first thing the ad hoc committee should ask for after the plenum decision to publish the Georghadjis list, is information concerning loan write-offs “and it is to the tune of tens, hundreds of millions.”

He also said some will have to explain why parliament cannot get the list of loan write-offs and make it public, when the decision was taken to publish Georghadjis’ list on NPLs.

The present central bank governor Constantinos Herodotou, who also attended the meeting, reportedly told MPs that any data concerning  systemically important lenders such as the Bank of Cyprus, Hellenic Bank and RCB, can be obtained only through the single supervisory mechanism (SSM). He added that the central bank can directly ask data from the non-systemic ones.

According to the Cyprus News Agency, Herodotou, responding to MPs’ questions, refrained from commenting on Georghadjis’ actions, but said that based on the information found in the central bank archives, it seems that his predecessor did not follow the appropriate procedure for securing data from systemic banks through the SSM.

Herodotou told MPs that the letter asked for information for NPLs concerning PEPs but also of the professional relations of PEPs with companies.

Last week, MPs voted in favour of publishing the list of PEPs with non-performing loans, prepared by Georghadji and delivered to the House president Demetris Syllouris back in April 2019.

MPs, some of which saw their names on the list, said the document was unreliable and incomplete while Georghadjis was accused of doing a shoddy job of preparing the data. Some MPs said they are in fact not in arrears on their loans or credit cards.

Georghadji dismissed the accusations arguing she delivered what she was asked, and that MPs had 17 months to ask for more details but never did.

Syllouris said on Wednesday that complaints were made by PEPs whose names are on the list to him and the data protection commissioner and did not rule out the possibility of some of them taking legal measures.

The House watchdog committee on Thursday will discuss loan write-offs by banks to political parties or companies associated with parties, as well as to PEPs.