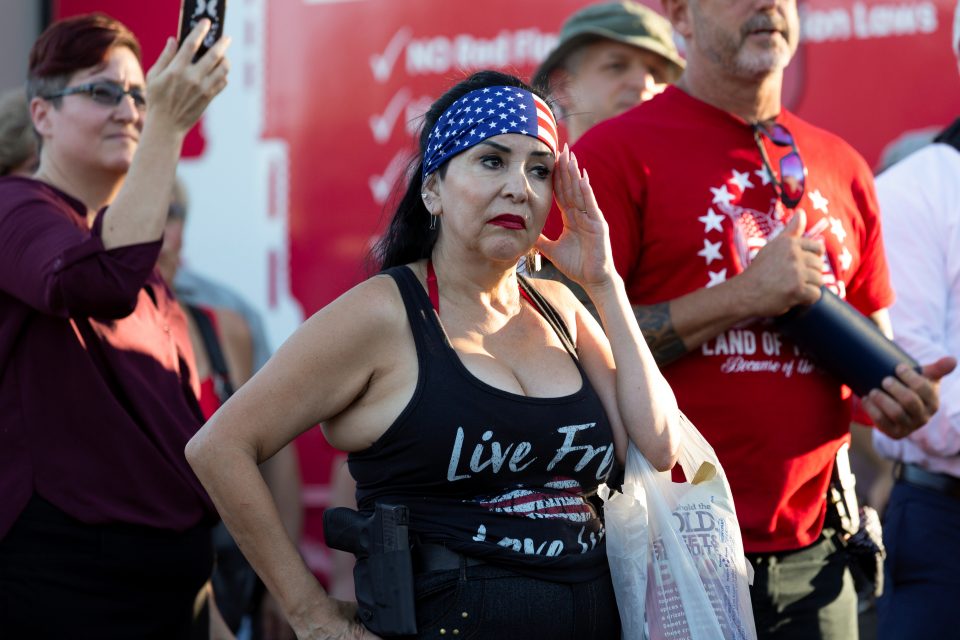 People at a rally against coronavirus related restrictions

President Donald Trump, in a shift in rhetoric and tone, encouraged Americans on Tuesday to wear masks if mon19, the most of any country.

The Republican president, who downplayed the virus in its early stages and once referred to mask-wearing as politically correct, has been reluctant to wear a face covering himself.

He wore one for the first time in public during a recent visit to a military hospital but has otherwise eschewed putting one on in front of the press.

Mask-wearing has become a partisan issue, with some supporters of the president arguing that requirements to wear one infringe on their civil liberties. Few people wore masks at Trump‘s first rally since the pandemic in Tulsa, Oklahoma, earlier this summer.

As coronavirus cases skyrocket across the country, including in politically important states such as Florida, Texas and Arizona, Trump, who is trailing Democrat Joe Biden in opinion polls ahead of the Nov. 3 election, on Tuesday showcased a new position on the importance of covering mouths and noses.

“We’re asking everybody that when you are not able to socially distance, wear a mask, get a mask. Whether you like the mask or not, they have an impact. They’ll have an effect. And we need everything we can get,” he said. 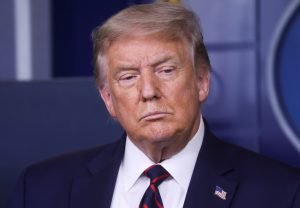 Trump said he was getting used to masks and would wear one himself in groups or when on an elevator.

“I will use it, gladly,” he said. “Anything that potentially can help … is a good thing.”

A Biden campaign spokeswoman said Trump‘s assertion that his administration has had a “relentless focus” on COVID-19 was preposterous.

U.S. House of Representatives Speaker Nancy Pelosi, a Democrat, said in an interview with CNN that Trump‘s new embrace of mask-wearing was a recognition of his mistakes in dealing with the coronavirus.

“This is not a hoax – it is a pandemic that has gotten worse before it will get better because of his inaction, and in fact clearly it is the Trump virus,” Pelosi said.

Trump referred to the virus as the “China virus.” The novel coronavirus outbreak began in the Chinese city of Wuhan.

Trump conducted the briefing on his own, without doctors or other members of the White House Coronavirus Task Force. His subdued tone contrasted with his previous calls to reopen the economy along with praise for Republican governors who did so and criticism of Democratic governors who implemented tough restrictions in their states.

The strategy shifts come amid tension within his senior staff about the best way to discuss the virus with the American public and frustration among doctors on the task force that their advice is not being heeded.

The reopening has gone too quickly in some states, leading to spikes in cases and an ever-increasing number of deaths. Following Trump‘s initial lead, some Republican governors have also resisted rules requiring that their populations wear masks.

“We’re … asking Americans to use masks, socially distance and employ vigorous hygiene – wash your hands every chance you get while sheltering high-risk populations. We are imploring young Americans to avoid packed bars and other crowded indoor gatherings. Be safe, and be smart,” Trump said.

Trump sought to leave some optimism about treatments even as he acknowledged the grim numbers at present.