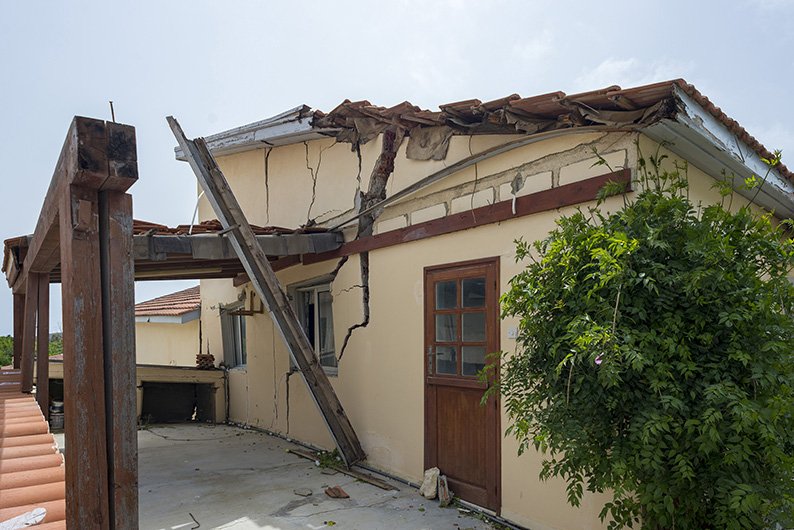 One of the damaged Pissouri homes

The government on Thursday said earthworks would commence in early 2021 to stabilise the soil in the Pissouri area, where subsidence has caused serious damage to dozens of properties there throughout the years.

Following a visit to the site, Interior Minister Nicos Nouris said a study has recommended excavations at several points in the area, some to a depth of 39 metres, and the insertion of a mesh of shoring piles in a bid to stabilize the soil.

The project will also feature the construction of rainwater runoff and sewerage systems. Upon the project’s completion, said Nouris, there are plans to build public amenities for the community, such as sports grounds and sports facilities.

In addition, some of the land in the area would need to be expropriated.

The final report on the action to be taken will be submitted around January 2021, after which the government will immediately invite tenders for the construction project.

“This ambitious project is not expected to be finished before the end of 2022,” said the minister.

Its cost is estimated at €33m.

According to surveys, the land has been shifting by approximately 8 centimetres a month.

Many of the affected homes in Pissouri have virtually collapsed, the result of a continuous and accelerating landslide, and a number of residences are deemed unfit for habitation.

The problem dates back to at least 2012.

US coronavirus cases pass 4 million, deaths top 1,100 for third day in a row