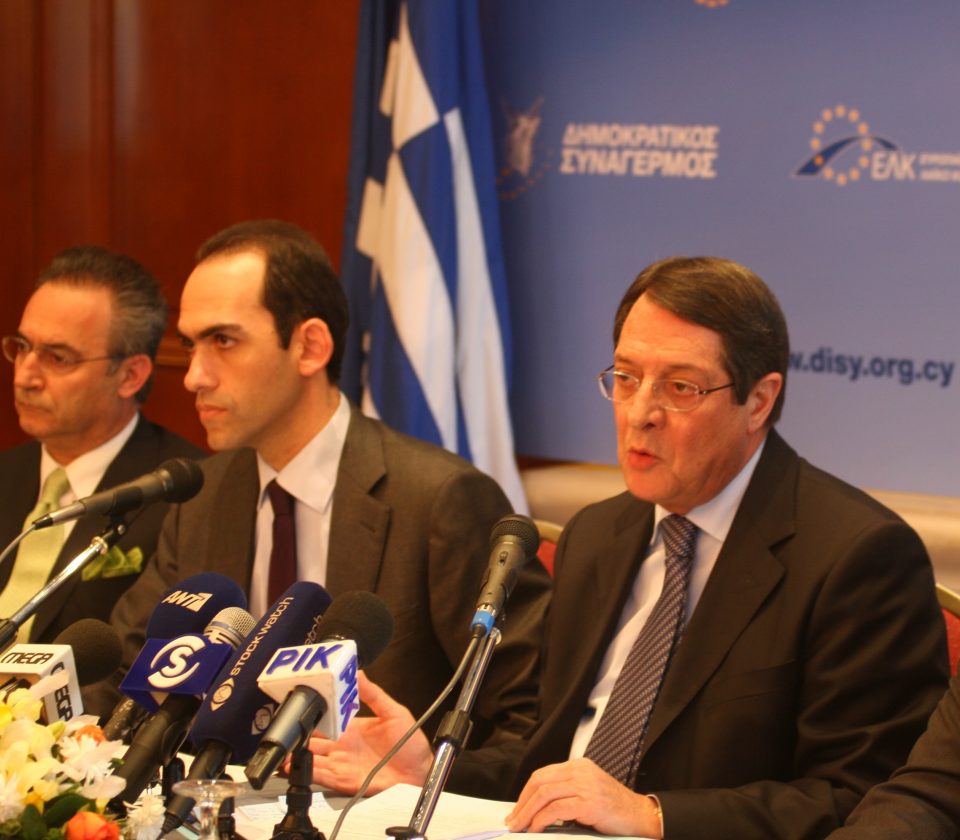 The lion’s share of the funds provided by the EU Recovery Fund should be used for accelerating Cyprus’s digital transformation, Harris Georgiades, a former Finance Minister and Deputy Leader of the governing Democratic Rally Party told the Cyprus Mail on Thursday.

The office of the Deputy Minister for Research, Innovation and Digital Policy confirmed that a large part of the European Recovery funds would be dedicated to e-government projects.

This will drive a great change in the way our government operates, Georgiades points out. “We are talking about a major digital transformation effort supported by EU funds.”

“Digitalisation is the most promising reform of the Cypriot administration, it’s the most tangible form, something which will be felt by business and individuals who all have to interact regularly with the government. The EU funds will make all of this happen quickly as we can utilise funds from the grants as early as next year.”

Some projects are smaller, easier to implement; others are larger in scope, but also significant to improving the way business is done on the island.”

“I am aware that the Finance Ministry is already at work drafting a plan for requests for grants, as these have certain reform-oriented criteria. It’s also notable that mature projects will be favoured over new or startup projects,” Georgiades explains. “We have, since 2019, an ambitious pipeline of e-government and digital projects set up by the government.

“The other elements will be Green projects: We have a few in the pipeline involving for instance water and waste management, and these will probably be among the first ones proposed,” Georgiades adds.

In order to draw the funds in 2021 or 2022,  when most in need each Member State will have to identify and submit mature projects which will be best-received. If there is a good idea at an early stage, it probably will not be put forward.

These grants are to be paid back over a long period of time, but they have the advantage of not affecting the national debt, as they are loans taken by the EU Commission itself. The form of repayment has not yet been determined.

Cyprus Finance Minister Konstantinos Petridis will present a detailed plan for the distribution of the funds received next week.

None of this will change Cyprus’s position with regard to the main element of the EU budget, Georgiades continues.

“With regard to the medium-term financial framework, of the EU budget, what one should know is that Cyprus is in a neutral position, neither a net contributor nor beneficiary.

We are not Poland or Romania or Greece who are net beneficiaries, we are not the Netherlands or Germany who are net contributors either — we are neutral. Every year we give in through the budget a specific sum and we then receive that same amount from the EU — not a penny more or less, as we are in a neutral position. That is the core element of this $2.7 billion which is part of the seven-year budget.

Then there are the New Europe funds divided into two parts: grants and loans.

“I am not sure whether Cyprus will utilise the loan element at all – this will be decided very soon. The loans will perhaps remain on the table for the Finance Ministry to consider as we proceed into the medium-term horizon. The loans impact the debt which is already high. If it’s a loan, maybe we can also borrow more cheaply from the markets, but the objective is not to raise the debt further.”

What remains is the grants element which Member States must repay over a long period. The grants stem from a loan drawn by the Commission itself, and which does not impact the Member States’ budgets.

The European Recovery Fund was approved by ministers from the 27 Member States on 21 July. The € 2.7 billion was allocated to Cyprus, and the country will receive €1.451 billion as part of the EU budget plan for 2021-2027.

For Cyprus, the €2.7 billion is almost 12 per cent of GDP. The funds are intended to help Member States’ economies recover from the damage done by the pandemic.

Latest on the worldwide spread of the coronavirus