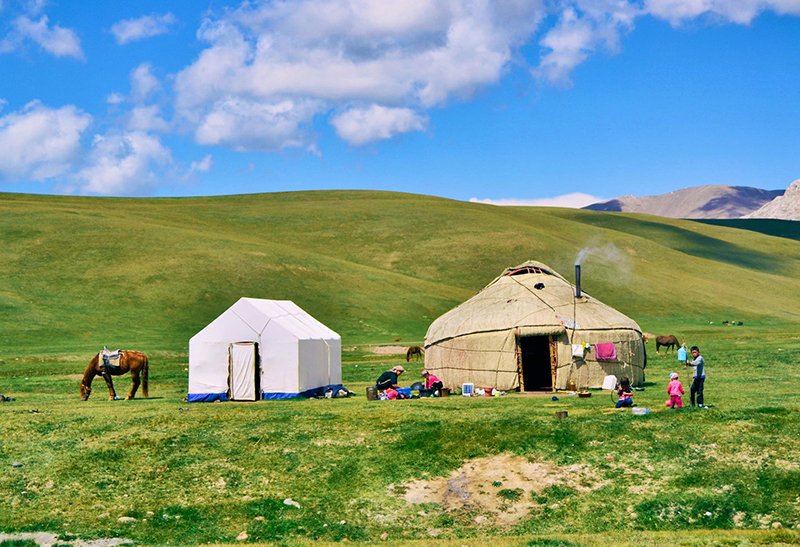 Inner Mongolia is a Chinese autonomous province, as opposed to Outer Mongolia which is a country in its own right and the second largest landlocked state in the world. Inner Mongolia is the third most populous region of China, and its biggest claim to fame is that it was the birthplace of Genghis Khan who, in the 13th century, reunified the region’s tribes, founded the Yuan Dynasty, and went on to conquer pretty much everything, everywhere.

A place of vast, arid plateaux, Inner Mongolia is the land of the steppes and the home of the horseback nomads. Nowadays, this equestrian way of life is dying out. And though the horse is still celebrated at hundreds of yearly festivals, it certainly doesn’t feature on the menu. Instead, Inner Mongolian cuisine is all about mutton. 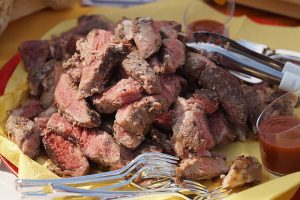 Simple dishes of boiled or roasted mutton are the norm here, a throwback to more nomadic times when the last thing you needed after a day in the saddle was hours of cooking. In fact, if you look at a list of the top five best-known foods, the first four are all sheep-based! There’s roast lamb (often roasted whole for celebrations, this is the most traditional Inner Mongolian food), cooked mutton (apparently the fatty tail is a delicacy), finger mutton (so called because it’s eaten on the go and with the fingers), and the Mongolian Fire Pot – an ancient dish of quickly boiled slices from the back, rear legs or tail of (you guessed it) a sheep.

Butter is also a local favourite. Used in all sorts of dishes, it features largely in the popular ‘milk tea’. Made with boiling water, brick tea (tea leaves compressed into a brick), and milk, it also includes a little salt and a big splodge of butter. It’s said to taste incredibly strange to those of us more used to tea with milk and sugar, but is probably just what’s needed to see you through a long, cold winter on the steppes.

Pensioner pulled unconscious from the sea off Mackenzie beach