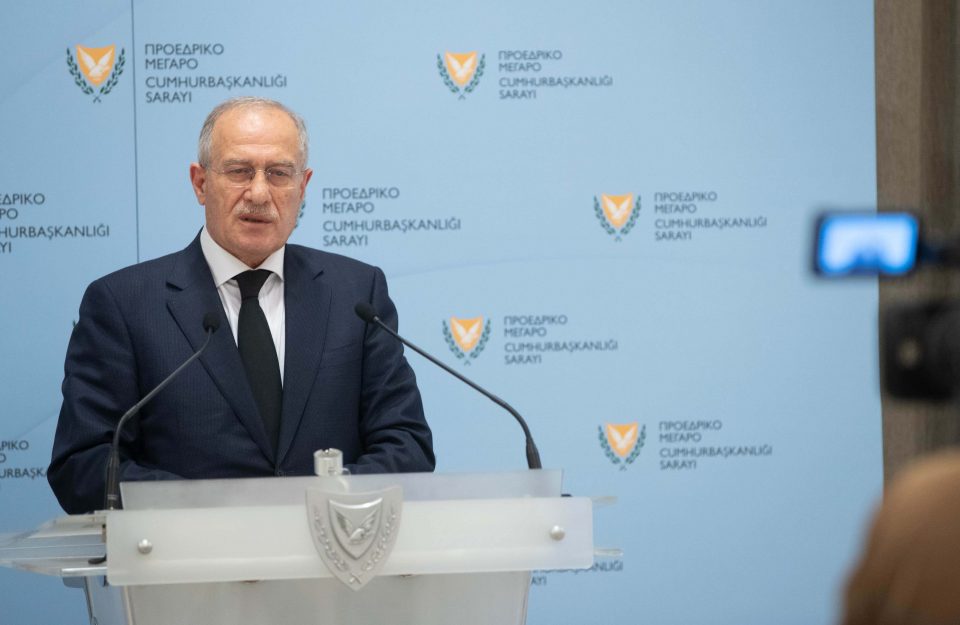 The response to Turkey’s unacceptable and extremely dangerous provocative behaviour that threatens stability and peace in the wider Eastern Mediterranean region can only be a united Europe, acting collectively and in a coordinated manner, Government Spokesman Kyriakos Kousios said on Sunday.

At a memorial service in Koutrafas he said “today we are facing the pressure but also the threats of Turkish expansion”.

He said Turkey continually shows belligerent behaviour by exercising complete control over the occupied areas with demographic change, threatening the settlement of Famagusta and its threats in the Exclusive Economic Zone which violate the Law of the Sea with the ultimate aim of exploiting its submarine energy wealth.

An example of political disrespect which confirms Turkey’s intransigence and authoritarian behaviour of, he added, is the transformation of Hagia Sophia into a functioning mosque

“Turkey’s illegal actions on the land and in the sea where the Republic of Cyprus exercises sovereign rights under international law must be stopped,” Minister of Transport Yiannis Karousos said at another memorial on Sunday.

“Having as our weapons international justice, achieving a just solution to our national problem is inevitable,” he said at a memorial ceremony for the fallen of Achna.

Our country, he added, is going through difficult times and “every day, unfortunately, we are witness to Turkey’s efforts to create new accomplishments.”

A New Cold War? No Sale!