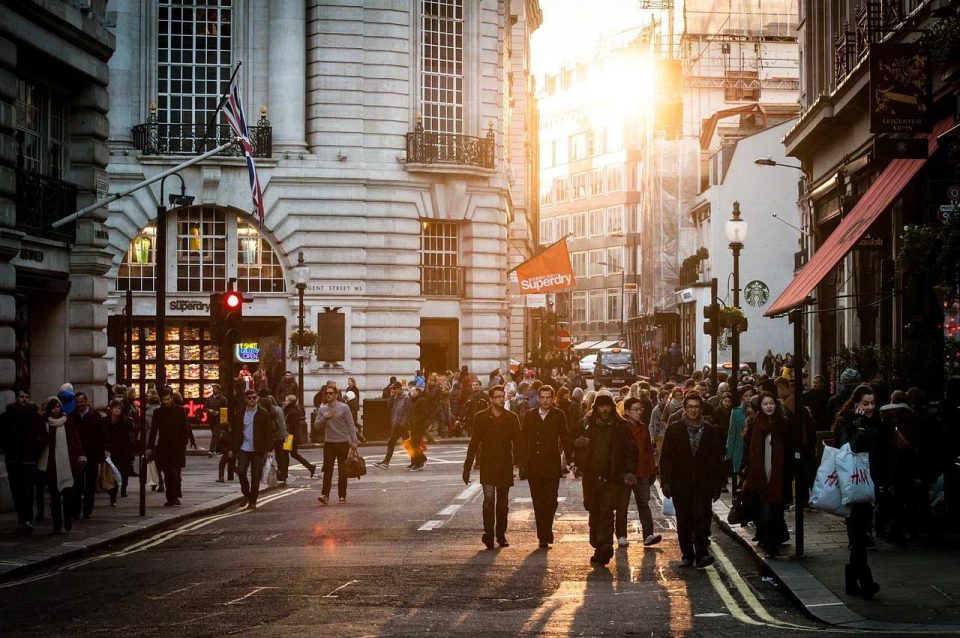 Restrictions related to Covid-19 could cause the number of migrants to decline, at least for some time

The World Trade Monitor of the CPB Netherlands Bureau for Economic Policy Analysis provides a helpful quantitative measure. Its global index of trade volumes increased by 65 per cent in the eight years between 2000 and the financial crisis of 2008. By comparison, the pre-Covid-19 peak this year was only 21 per cent higher than the pre-crisis one 12 years earlier. The pandemic-related decline has at least temporarily erased those gains.

The recent weakness in trade owes much to sluggish economic growth. For example, the high for monthly exports from the euro zone was reached in December 2017. But politics has hardly helped. Commerce across national borders requires support, or at least tolerance, from political leaders. The administration of US President Donald Trump has been hostile.

Trade is both the fruit and the fuel of other sorts of globalisation. Goods and services flow along with capital, people, knowledge, legal arrangements and technical standards. Not all of those can be measured with any precision. But one reliable indicator is cross-border migration. It’s showing a clear slowdown in growth.

The share of the world’s population living in foreign countries rose from 2.8 to 3.4 per cent between 1995 and 2010, according to the United Nations’ World Migration Report. Since then, the proportion has basically stagnated – it was 3.5 per cent in 2019. Restrictions related to Covid-19 could even cause the number of migrants to decline, at least for some time.

Though all this is discouraging for supporters of globalisation, the current slowdown must be viewed in a much longer historical perspective. The drive for greater cultural and economic integration is deeply embedded in all modern societies. The ultimate foundation of today’s economic universalism was laid about 500 years ago, long before there were many clear political borders to close or cross. More than any earlier military expansion, the European voyages of exploration around the world brought trade, settlements and new ideas.

The momentum towards a globalised world has increased since then, for better and for worse. Globalisation helped the spread of longer, healthier and more educated lives, but was also responsible for such moral catastrophes as the Atlantic slave trade and the devastating spread of smallpox to unexposed populations in South America.

By now, though, the world really is one in many important dimensions. There are fully or largely global arrangements of telecommunications, finance, business structures, popular music, clothing styles, education, scientific research, transport systems, tourism, energy technologies, military techniques and demographics. Ideas about everything from personal fulfilment to optimal diets zip almost effortlessly across borders.

Migration is more constrained, but there has been enough of it to create deep business and social ties between countries and continents. There are global sustainable development goals, and most entrepreneurs dream of global, not national, profit streams. Even the current wave of political nationalism is a global phenomenon.

The spread of Covid-19 is a good example of the ambiguity and reality of globalisation. Easy global travel allowed the coronavirus to spread in early 2020. However, Oxford University Professor Sunetra Gupta points out that the same travel also meant that “we had all these other coronaviruses circulating”. That has built up global resistance to the new pathogen, making it far less deadly than 1918 influenza virus.

That flu was not the only major challenge to globalisation in the 20th century. There were two world wars, a global depression between them, decolonisation after them, and the subsequent division into political-economic blocs of Soviet communism and American-led democratic capitalism.

These divisions and disruptions reversed the globalisation of trade for some years, but the spread of ideas, institutions and technologies was only partially impaired. Neither a new disease nor the widely resented rise of China is likely to be more effective at reversing this half-millennium-long tide. Indeed, Chinese leader Xi Jinping is a committed globalist, albeit on his own terms. Chinese companies crave global markets, too.

Of course, national governments can try to exit from the global mainstream, for example by setting up their own technological standards. That was the official Japanese policy for two centuries, until military action rendered it impossible in 1853. By now, though, guns are probably not necessary. Chinese companies like Huawei Technologies may get kicked out of some markets, but over time citizens, thought leaders and businesspeople prefer world-class goods and services to lesser patriotic ones.

Still, the current rut is undeniable. Cross-border trade could stagnate for a few more years. That is enough time to schedule many international conferences on the decline of globalisation. And if travel remains restricted, scholars can easily share their concerns about decreasing unity over the World Wide Web. After all, communications are global and cheap, and the professional classes all speak the same language.

Edward Hadas is a columnist for Reuters