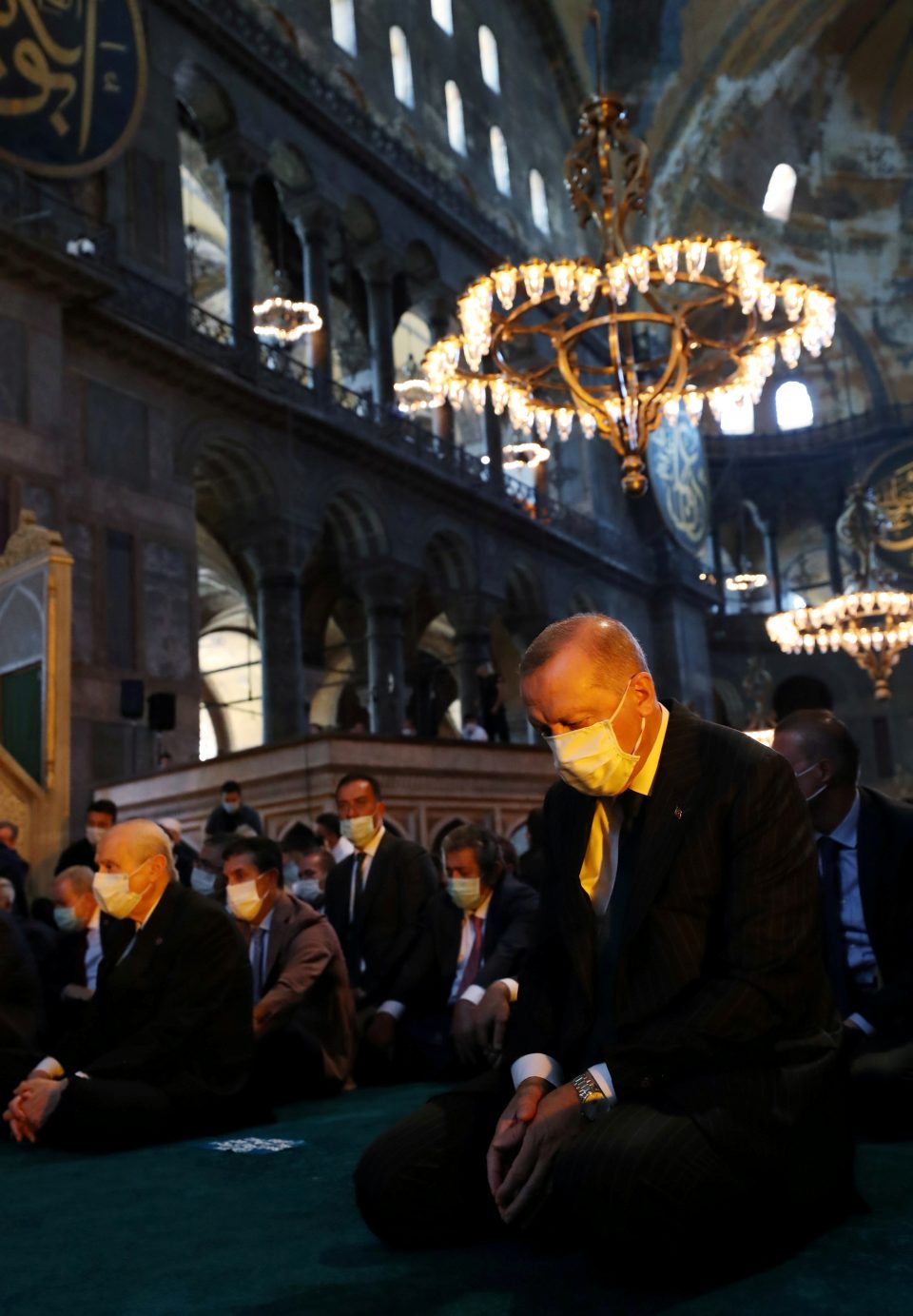 Was court decision on Hagia Sofia contrary to international law?

According to some modern thinkers history is as much about the present and future as it is about the past. And so it has been for Hagia Sofia that has just been turned into a mosque by President Erdogan following the decision of Turkey’s Highest Administrative Court of July 10, 2020,  reversing Kemal Ataturk’s decree  of November 24, 1934 to turn Hagia Sofia from a mosque into a museum.

The decision of the court has given legal cover to Erdogan under national law, but there are problems in the court’s reasoning in international law. The courts’  reasoning under the Convention on the Protection of the World Cultural and Natural Heritage 1972 is not as rigorous as one would expect in a case that has attracted international condemnation, not least from the UN agency responsibe for cooperation under the convention (Unesco).

The court held that the trust deed setting up the charitable foundation in 1470 that owns Hagia Sofia, provides that it was bequeathed to the foundation to be used as a mosque or related purposes.

In other words the fact that a secular state had taken over the management of the trust set up by the Sultan under Islamic law, did not alter the terms that identified Hagia Sofia as a place of  worship.

To be fair to Ataturk, he did not turn it into a museum in the strict sense of a building housing artefacts of universal value. Rather he designated it as an architectural masterpiece that was subsequently recognised by UNESCO as of outstanding universal value having been built as a church in 437 AD and used as a mosque from the conquest of Constantinople in 1453 onwards.

Ataturk expelled the sultan and abolished the Caliphate in 1924 and began dismantling the Ottoman administration based on Islamic Law, with a view to setting up secular state. As the nationalist commander who had retaken Istanbul in 1922 from the Allies, who occupied the city after Turkey’s defeat in World War I, he could be forgiven for believing that Hagia Sofia was in his gift to convert into a museum, since but for his skills as a great military commander and master tactician Istanbul would probably have been retained by the Allies – and given to Greece eventually.

But be that as it may, the criticism of the decision of the Highest Administrative Court, is not that Ataturk’s decision was beyond reproach, but that the court allowed a stale challenge to a decision made by Turkey’s top administrative authority as long ago as eighty six years, notwithstanding it was signed by Turkey’s founding father on the very day he assumed the role of Ataturk – father of Turks. Quo vadis Turkiye?

The justification provided in the judgment of July 10, 2020 for allowing a challenge so many years after the event was that Ataturk’s decision was in breach of the charitable foundation’s property rights which the state had a positive duty to promote and a negative duty to protect.

In public law the principle of legal certainty imposes time limits within which decisions of the administration must be challenged. In the UK it is three months. In the European Court of Human Rights it is six months and in the Court of Justice of the EU it is two months.

The reason for the shortness of the limitation period in public law cases is that it is not in the public interest for the machinery of government to be challenged many years after decisions of the administration are taken. Late challenges cause substantial prejudice to others and are detrimental to good administration.

Turkey’s Highest Asministrative Court took the Convention into account but held that article  6 –  translated from the Turkish original text  –  entitled Turkey to assert its sovereignty because “states that are parties to this Convention shall respect the sovereignty of the states in which the … cultural and natural heritage are located without damaging the property rights provided by national laws  that acknowledge that it is a universal heritage that must be protected by the intrnational community.”

The official English version of article 6 of the Convention provides that “Whilst fully respecting the sovereignty of the States on whose territory the … cultural and natural heritage is situated, and without prejudice to property rights provided by national legislation, the States Parties to the Convention recognise that such heritage constitutes a world heritage for whose protection it is the duty of the international community to co-operate.”

What appears to have been lost on the Turkish court is that like most international conventions this one also takes away sovereignty while professing respect for its importance.

It is the way international law works, which is why Unesco should have been consulted.

The proper way for the Turkish court to have proceeded was to have invited Unesco to make submissions as to the nature of any “legal commitments and obligations” to keep Hagia Sofia a museum made by Turkey that precluded the Adminstrative Court from allowing such a stale and insulting challenge to Ataturk’s olive branch compromise of designating Hagia Sofia a museum.

Park to be created on Nissi Avenue