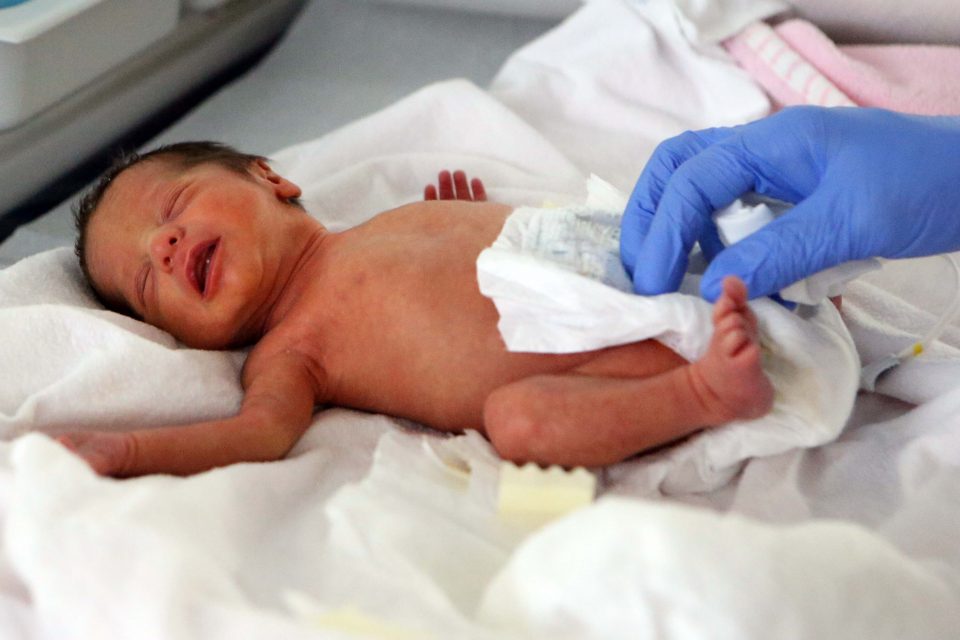 With caesarean sections now almost at 60 per cent, health professionals and NGOs are calling on the health ministry to provide more transparency and publish the number of procedures gynaecologists carry out.

Deputy chairman of the national gynaecological association, Gavriel Kalakoutis said the increasing numbers are a growing phenomenon across the world.

“My personal opinion is that in Cyprus, pregnant women ask for caesareans more easily and doctors more easily carry them out,” Kalakoutis told the Sunday Mail.

The latest figures show that in 2018, Cyprus had the highest rate of caesarean deliveries out of 31 European countries, with 56.9 per cent of babies born this way.

The World Health Organisation considers the ideal rate to be between 10 – 15 per cent.

Deputy chairwoman for NGO Birth Forward Ioli Orphanidou Eteocleous told the Sunday Mail there’s a plethora of reasons why C-sections are so common in Cyprus.

To begin with is the fear culture where women might want to avoid a natural birth so as to avoid labour pains.

“Think of the images women have from when they’re young, Hollywood movies just depicting a room with a woman screaming,” she said.

Naturally, pain is part of the process but Orphanidou said her natural labour the second time around (the first was a C-section she later realised was unnecessary) took 23 hours.

“Women are made to do this. Pain comes in waves and the peak is only three or four seconds. It’s so beautiful that at the end of the day, you don’t care about doing it again.”

C-sections are obviously sometimes necessary but she urges women to be properly informed.

“They need to know the risks. Natural childbirth carries risks but so does a C-section. It should be done only where necessary.”

Of course, another reason is financial.

“Time is money,” Orphanidou said. It’s not so much that doctors will charge more money for a C-section as opposed to natural labour, but the latter can last for hours whereas a caesarean can be ‘slotted in’ and the doctor can proceed with their day, perhaps scheduling even more.

Taking a step to counter the growing numbers of C-sections, the state health services Okypy earlier this week gave the Sunday Mail a tour of the natural childbirth unit at Limassol general hospital – the only state-run one across the island.

The unit at the hospital, called the Margarita Yiakoumi clinic which has been running since May last year, stays true to the definition of natural and remains intervention free. That means labour is not induced, there are no epidurals or procedures such as episiotomies, amniotomies carried out. In essence, no interferences from doctors.

The entire pregnancy and the consequent delivery is seen as a process, supported by a team of dedicated midwives on the ward.

Senior midwife Maria Constantinou said there’s a huge level of safety and security mothers can feel in the ward as it is housed in the hospital – meaning the ICU is next door, gynaecologists, anaesthesiologists, prenatal and paediatric doctors are available 24 hours a day, with the blood bank and lab downstairs, all of which can “immediately deal with any complications that can arise from childbirth or surgery.”

A water birthing tub is available, exercise balls and a birth support rope to help women manage pain and get the baby into position.

Another senior midwife on the ward Evangelia Vanezou said the list of advantages to a natural birth are endless.

“There is faster recovery, no restrictions after giving birth and even the confidence that a mother feels that she delivered naturally, in the way her body was designed.”

After a C-section, women may not be allowed to drive or struggle to lift their baby.

The unit featured in a documentary Birth Days, produced and directed by Danae Stylianou. Set to answer the question of whether medicalisation of childbirth has gone too far, it follows the path of women that choose to deliver naturally, with experts calling the number of C-sections “shameful”.

Chrystalla Magniti, the first woman to ever give birth at the unit said the experience was unforgettable. “I was surrounded with love, it felt so warm, like those people (midwives) were my family, as if I’ve known them for years.”

To this day, the midwives keep in touch with her, sending their wishes on her son’s birthday.

Kalakoutis said the associations’ guidelines to their members is to recommend natural births. Of course if a woman insists, her wishes must be respected.

Asked if there was concern if doctors could be potentially encouraging women to go for C-sections for their own interests, Kalakoutis said “there are always people who will try to cheat the system in any field but I think here it’s a minority.”

On the topic of what could be done, all stakeholders ranging from the midwives, Okypy, Kalakoutis and Birth Forward, say the common denominator is information.

According to Vanezou, many women do not even know that the option of a purely natural childbirth option exists. Yet when women see the room, they get really excited, and want to give birth this way, she said.

“Why not give women the choice? To let nature take its course and let the body do what it was made to do.”

Around 200 of the 341 vaginal births at the hospital took place in the specific unit, Constantinou said. The remaining were carried out by a doctor which usually entails some form of intervention – though not as far as a C-section.

At the unit, midwives implement skin-to-skin, delay cutting the umbilical cord so more stem cells can be transferred to the newborn and having rooming-in: where the infant can stay in the same room as the mother rather than a designated room where all babies are kept.

Orphanidou called on women to invest time in properly informing themselves.

“I tell women, think of how much time you spend to plan a wedding. You wouldn’t give carte blanche for the decorator to do whatever they want. Why not invest the same time to think about your birth?”

She also reiterated the importance of transparency.

“Women should be able to know the history of prospective gynaecologists and how many caesareans they’ve performed versus how many vaginal births.”

Kalakoutis agreed, saying that would be a good step.

The health ministry, responding to a Sunday Mail query as to what steps were being taken to tackle the C-section problem said a designated committee was set up earlier this year, aimed at promoting natural labour.

A strategy is currently being prepared by committee experts comprised of health ministry management, nursing and medical services, gynaecologists and midwives.

“It comprises of plans to train doctors and run a campaign to inform the public,” a ministry source said.

The pandemic pushed back a lot of the work that was to be done, making a roll out of the strategy this year unlikely, but it is more feasible it will be ready by 2021.

More information for the documentary Birth Days is available at https://www.birthdaysdocumentary.com/

To purchase or rent the film: https://vimeo.com/ondemand/birthdaysdocumentary