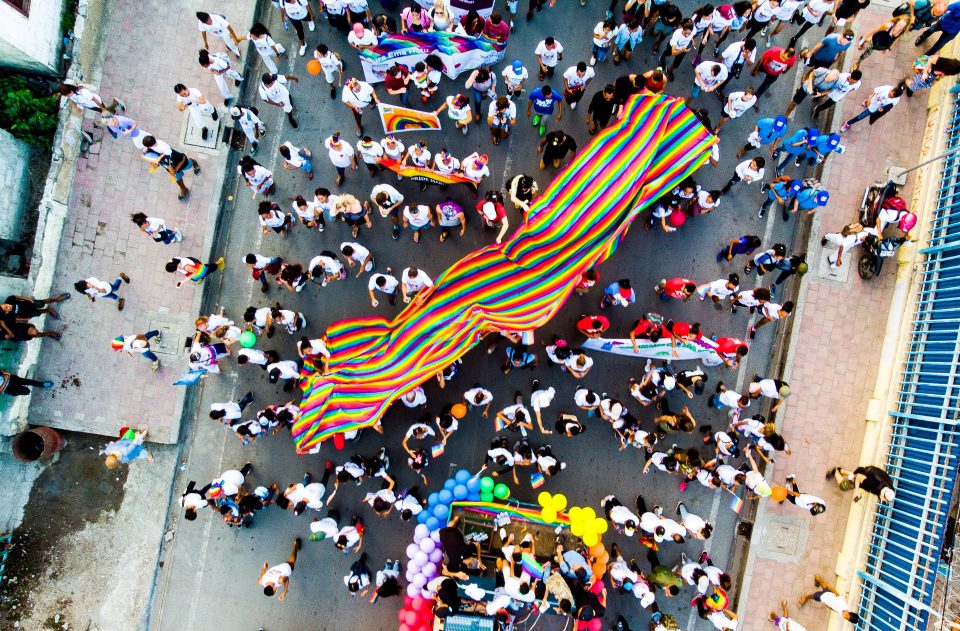 It’s a strange summer for festivals yet the lockdown, which has seen many of them cancelled, has brought on a lot of creativity. One new initiative developed from an idea brewed during the quarantine days is Cyprus’ first LGBTQ+ film festival, Queer Waves.

Coming in the first week of August, the festival is a response to the problematic, chronic absence of LGBTQ+ films from the Cypriot market, and focuses on films that have never been shown here before. In its pilot edition, to be held online, viewers from all over the island will enjoy a rich programme of award-winning short and feature films, combining fiction, documentary and animation.

“Cyprus is a country where very unhealthy stereotypes regarding gender and sexual orientation persist in 2020,” festival director Diego Armando Aparicio told the Sunday Mail, “so we see this as a chance to not only celebrate great cinema but to also initiate a much-needed social dialogue that will challenge certain prejudices. We owe it to ourselves, as well as future generations. The fact that LGBTQ+ films are hardly ever distributed in the country is something that should have bothered us a long time ago.”

The festival addresses the serious gap in the market for LGBTQ+ films and wants to bring communities closer together – one film at a time. “We believe in film as an art form that transcends personal experience, a medium that allows us to understand each other better, and to cultivate a more profound sense of empathy for one another, no matter our differences,” Diego added.

Despite its focus on the LGBTQ+ community and issues, Diego made it clear that Queer Waves is addressed and open to all. 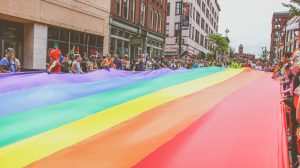 Its timing is crucial as well, as Diego explained. The beginning of the summer is when Pride celebrations take place worldwide. With the pandemic, all activities and events were cancelled around the world, including Cyprus. So the festival is an opportunity to bring together the community with its allies, and devoted cinephiles, in a celebration of love and human rights through powerful cinema.

“Another very important reason for choosing this summer was that we didn’t want to forget what this pandemic had made blindingly obvious worldwide: that any form of prejudice and institutional racism are illnesses that have severe long-term consequences when left untreated; and that coming together in solidarity is the only way forward. There is no time like the present.”

And though for outsiders it may look like things have greatly advanced for the LGBTQ+ community, there is still a long way to go. Invisibility, a lack of fair representation and the sense of not belonging are problems that still exist at the personal, social and political level, and it’s a vicious cycle as Diego pointed out.

“When there are laws in place that fail to even acknowledge the existence of transgender individuals, how can we speak of true equality in the eyes of the law?”

So in addition to shining a light on films that address LGBTQ+ issues or feature queer characters, the festival hopes to support and inspire the local community, and make it an annual event. “For the younger generations we hope it helps give them that extra bit of freedom we never had at their age. For creatives identifying as LGBTQ+: we hope a day will come when they won’t have to censor themselves. For the wider LGBTQ+ community: we hope this festival reminds them that they are worthy of love, that their experiences are valid, and that they are not alone.

“With the wide range of stories being presented in our programme, we hope that Queer Wave will make everyone feel more included and better represented.”

Queer Waves will be hosted on a VOD (video on demand) platform. Users will have to complete a simple, free registration with the VOD partner first to gain access and tune into the films although some of them will only be available to stream on specific dates, which the festival will announce soon on its Facebook page. Otherwise audiences are free to stream what they like at any time. Another factor to note is that there will be a capped number of tickets per film.

Nevertheless, there will be plenty to enjoy, learn and be introduced to. Most of these films have never screened in Cyprus before, and none of them have received a proper theatre release. Expect films that have been screened in Cannes, Venice and Berlin in recent years, as well as smaller titles.

With the festival taking place virtually (queerwave.com), Diego and his team still want the public to be and feel involved. So, audiences will be given the role of the judge to decide which films receive the two awards; one for best short and one for best feature film.

But why is Queer Waves happening online when the country and its cultural agenda has started to open up again? “We started organising the festival a while before we knew when and how the country would reopen. The alternative would have been to organise the first-time initiative physically, under the constant threat of extinction by a second wave of infections – so we decided against it,” Diego said.

“Moreover, we are given the unique opportunity to involve audiences from every corner of the island. This includes people who may not have been able to attend a physical event, and, crucially, the Turkish-Cypriot community. We are very happy to be able to offer about three quarters of our full programme to the northern side, and to also be able to share part of our short film programme globally.”

Masks to be compulsory at more indoor public spaces in Greece