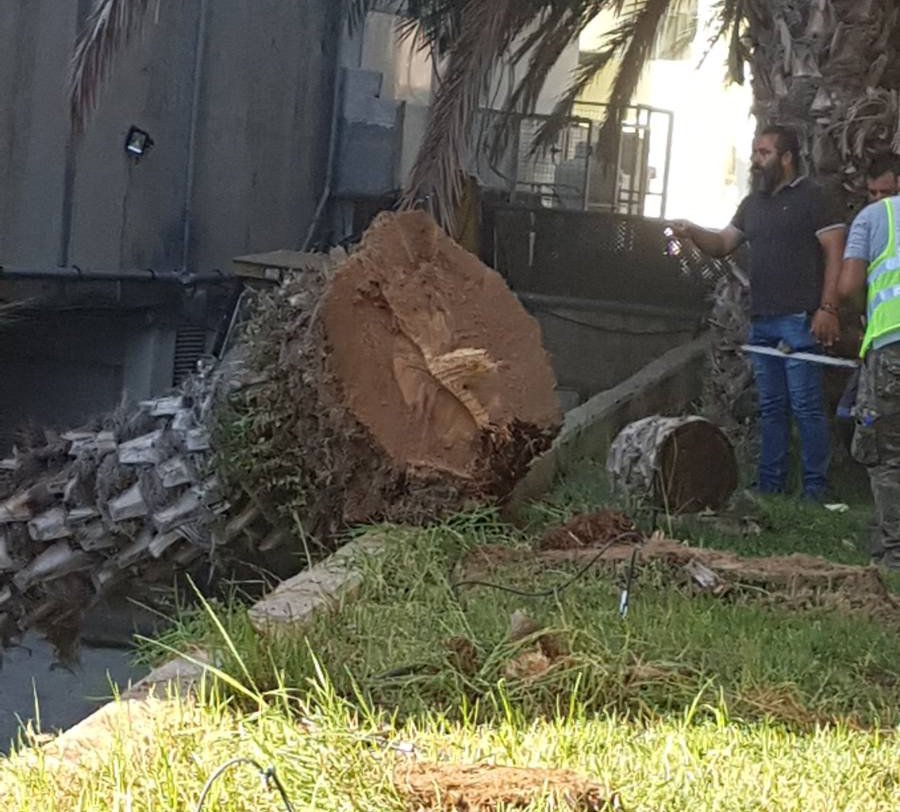 One of the trees cut in Paphos

The Paphos Greens stepped in to attempt to prevent the felling of around 16 well-established palm trees in Kato Paphos on Monday, but it was too late to save 12 of them.

“This morning crews of the Paphos municipality began clearing a number of large palm trees in Kato Paphos. The palm trees are located in two lines on a pedestrian street,” Andreas Evlavis of the Paphos Greens told the Cyprus Mail.

A side passage next to Papantoniou supermarket in Kato Paphos was home to around 16 or so very large palm trees that are 40 years old or more. Only four remain, he said.

Following a number of calls from concerned members of the public, some of the very upset and even tearful, Evlavis stepped in.

“They tried to cut them before, and we stopped them. I called the forestry department and they didn’t know anything about it. They went there and determined that although the municipality had a permit, it had expired. They had already cut 10 or 12 by then and there are only four left.” 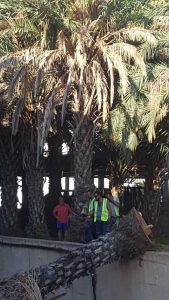 Evlavis spoke to the mayor of Paphos, Phedonas Phedonos, and confirmed that the municipality was responsible for cutting the trees, and that they had previously applied to the council of ministers in Nicosia for permission, which had been granted.

“The mayor said that the municipality will create something there, but this is not right. There is no reason to cut these trees. Some people don’t like palm trees, but they have some beauty.”

Evlavis said that there is ‘never an explanation’ or cooperation with the forestry department in such cases but they should know everything that is going on.

“The problem is clear, there is no respect for the trees in Paphos town. You can make a town clean without cutting trees. There is no excuse to cut trees and certainly not because you don’t like them, which is often the case,” he said.

“We have been fighting for many years with various authorities, but no-one takes cutting down trees seriously. We need to save as much as we can in the town and now, before it’s too late.”

Our View: With new leader, perhaps the Greens can now focus on green issues