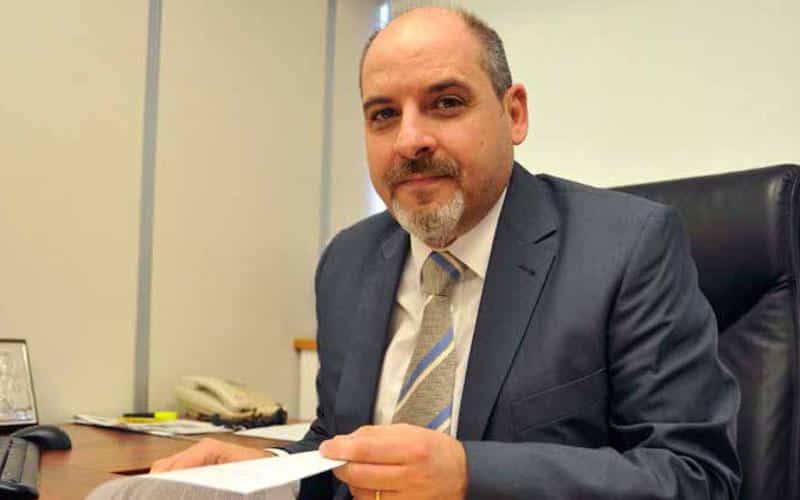 Three MPs, and two senior officials from centre-right Diko announced on Tuesday they were resigning from the party for political reasons and forming their own party.

The sudden announcement came following a meeting of the president and the party leaders to discuss recent developments.

The three MPs, Georgios Prokopios, Angelos Votsis and Marinos Mousiouttas, issued their withdrawal from the party in a joint letter that also included the party’s vice president Alecos Tryfonides and Christos Tsingis, a member of the central committee.

“This is a decision we take with responsibility and consistency with our principles, philosophy, ideology and history and is based on purely political reasons,” they said.

The MPs said they had sent a detailed letter to Diko leader Nicolas Papadopoulos.

“Our disagreements are purely political and they are basic disagreements,” the joint statement added. “Even despite the ongoing war [within the party] that we faced and the repeated marginalisation, we remained in the party hoping that things would change for the better. Unfortunately, we were not listened to.”

They said that as a separate group they would continue to represent their constituents.
“We are taking the initiative to create a political platform that will be addressed to all citizens who embrace the ideological position of the broader centre. This was, after all, the mandate given to us by the citizens, to serve their interests and to help our country move forward.”

In their detailed letter to Papadopoulos, the five party members said that when he took over as party leader almost seven years ago, some believed there was a will for change, and they were willing to give it time.

It added that the Diko of moderation, composition and prudence, had been transformed into a small closed group “that surrounds you, where one decides and the rest either have to follow or are marginalised”.

“The examples are many, very recent,” they added. “The collective party organs have long acquired a decorative character. The party hierarchy abused daily”.

The five also said that wider political issues such as the economy and the Cyprus issue had been shelved.

Beyond the complete discrediting of internal party processes, institutions and executives the letter said the most tragic was the change in Diko’s relationship with the other political parties in its attempts to seek cooperation with the ruling party, a collaboration which until recently “you had accused of  outdated perceptions”, they told Papadopoulos, adding that he had burned bridges with the other parties and former coalition partners.

“This is definitely not Diko,” the letter said, suggesting the party had become “the tail” of government and a spectator of developments and in so doing “losing its political stature”.

“All of us from time to time, even in our private meetings, have repeatedly pointed out to you the problems, weaknesses and the wrong course, without any result and without our views being taken into account,” the letter said.

“Our decision to resign… has been taken with great pain but it is a political act of responsibility and consistency towards our principles as the Diko world that watches in frustration the party they loved being led with mathematical precision to decay, a course which bears exclusively your personal stamp.”

Diko called the move a ‘betrayal” of the party and the people who supported it for so many years.

“As usual, the dissidents serve the plans of those who have been undermining Diko for a long time, annoyed by the correctness of the party’s positions and by its insistence on an assertive policy in the Cyprus issue and on the protection of the middle class,” a statement said.

Diplomacy, military upgrade: parties split on how to deal with Turkey (updated)