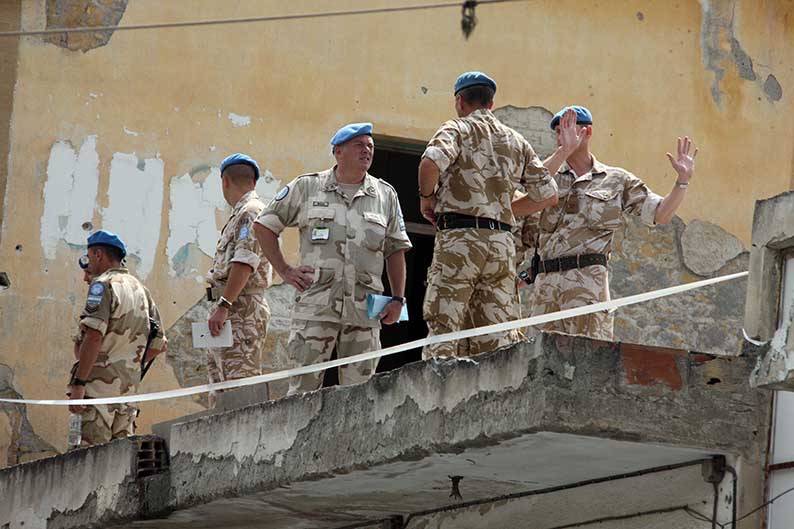 Unficyp soldiers on the green line in Nicosia

The Turkish Cypriot said on Tuesday the UN security council resolution to renew Unficyp’s mandate was unfair as it allows the Greek Cypriot side to guide the agenda to divide the people.

According to a statement by the ‘foreign ministry’, the closure of the checkpoints “violates freedom of movement and is aimed at weakening the Turkish Cypriot economy and tourism.”

The statement added the reason for the growing tension on the island and the region is the maximalist approach of the Greek Cypriot side, which constantly excludes the Turkish Cypriots from the distribution of hydrocarbons.

“It is a big deficiency the Security Council does not call for cooperation, diplomacy and dialogue to reduce tensions,” the ‘ministry’ said.

It added if the Security Council is seeking to reduce this tension, it is necessary to call for cooperation in the eastern Mediterranean, to create interdependence between both sides of the island.

The resolution avoids coming to conclusions that could lead to correct and positive results for the island and the region, the ‘ministry’ said.

It suggested the reasoning for avoiding these conclusions is political.

The resolution also failed to include emphasis given by the UN Secretary General to cooperation on the economy, trade, tourism and policing.

“With this approach the Security Council clears the way for the Greek Cypriot side, which is avoiding cooperation with the Turkish Cypriot side, to meet its intentions,” the statement added.

“The Turkish Cypriot side is an equal partner on the island and is ready to take all the steps for cooperation, diplomacy, and dialogue for stability and security on the island the region,” the statement said.

The statement added the Security Council’s role is to encourage the Greek Cypriot side in this direction.