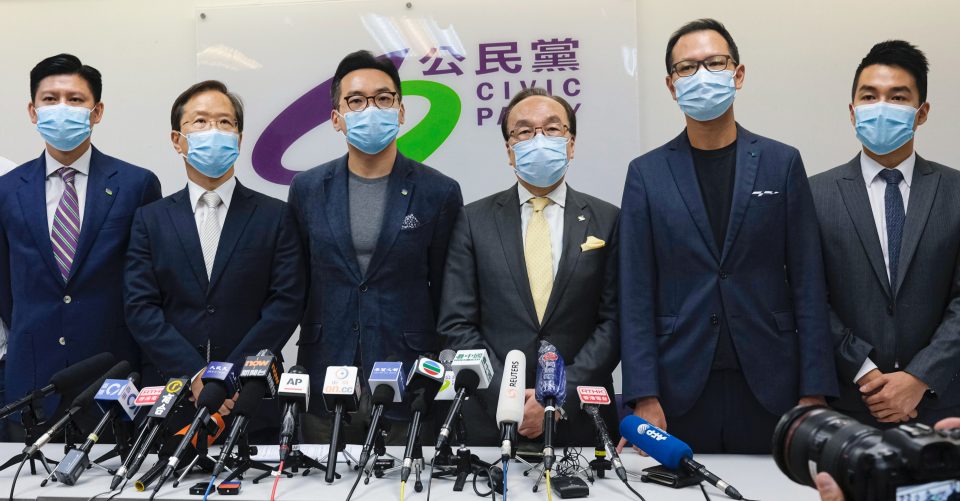 Hong Kong on Thursday disqualified a dozen pro-democracy candidates from running in a key election, citing reasons including collusion with foreign forces and opposition to the new China-imposed national security laws.

It was the most sweeping move yet seen on the city’s electoral freedoms, with even moderate democrats targeted. Some critics including Hong Kong‘s last British governor Chris Patten called it an “outrageous political purge”.

Those disqualified included pro-democracy activist Joshua Wong, some members of the Civic Party, a moderate, old-guard opposition group, and others who won an unofficial “primary” vote held by the opposition camp this month.

The move comes one month after Communist Party rulers in Beijing announced the national security law that reins in dissent in the semi-autonomous city. It could also steer China further onto a collision path with the West.

The government said there could be more disqualifications.

Critics said the move sought to curb the ascendancy of a young, more defiant generation of democrats after an overwhelming win in last year’s lower-level district council elections.

“Clearly, #Beijing shows a total disregard for the will of the #Hongkongers, tramples upon the city’s last pillar of vanishing autonomy and attempts to keep #HK’s legislature under its firm grip,” Wong tweeted.

Chances for a historic majority in the Legislative Council, or mini-parliament, for the opposition camp will take a further blow if the government decides to postpone the Sept. 6 vote, as expected, amid the coronavirus pandemic.

Hong Kong has disqualified candidates before but not on this scale. The disqualification of Civic Party candidates signals Beijing is becoming less tolerant of even moderate democrats, who have for decades been a vocal opposition in the legislature.

“The government is constructing a CCP (Chinese Communist Party) assembly in Legco to eliminate most of the opposition voices,” Nathan Law, a pro-democracy activist and former lawmaker who was kicked out of the legislature, said on Twitter. Law fled Hong Kong for Britain earlier this month.

The Civic Party said its existence is not confined to the legislature, often referred to as Legco, and it will continue to work for its values.

“When the regime wishes to enslave us, the best thing to do is to stand firm and tell the regime we would not change,” said Civic Party member Kwok Ka-ki, who was among those disqualified.

The government said advocating self-determination, soliciting intervention by foreign governments, or “expressing an objection in principle” to the enactment of the new security law was behaviour that “could not genuinely” uphold the city’s mini-constitution, the Basic Law.

Candidates are required by law to pledge allegiance to Hong Kong and the Basic Law.

The government said there was “no question of any political censorship, restriction of the freedom of speech or deprivation of the right to stand for elections as alleged by some members of the community”.

Beijing’s top representative office in the city, the Hong Kong Liaison Office, said in a statement it supported the disqualifications as the candidates aimed to “paralyse the government” and “subvert state power”.

Beijing introduced the security legislation to punish what it broadly defines as secession, subversion, terrorism and collusion with foreign forces in the former British colony.

Critics of the law say it erodes basic rights and freedoms, guaranteed when Hong Kong returned to Chinese rule in 1997, while supporters say it will bring stability after a year of often-violent anti-government and anti-China unrest.

The Inter-Parliamentary Alliance On China, a coalition of over 60 lawmakers from countries including the United States, Britain, Canada and Germany, said the moves were “unacceptable obstructions of the democratic process in Hong Kong and raise further concerns about the erosion of rights and freedoms.”

In Taiwan, which is claimed by China, the ruling Democratic Progressive Party said recent political developments in Hong Kong “went entirely against the principle of democracy and the rule of law, as well as basic human rights”.

Coronavirus: brace for new decree on masks after cases spike