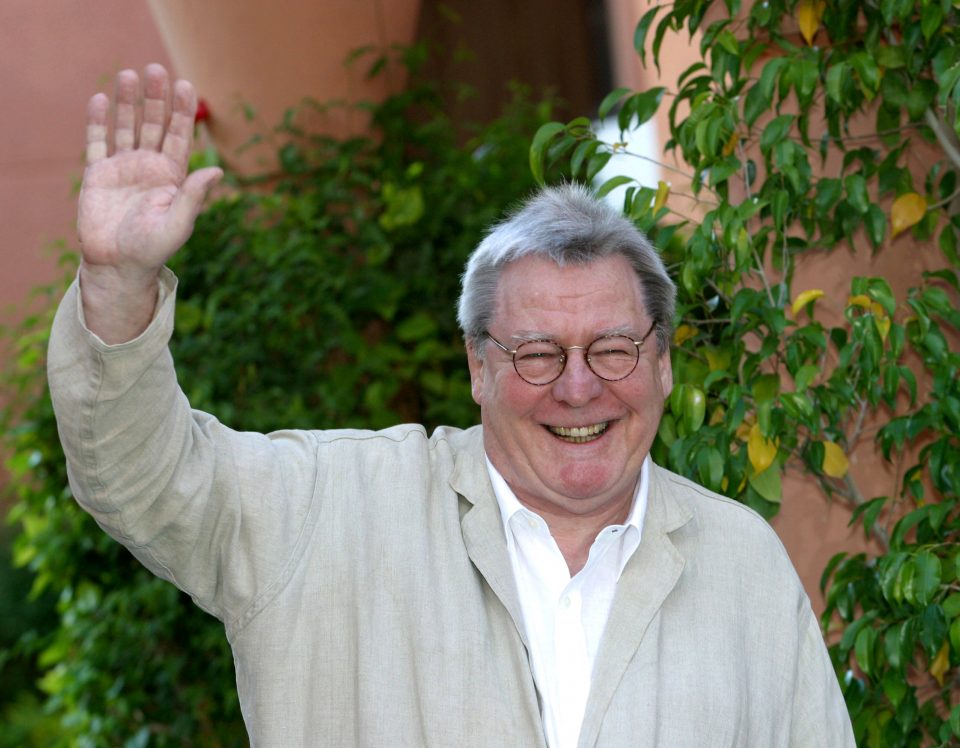 FILE PHOTO: British Director and Film Producer, and President of the Jury Sir Alan Parker smiles during the opening of the 4th Marrakesh International Film Festival December 6, 2004 in the Moroccan city of Marrakesh. REUTERS/Jean Blondin/File Photo

Parker, who also directed “Fame”, “Mississippi Burning”, “Evita”, “The Commitments” and other successful movies, died after a lengthy illness, a spokeswoman said.

Known for his eclecticism, Parker was equally at ease in the worlds of musical comedy and of hard-hitting true crime drama.

“Bugsy Malone”, Parker’s highly original feature film debut in 1976, was a musical parody of Prohibition-era gangster movies, performed entirely by children. It featured a young Jodie Foster as the glamorous singer Tallulah, and other child actors who went on to have successful careers.

Parker followed up with “Midnight Express”, based on the true story of an American man imprisoned in Turkey for smuggling hashish. The film won two Oscars, including one for Oliver Stone, who wrote the script.

Again moving in a different direction, Parker then made the gritty musical “Fame”, about the highs and lows of the lives of performing arts students in New York – a huge commercial success that spawned a spin-off TV series.

He also directed the film “Pink Floyd – The Wall”, which was inspired by the rock band’s hit album of the same name.

The actor Matthew Modine tweeted to say “Being cast in his epic film, Birdy, transformed my life. Alan was a great artist whose films will live forever”.

“Mississippi Burning” starred Gene Hackman and Willem Dafoe as FBI agents investigating the disappearance of three civil rights activists in the 1960s. The film was based on true events, although it deviated from the facts in some important ways.

Although widely acclaimed at the time, garnering seven Oscar nominations and winning one, the movie was also criticised by some in the Black community. Critics objected to a lack of Black role models, and what they saw as a narrow focus on the white FBI agents.

Parker later returned to music, with commercial success, directing “The Commitments”, a comedy about a short-lived soul band in Dublin, and “Evita”, based on an Andrew Lloyd Webber musical and starring Madonna in the title role.

Lloyd Webber said Parker was “one of the few directors to truly understand musicals on screen”.

Parker also made a film version of “Angela’s Ashes”, based on the bestselling memoir of the same name by Frank McCourt.

British filmmaker Edgar Wright, director of “Shaun of the Dead” and “Baby Driver”, was among many figures from the world of cinema who named Parker as an influence.

“His incredible run of hits as a British filmmaker gave immense inspiration to me,” said Wright, adding that he had twice parodied Parker’s “beguiling” debut “Bugsy Malone” and wanted one of the songs from that film played at his funeral.

Parker received honours in Britain for his achievements in filmmaking, including a knighthood in 2002. His films won a total of 19 British film academy awards (Baftas), 10 Golden Globes and 10 Oscars.

The Academy of Motion Picture Arts and Sciences, which awards the Oscars, called him “an extraordinary talent”:

“His work entertained us, connected us, and gave us such a strong sense of time and place.”

Parker is survived by his wife Lisa Moran-Parker, five children and seven grandchildren.