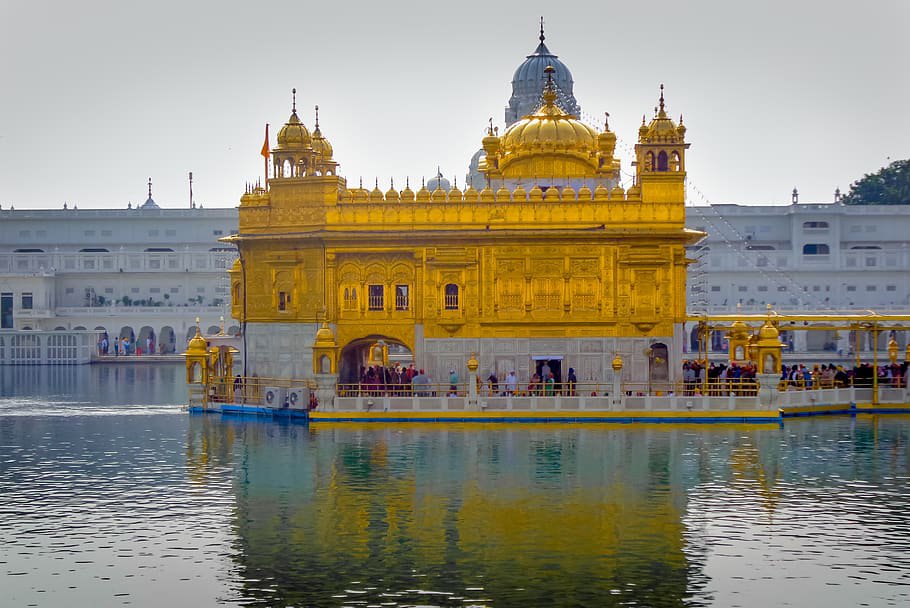 Right up in the north of India lies Punjab: the Land of the 5 Rivers. It’s a place of remarkable beauty: undulating hills and endless fertile plains which, in the south, merge into the Great Indian Desert. Here, life divides neatly into three seasons: the Cold, the Hot, and the Rains – the current season, running from July to September, which brings life and joy to the land. Rivers swell, flora and fauna proliferate, and women often return to their ancestral homes to celebrate the monsoon festival of Teej with dancing, singing, and swinging.

Eminently fun-loving, and very gregarious, the people of the Punjab love any excuse for a gathering: festivals abound, and there’s a very rich tradition of story-telling, poetry, music and dance. 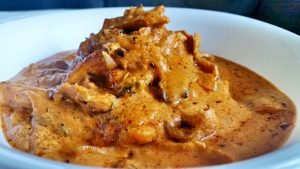 Like the state’s people, the cuisine is fairly full on: richly and wonderfully flavoursome. Thanks to the abundance of agricultural land, the Punjab is the unofficial bread basket of the nation, and there’s plenty of wheat and rice to go around, along with all sorts of veggies and meat. But it’s what you do with the ingredients that counts here: this is the state that invented tandoor cooking, and consequently is responsible for tandoori chicken.

But it’s probably dairy which most typifies Punjabi fare: everything comes with a liberal dose of ghee (clarified butter); and the state has one of the highest capita usage of dairy products in India. Milk is used for tea, coffee, butter, and buttermilk, as well as in dahi (yoghurt) and paneer – the traditional Punjabi cottage cheese. And if there’s one dish that could be said to epitomise the region’s cuisine, it’s probably butter chicken…

Also known as chicken makhani, this delicious dish includes marinated chicken cooked tandoori style in a thick, buttery tomato gravy brimming with herbs and spices. Chilli powder, masala, turmeric, ginger, garlic, cinnamon, cloves, and cardamom are just a few of the condiments used to enhance the flavour, along with a liberal dollop of cream, making for a dish that’s simply scrumptious; a tantalising taste of the Punjab!