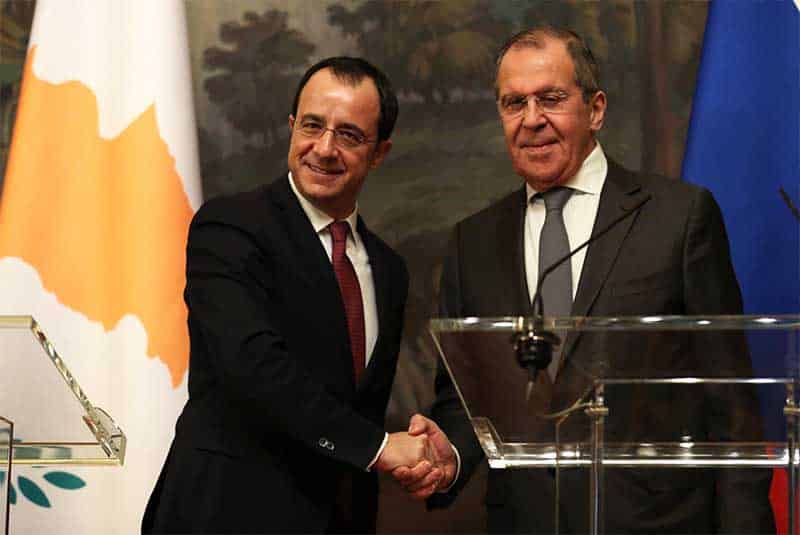 There is one further discussion to be held between Russian and Cyprus negotiators in August, sources close to the negotiations told the Cyprus Mail on Friday.

It is still possible for Cyprus to obtain changes to the terms proposed by Moscow, the sources said, because a draft has not yet been finalised. Cyprus negotiators are seeking to have exceptions made to the 15 per cent tax on dividends paid from Russia to Cyprus and on outbound interest payments that Russia is seeking to impose.

One source suggested that Cyprus can still offer a quid pro quo in exchange for the exceptions and changes to the regime that the island is proposing.

Cyprus would also like to see that it will be treated comparably with other countries, on a level playing field.

Those negotiations will be the final ones before the accord is drafted and presented to Russian Minister of Foreign Affairs Sergey Lavrov when he makes an official visit to Cyprus in September — presumably for the signing of the final agreement.

Under the current double tax agreement, dividends payable from the Russia to Cyprus are taxed at reduced rates from 5 per cent to 10 per cent, depending on the asset contribution of a Cypriot resident entity to the Russian company that making the payments.

Initially, Russia had threatened to simply terminate its tax treaty with Cyprus, as it has with Malta, unless the new treaty terms will be accepted.

The Cyprus side had proposed making several exceptions in the new agreement and exempt from higher taxes state-run companies, enterprises with securities listed on the exchange and legal entities, whose operations are supervised by investment groups. However, the Russian side reportedly considered that the proposed number of corporate types was too large.

While it is not clear if any of these exceptions will emerge from the negotiations, it is also not clear that companies affected by the changes would immediately seek a change of domicile. There are numerous advantages to a permanent establishment in Cyprus, and the low withholding tax is only one of these.

Russian companies that are to be affected by these changes are holding companies, of which a great many are established in Cyprus, those financial services companies that offer interest on investment, and the owners of patents and trademarks, which have been transferring royalties under licensing agreements.

With the price of oil hitting record lows in the past year, Russia is under severe pressure to raise revenue in whatever ways it can. Cyprus is only the first country to be faced with a new double taxation treaty. Many countries with low-tax regimes like Luxembourg, Jersey and the Netherlands  will soon be faced with the same kind of challenge.