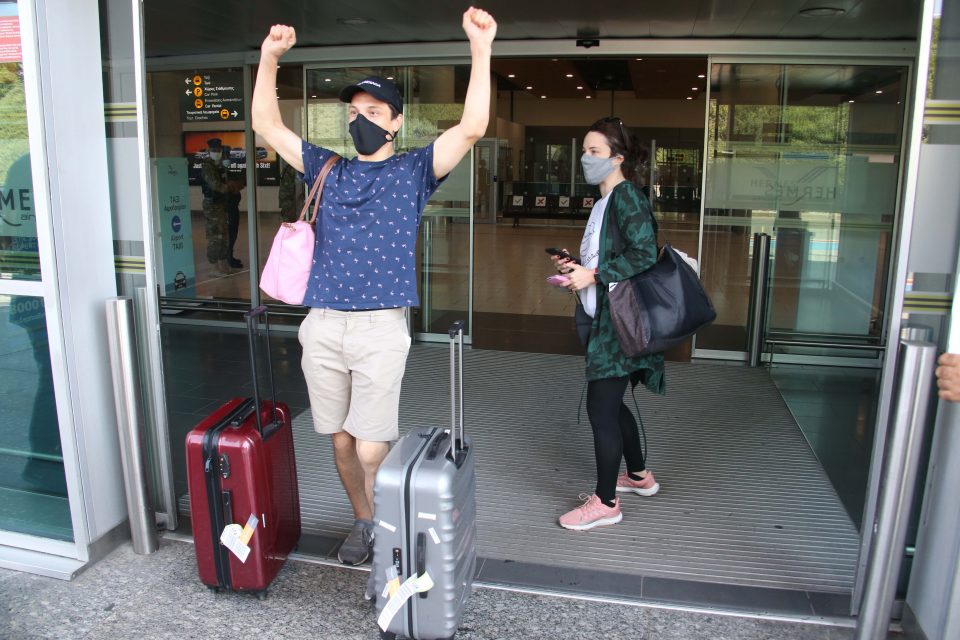 The first tourists from the UK since it was placed in category B arrived in Cyprus on Saturday amid more than a week of confusion surrounding Covid-19 testing requirements and the increased hassles of travelling during a pandemic.

At the airport to greet the arrival of the first two flights from the UK was Transport Minister Yiannis Karousos who told media there that a total of 155 passengers were on one flight, a British Airways flight from London, and 78 on the other arrival, an easyJet flight from Bristol, which landed at 1.45pm, 15 minutes before the London one.

“They were both at 65 per cent capacity, which for the first day is encouraging,” Karousos said.

No one was sent back away for having the wrong paperwork. Either they were carrying the correct UK tests, or they were people with Cypriot ID or legal residence who can get tested on arrival.

Karousos said all paperwork has to be in order before people were allowed on the aircraft at the origin airport. He told the Cyprus Mail later on Saturday that if there were any concerns about any passenger’s documentation when they land, they would be retested at the airport.

Karousos said that in the first week of having Britain in category B, a total of 66 flights were expected from the UK.  Asked if there would be increased traffic from Britain, Karousos said: “Day by day and month by month if measures are followed we expect passenger traffic to increase.” However, some UK operators have cancelled their flights to Cyprus until mid-August hoping the UK will be placed in category A, which does not require tests.

Karousos said if the epidemiological data in Britain continues to improve, “then this country will be upgraded to category A accordingly,” he said. “The more countries that are classified in category B and A, the more passengers we will have and it will increase the tourist flow to Cyprus,” he added. However, Cyprus has itself just this past week experienced a rise in cases, which could also affect people’s decisions to travel here if the uptick continues.

On Saturday however, those who made it were cheerful and seemed relieved to have finally made it. Those who spoke to the Cyprus Mail said they were satisfied by the protocols followed on their flights and at the airport.

The first passenger to exit the arrivals hall from the London flight was a Briton named Ben who raised his hands in the air for the media waiting outside, saying said he was “glad to be here”.  He added: “I had a good flight.”

Commenting on having to get the PCR tests required by the Republic for entry, Ben said at first it was a little bit confusing.

However, he said after following the process in the UK, “You can get the test pretty easily.”

On filling out the CyprusFlightPass required by the government, Ben said: “Yesterday, we were trying to get the flight pass and it wasn’t working, but then they updated it, and it was all good.”

Another British woman, who did not wish to be identified arrived with her family from Bristol.

“It was a bit testing getting the tests done,” she said as announcements about the process and what tests were acceptable by Cyprus were made only a few days before the flight. “The timing was a bit of a worry,” she added.

The woman said she and her family come almost every year to Cyprus, and they stay for approximately three weeks or a month.

“If it had been for only a week, it would have been difficult,” she added.

Another British man, who arrived from Bristol, said the information about accepting the NHS tests with specific details was only updated on Friday night.  “They are kind of slow in their announcements,” he said.   The man said he comes to Cyprus every six weeks to see his wife, and he has been away for six months.

A UK Cypriot, Angela said she came on holidays and to see her relatives.  Asked about the tests she said she paid approximately 60 pounds sterling, and the cost was worth it for her and her family.  “We love Cyprus, we come every year,” she said.  Cypriot nationals and legal residents can get tested on arrival.

Asked if she was concerned about the coronavirus, Angela said she had contracted Covid and gotten over it. “It was difficult, but it is something we all have to deal with nowadays,” she said.

However, another passenger arriving from Bristol, Pericles, said he had difficulties as they were Cypriot ID holders and were planning to get the tests done in Cyprus.

But, when they went to get on the plane, it was announced that people would not be allowed on the plane without a test, causing confusion.  He said eventually the issue was resolved.

One passenger from London, Chris, also British, said it was a bit “scary” getting his test results as the place he was tested said it would arrive within 72 hours but his flight was the next day. However, he added the results arrived at 9pm that night and things went smoothly from there.

Commenting on the random testing done at airports, Karousos said as of Saturday 1,000 random tests would be carried out on flights selected by the health ministry.  He said all the passengers on the selected flights are tested when they land. They are informed ahead of departure.

Can you count the stars in California’s high desert in VR? | 360 video