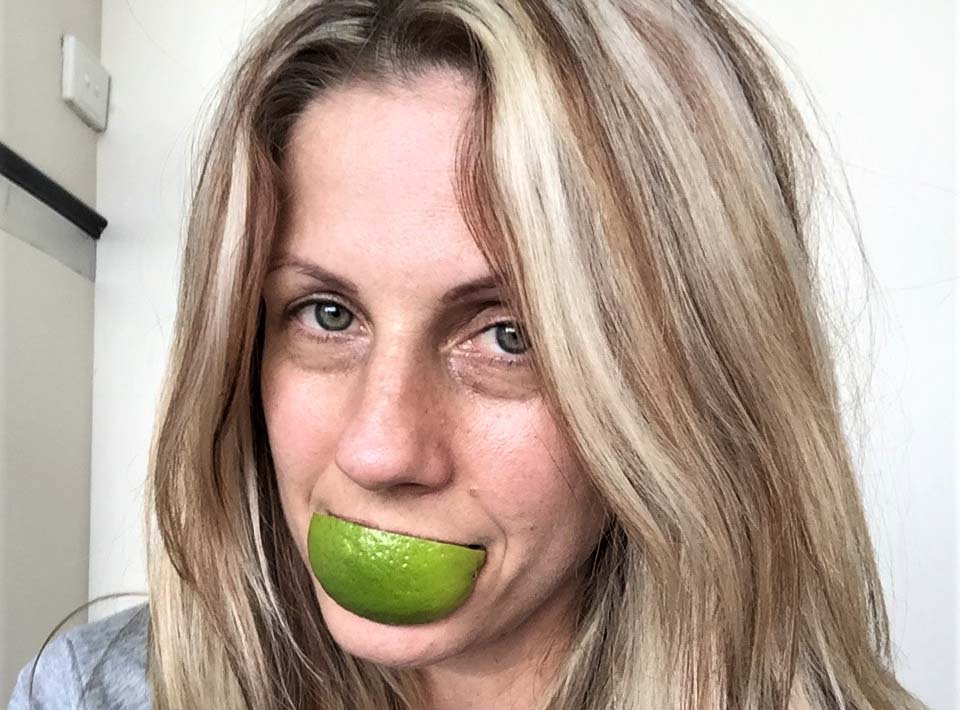 Five years ago, Alex Patsan thought she was going to die – another victim of an illness the Australian government barely recognises.

Unable to walk or talk properly and lacking the strength to even cut up an apple for her children’s lunchboxes, the mum-of-two began the heartbreaking task of preparing her family for what seemed like the inevitable end to her battle with Lyme disease.

“It was 2015,” she said, “and it was my worst year. The pain was terrible and the inflammation in my brain was so bad I remember thinking I better prepare my children in case I didn’t make it.

“I had friends within the Lyme disease network who had died of aneurisms or strokes and I thought this could take me too. I had to do something.”

With nothing to lose, Alex flew halfway around the world to Cyprus to receive treatment at a Limassol clinic specialising in chronic illnesses. Today, Alex has her life back.

“Some damage remains,” she admitted. “There’s a little arthritis left, but I can push a trolley, I can drive, I can make beds, I can make lunchboxes, I can return to work and I can play with my kids.

“The treatment I received was life-saving.”

Lyme disease is an infectious illness caused by the bacterium known as Borrelia, most commonly transmitted by tick bites. As many of the symptoms aren’t unique to Lyme disease, patients are often misdiagnosed at the start of their illness leading to a battle with chronic pain that can last for decades.

In recent years, there has been greater awareness of the infection, thanks in part to celebrity sufferers such as Justin Bieber and Avril Lavigne publicly talking about their private health battles.

Lyme disease is estimated to affect 300,000 people a year in the United States, approximately 65,000 people a year in Europe, and there are more than 2,000 medically confirmed cases, though the Lyme Disease Association of Australia  believes there could be “many more, perhaps in the order of hundreds of thousands, undiagnosed cases”.

It’s a startling statistic that Alex believes could be accurate after experiencing her own descent from a healthy, basketball-playing, energetic young mum to a near invalid within the space of five years.

“I was traditionally really healthy,” she said. “Then, towards the end of 2011, I started to become unwell starting with arthritic pain in my joints and a stiff neck. I went down pretty quickly after that to the point where I couldn’t walk properly, I couldn’t talk properly, I had the shakes and life was getting worse day by day. It was very scary.

“I was consumed by this feeling of absolute weakness. I couldn’t even stand up in the shower. I had to have a bath or use a shower chair and for someone to go from playing basketball and tennis to this was really quite shocking.”

After consulting her GP, Alex underwent a number of tests, the results of which revealed nothing diagnostic, increasing her concern because it was clear there was something very much wrong with her.

Finally, after blood samples were sent to Germany and America, Alex was diagnosed with Lyme disease and the multiple bacterial infections associated with it. The mum-of-two from Newcastle, New South Wales, then began an extensive course of antibiotic treatments. This lasted for more than three years.

“There’s no one known successful protocol with antibiotics,” Alex explained. “Some people are good with antibiotics, some aren’t, some only have to be treated for a couple of months, some reach a chronic stage where the bacteria gets into the joints, brain and nervous system, as in my case.”

In 2015, Alex began to accept that there was a real possibility she might die from the disease and looked abroad for help, which is how she came across the Neomed Institute of Wellness and Rehabilitation based in Limassol which offers ozone therapy, said to be one of the most effective antimicrobial treatments available.

“I was blown away by the experience,” Alex said. “Cyprus was a beautiful oasis and the people there were amazing, they were so giving and kind.

“No promises were made, but they told me they would do their best to get my body to the point it could start fighting infections by itself.

“When I returned home, I started slowly feeling the gains. Six months later I felt I had gone a few more rungs up the ladder and started to get excited.”

The Neomed Institute sees some 300 international patients a year. Many come from Australia, but the medics also see patients from the US, the UK, Israel, Oman and the Middle East.

Board member Anthony Voscarides, said: “We are basically treating chronic disease. When immune systems are disrupted, people get sick, they get chronically sick, and this further degrades their immune system. It’s a vicious circle. So, everything we do centres on the restoration of the immune system function.”

David Romeo is another Australian who initially went down the road of conventional medicine after contracting Lyme disease before finding his way to Cyprus earlier this year.

The 36-year-old from Melbourne said: “It took a good ten or eleven weeks, but I noticed a decrease in dizziness and a slight increase in general alertness.”

Like Alex, David’s descent into ill health was quick and extreme.

“I was in the gym just doing my normal stretching exercises and all of a sudden I got this severe attack of vertigo. I found myself gripping the floor for about 20 seconds. I had no idea what was going on. I thought my brain was about to fall out.”

After this first attack in 2016, David suffered with constant nausea and dizziness before falling under “an avalanche” of other symptoms.

“The next thing I suffered from was chronic fatigue. I would wake up after ten, sometimes twelve hours of sleep feeling like a train wreck, like I’d just come back from a four-day festival.”

Struggling to hold down his recruitment business and after consultations with 20 doctors including GPs, ENT specialists, neurologists and tests for lupus, MS and Chronic Fatigue Syndrome, David began to lose hope.

“Nobody could understand what was going on,” he said. “It was super frightening and eventually I completely broke down due to all of those symptoms amassed with a whole array of medical professionals telling me nothing was wrong or I was mentally sick. I knew I had to move to Europe.”

Over the years, David estimates he must have spent up to AUS$90,000 seeking answers from a variety of sources as he searched for help.

Although Alex didn’t want to put a figure on the money she has spent, she admits it is “significant” amount.

“Disease is a great humbler,” she said, “and I feel like I am probably a better version of myself than I was before.

“I am very fortunate to be in remission, though I do carry guilt that some of my friends in Australia haven’t had the opportunities that I have had and they are still very sick.”