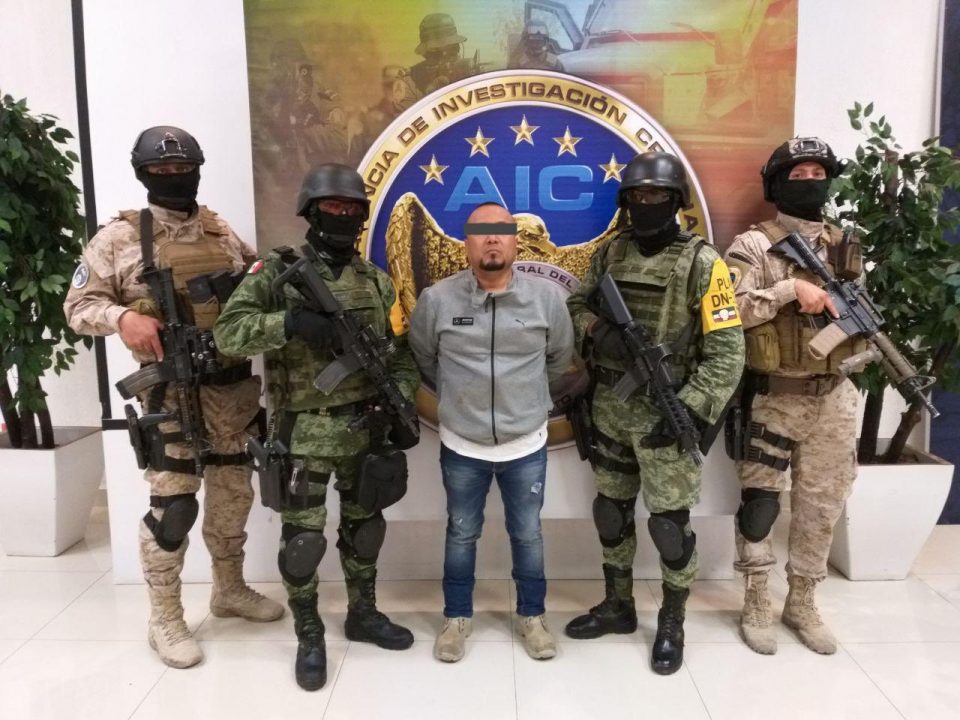 'El Marro' was arrested in a joint operation between Mexico's state and federal forces. Twitter/@diegosinhue

The Mexican Army and state security forces have captured Jose Antonio Yepez, a prominent drug gang leader blamed for helping to fuel a major surge in violence in the country in recent years, authorities said on Sunday.

Widely known as “El Marro” (The Mallet), Yepez was captured in an operation carried out early on Sunday morning, according to the federal government and authorities in the central state of Guanajuato, a principal flashpoint of gang violence.

Yepez, boss of the Santa Rosa de Lima cartel, a Guanajuato-based gang, has been engaged in a bloody struggle for criminal control of the state with the Jalisco New Generation Cartel (CJNG), one of the country’s most powerful and violent outfits.

The Guanajuato attorney general’s office said security forces captured Yepez with five other people and rescued a kidnapped local businesswoman during the operation. An “arsenal” of weapons was also secured during the raid.

Man arrested three years after being sought for drugs case