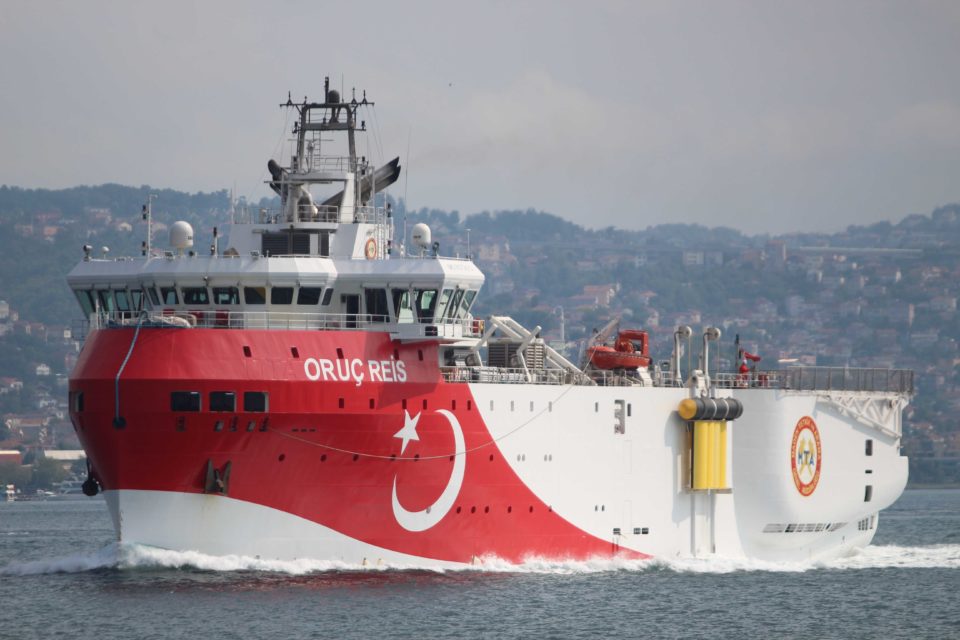 THERE have been some newspaper columns dealing with the Greek government’s distancing from the Cyprus government in the approach to Turkey’s unlawful actions in the seas, but the politicians have largely ignored it. The government in Nicosia has kept unusually quiet, apart from its spokesman repeating the familiar platitudes about a telephone conversation between the president and Greece’s Prime Minister Kyriakos Mitsotakis on Thursday, during which “the identity of views and solidarity between the two countries was confirmed.” They also discussed the coordination and steps being taken to “deal with the Turkish provocations,” said the spokesman.

There is little doubt, however, that the Greek government has chosen to try to resolve its differences with Turkey through dialogue, after the two countries agreed a one-month moratorium on sea explorations and the Turkish survey ship Oruc Reis returned to Antalya, last week. It has decided against following Cyprus’ lead, which centres on punishing Turkey through the imposition of EU sanctions, although these are unlikely to have any positive effect, assuming they were approved. And the Greek government seemed unmoved by the fact that after the agreement on the moratorium, Turkey issued a Navtex for explorations by the Barbaros in the Cypriot EEZ.

Asked about this on Mega TV, the PM’s advisor, Alexandros Diakopoulos said: “these are two different things… Cyprus is an independent, sovereign state, which is also being subjected to brutal violation of its sovereign rights, in what is almost a pirate action by Turkey, in contravention with international law. But it is not something that is happening for the first time. But it is different from what we were saying about the Oruc Reis.” Greece’s foreign minister Nikos Dendias, in an interview, said, “the Cyprus Republic does not need us at all… the Cyprus Republic is an independent state. Greece is not entitled to and must not – and here is a huge trap – substitute the Cyprus Republic in the exercise of its sovereign rights and sovereignty.”

These positions may have shocked some in Cyprus as the Mitsotakis government is telling us that it has taken its decisions regarding Turkey, and that we are free to do as we choose. There is also subtext to this. President Anastasiades had for the last few years been calling the shots on energy and the Alexis Tsipras government went along with him, taking part in his trilateral alliances, which Turkey saw as an attempt to exclude her from the eastern Mediterranean’s gas resources. This has led to the continuous violations of the Cypriot EEZ, the memorandum on sea delineation with Libya and finally the stand-off over the Oruc Reis. Anastasiades’ idea of dealing with Turkey’s unlawful and aggressive behaviour was to keep demanding EU sanctions, which may be a moral victory change nothing in the seas. He tried to take the Mitsotakis government along this path, as it would strengthen Cyprus position at the EU, but Athens response was ‘no thank-you’.

Mitsotakis decided that Nicosia will no longer call the shots and drag Greece along with it on a path that was more likely to worsen rather than improve tense relations with Turkey. As Dendias said the Cyprus Republic was an independent state that must exercise its sovereign rights and sovereignty as it chose. By the same reasoning, Greece could also exercise its sovereignty as it chose and was not bound by the decisions of another independent state. It would be deciding how to deal with Turkey, regardless of Nicosia’s wishes, and it has chosen dialogue rather than the pursuit of punitive measures via the EU that will solve none of the existing problems, but make a bad situation worse. Mitsotakis may have also decided that Greece will no longer allow the Cyprus problem to prevent the pursuit of better relations with Turkey. It will not take long to establish whether President Erdogan wants the same thing.

There is a bigger picture, with the EU leadership seeking the mending of relations with Turkey that have been strained for some time now. The High Representative for Foreign Affairs, Josep Borrell has repeatedly spoken of the need for an EU-Turkey dialogue and had unsuccessfully tried persuade EU foreign ministers to back this at the last meeting. The German government has also set this as an objective of its presidency and was instrumental in brokering the agreement on dialogue between Turkey and Greece, de-escalated tensions in the Aegean Sea. In short, Mitsotakis has chosen the EU path of better relations with Turkey, leaving Anastasiades on his own to demand Turkey’s punishment by the Union for its unlawful behaviour.

Greece’s decision could be described as an example of tough love as it could force Anastasiades to re-examine his policy which is only concerned with grandstanding rather than any meaningful, long-term objective. It will also prepare him for the pressure the EU will apply, after the October elections in the north, to return to the negotiating table. It is something he will not able to avoid now that Greece has chosen dialogue over sanctions.

Be patient, a public transport revolution is coming