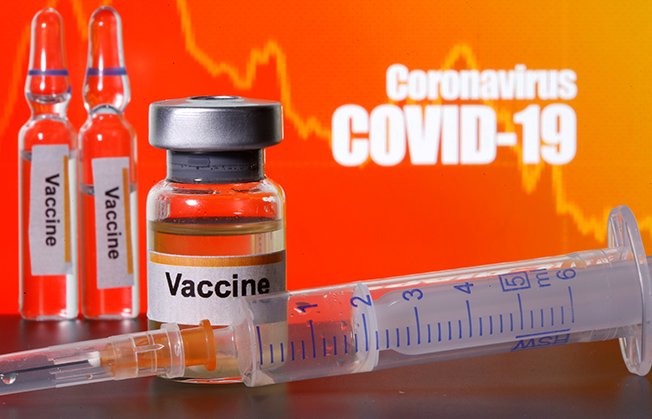 Last Monday the Health Minister Constantinos Ioannou announced he wanted to make the coronavirus vaccine mandatory once it is available, sparking a storm of reaction.

A respected doctor from Larnaca posted the following statement on his Facebook wall: “With boundless grief and disappointment I see the health minister plans to make the vaccine against SARS-CoV-2 mandatory for everyone. If this happens it will raise huge ethical issues that would divide the medical community and undermine the doctor-patient relationship. Not only would this go against every medical rule, the oath of Hippocrates and the declaration of human rights, but it would also cause social disintegration that could lead to extreme and extended reaction.”

I do not know if these protests influenced the minister, who swiftly withdrew his comment about the mandatory vaccine.

To examine all aspects of the matter we should understand what economists call consumption externalities, which I will try to explain in simple language. The term refers to the actions of a person who through the consumption of a good or several goods affect, positively or negatively, the level of welfare of another person or group of people.

The external effects on consumption are twofold.

First there are the negative external effects that are caused when consumption of a good or several goods by a person negatively affects the level of welfare of another person or group of people, without these people being compensated for the drop in the level of their welfare; for example smoking in a closed space in which non-smokers are also present.

The positive external effects are caused when the consumption of a good or several goods by a person positively affects the level of welfare of another person or group of people, with this person being rewarded for the rise in the welfare level he has caused to other consumers; for example someone securing medical qualifications contributes to the welfare of everyone. Even though we have not paid for it, we benefit from someone getting this qualification.

This brings us to the subject of drafting a law for the mandatory vaccination against the coronavirus, whenever this is invented. If a percentage of the population decides not to be vaccinated, it would have a negative, external effects. Our economy would have to make resources available (doctors, nurses, clinics, medication), for which those who had been vaccinated would also have to pay, so the patients who refused to be vaccinated can be treated. In other words, the welfare of those having the vaccine would be negatively affected because a section of the population refused even if though there was no cost to this.

Someone might point out that by adopting this reasoning the government should declare smoking illegal. In this case, smokers derive some satisfaction from smoking, therefore declaring smoking illegal would reduce their welfare. The state chooses to heavily tax smokers (excessively if we are to be accurate) so they can pay for the negative effects they cause. In the case of the coronavirus, however, the person who refuses to be vaccinated loses absolutely nothing, but his inexplicable refusal will have a significant effect on the welfare of the rest of the population.

Can this be described as ethical behaviour? The saying that the right of one individual ends where the right of another individual starts, is the culmination of a long and arduous study of human rights. What we should all understand is that rights are only meant in relation to others. There is no ‘Robinson Crusoe’ right. Consequently, just as one person does not have the right to listen to music at full blast at 2am, no person must have the right to refuse vaccination against the coronavirus as both cases cause negative external effects. Last March and April, when we were forced by law stay at home, did we did not sacrifice to a large degree our freedom for the welfare of everyone? Who spoke about the violation of human rights back then?

In conclusion, the pursuit of the maximising welfare with innocuous measures, such as the vaccine, which has positive external effects cannot be said to go against the Hippocratic Oath. After all, the modern understanding of this oath is that doctors must devote their lives to the service of humanity, and this is achieved by the optimisation of happiness. It would, however, be interesting to hear from those opposed to the vaccine why they do not want to be vaccinated. I do not accept the pitiful reason that they cannot bear the needle prick. Without any desire for irony, I am wondering whether they have some fetish that is beyond our imagination.