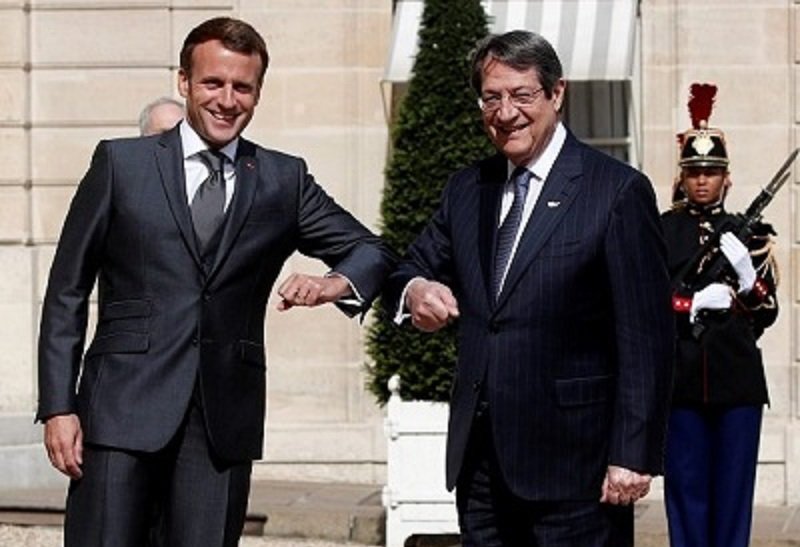 It is a well-known fact that the crypto-partitionists do not have the guts to openly support the division of Cyprus into a Turkish North Cyprus and an allegedly “thoroughbred” Greek South Cyprus and that they seek to cover up their intentions by shallow arguments of the type “we are in favour of a solution but not in favour of any solution”, while posing such preconditions that would secure the failure of any attempt to get northern Cyprus out of Turkey’s stifling embrace. Indeed, they do not hesitate to call those struggling for the reunification of our homeland “turkloving”, “planted foreign agents”, “undercutting bidders” and the like.

Let us clear the confusion which the proponents of partition are causing by projecting various pseudo-arguments in support of splitting the island into two pieces. Let’s adopt one single pre-condition for resolving the problem of Cyprus, namely the liberation of northern Cyprus from its political and economic dependence on Turkey.

Unfortunately, our leaders with their acts of commission and omission managed the impossible; they have managed to lose the moral advantage, which was our only weapon for struggling for the liberation of our country. They achieved the impossible by:

The need to recover the lost moral advantage we enjoyed in the past is pressing.  To recover this moral advantage there is room for only one red line: secure the political and the economic independence of northern Cyprus from the tight embrace of Turkey. This is a position adopted and supported by most Turkish Cypriots, provided their security and their survival under conditions of peace and a decent living, can be secured.

Certain crypto-supporters of splitting Cyprus into two will hasten to argue that securing Cyprus’ independence from Turkey is unattainable because Turkey will never agree to let Cyprus become an independent state. And I ask them: Who authorised them to speak on behalf of Turkey?  Why do they stubbornly insist on avoiding any form of mediation on the part of our friends? Why do they insist on tactics such as the imposition of punitive measures on Turkey when they know damn well that there are no prospects of such measures being taken, for precisely the same reasons they were not taken over the past 46, yes 46, years?

The answer to this question is very simple: all we are asking for is the re-unification of Cyprus, here and now. Not by means of verbal declarations which aim at caressing people’s ears, but by courageous actions which will bring results before it is too late.

We live in a free and democratic society, in which all citizens have the right to form and express their views freely. Clearly, this right is also owned by those who support partition, but these people have an obligation to express their views with clarity and honesty. Obviously, no purpose will be served to formulate and advance proposals, which simply reflect what they ideally would like to see happening. In English, this is called “wishful thinking”. This is the easy part. And this is the part of the task on which our politicians focus, by setting out innumerable “musts” in their admonitions. The difficult part is transforming the goals into reality. The higher we set the bar, the more difficult it becomes to stay in the game. Unfortunately, our exclusion is a phenomenon which we have seen over the past 46 years with increasing frequency.

You may say, is this the right time for a compromise when our president succeeded in securing the backing and support of the French president? Here we need to be very careful because we would be tragically naive if we were to conclude (as certain people have already done) that Mr Macron’s recent statements have solved our problem.

The French president’s statements were clearly geared at strengthening the negotiating position of the EU’s foreign policy chief Josep Borrell who on the same day contacted the Turkish foreign minister in an attempt to seek a compromise position on the problem of the Greece-Turkey-Cyprus relations. This is also the position of the German Presidency. It follows that, if Cyprus and/or Greece refuse to go down the road of a compromise arrangement, it is certain that we will be forced into making an emergency landing. The experience could be unpleasant.