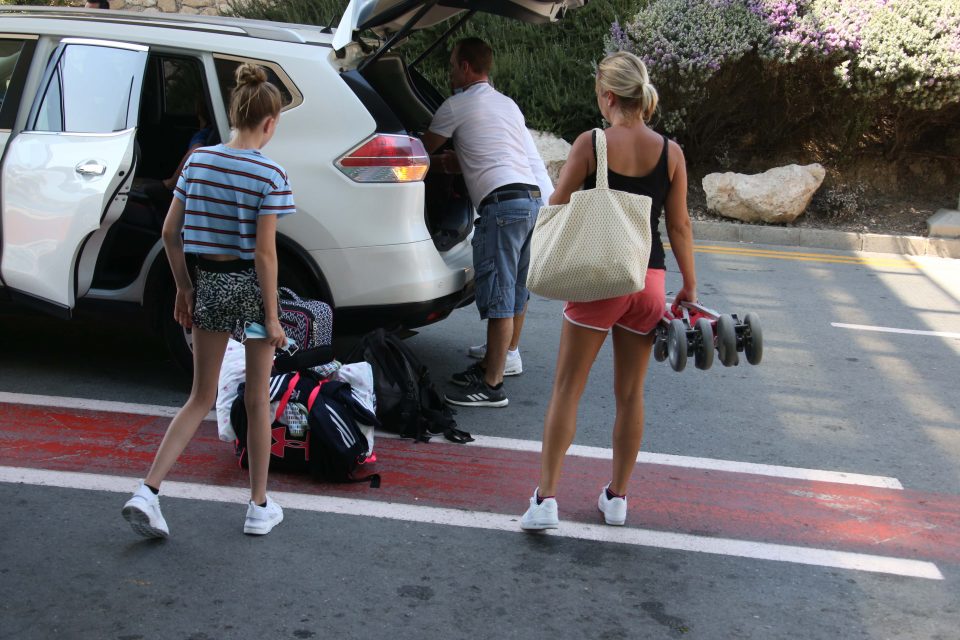 Around 1,500 passengers from the UK are expected daily for the month of August, Hermes Airport said on Monday, after the first flights arrived over the weekend.

The UK was placed into Category B starting August 1 and 22 flights arrived over the weekend both to Larnaca and Paphos airports.

Hermes Airports told the Cyprus Mail there will be around 60 flights per week from the UK with approximately 1,500 passengers per day.

This means a further 44 flights are expected from Monday until Friday.

According to official sources from the deputy tourism ministry, it is too soon to say what these figures mean.

“These figures are passengers, not necessarily tourists. Some of these may be Cypriots or British permanent residents.”

Though the figures are close to what the ministry was expecting, data is still being processed as to who exactly they may be and how many are indeed tourists.

In the next few weeks, more information will become available as to who these passengers are and if tourists, where they are headed and how they are spending their holiday.

Director general of the Cyprus Hotel Association (Pasyxe) Philokypros Roussounides told the Cyprus Mail that although there has been some arrivals from British tourists to hotels “it is nothing that completely changes the scene.

“It is too small, we’re looking at individual travellers not tourists en masse.”

In the best-case scenario, even if half the arrivals are British tourists, in two weeks, that makes around 9,000, Roussounides said.

Usually, the British market is comprised of 60 per cent, perhaps up to 70 per cent of tourists that come from tour operators. As the situation currently stands, travel agents aren’t keen on arranging package trips to Cyprus due to the requirement of a PCR test. TUI and JetBlue have both suspended their Cyprus programme until mid-August on the hope the UK will be placed into category A by then. This would mean no testing required.

“Hopefully if the epidemiological picture changes and if Britain goes into Category A, then things will probably change.” No major developments are expected until August 15 though, Roussounides added.

Tour operators have indicated they are keen to work with Cyprus even for September, October and November, Roussounides said though the situation both globally and locally leaves much unclear.

Meanwhile, it was decided on Monday that police presence at the airport would be upped after photographs circulating on social media over the weekend showed people standing at the airport without an inkling of social distancing.

A meeting at Larnaca airport was held between Transport Minister Yiannis Karousos and police chief Stelios Papatheodorou on how to tackle the large groups of people at the airport.

“Passenger traffic is increasing every day, we’ve reached the point where we’re dealing with 8,500 passengers, arrivals and departures every day. It is logical that sometimes during the day, there might be problems, like those observed the day before yesterday (Saturday),” Karousos said.

It was also decided that more counters would operate for passenger service so as to reduce waiting time at the airport. Express kiosks will also be reopened, Karousos added.

EU guidelines say that the use of mask is the most important, the minister said. “Here in Cyprus, this is mandatory (masks) while in airports abroad, it is only voluntary and only in case social distancing cannot be maintained.”

Passengers should not only be safe but feel safe, he added.

If at certain times of the day the airport is too busy and social distancing will not be able to be maintained, the passengers will not immediately be allowed to disembark.

More nursing staff will be posted at the airport, Karousos said to carry out the necessary checks.

Commenting on the helpline that came into operation on August 1 for passengers with any questions, Karousos said the first two days were inundated with 12,000 calls.

Hermes Airports CEO Eleni Kalogirou noted that all necessary measures are being taken to ensure the health and safety of travellers.