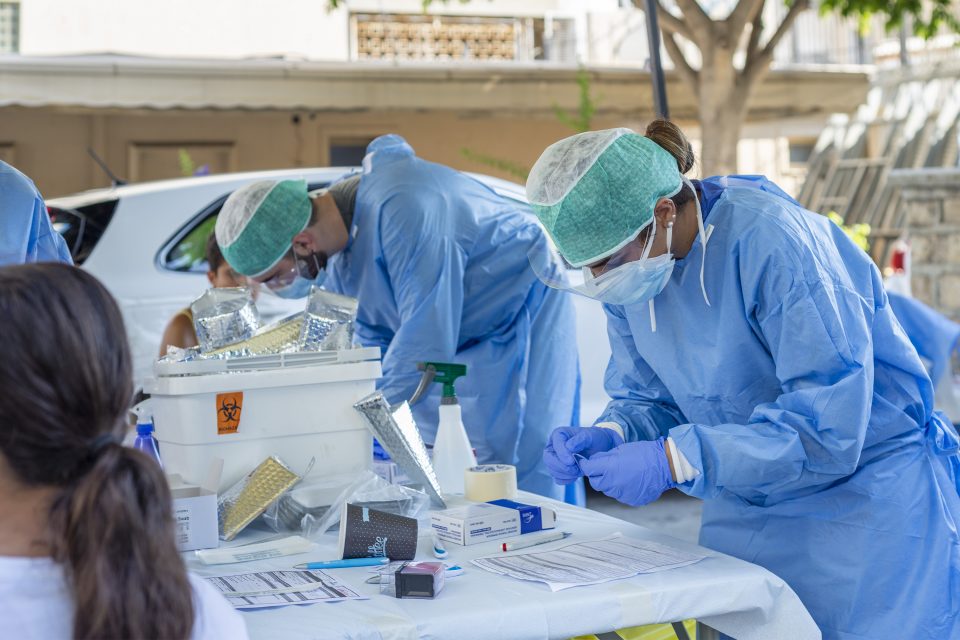 As many as 1000-1500 people may have the coronavirus in Limassol, or 1.5 per cent of the city’s sprawl, according to an analysis by government adviser Leontios Kostrikis.

“My advice to the people is to act like we are in lockdown without actually being in lockdown,” the Professor of Molecular Biology at the Department of Biological Sciences of the University of Cyprus said on Monday morning.

But the question on many peoples’ lips is why Limassol?

Speaking to the Cyprus Mail, he said that the initial epicentre of the flare-up appears to have originated from the marina.

He pointed to workers at shipping companies as well as people arriving from category C countries, at the marina, not respecting the measures.

The health ministry on Sunday announced that 26 coronavirus cases were detected, including the 15 announced earlier in the day.

When asked how he would categorise the current situation, he said that: “I think what’s going on now is a flare-up, it doesn’t make sense to call it a second wave… That flare-up started from cases most likely at the marina and that created clusters of infection – and these have been propagated to the normal population.”

Limassol mayor Nicos Nicolaides said on Monday that the programme of 2,000 sampling tests was due to be concluded and asked for further tests.

“I asked the ministry to continue the sampling checks,” Nicolaides said, stressing the need for having a clear picture of the situation.

In the past, government advisers had warned that should there be a several days in a row with cases in the double figures then a lockdown would be re-imposed.

Both the health minister Constantinos Ioannou and other government experts have more recently called on the public to adhere to the current measures in order to avoid a second lockdown.

But how soon will we know whether a lockdown is more likely?

“It depends on next week. These things move very fast, so in a week we will know,” Kostrikis told the Cyprus Mail.

Another top advisor also said it may take some time.

“Well, we don’t know how the situation is going to unfold, so it’s a wait and see situation,” said Professor of Microbiology/Molecular Virology at the University of Nicosia Medical School Petros Karayiannis.

It has been almost six months since the World Health Organisation declared the new coronavirus a pandemic.

The government advisers, speaking to the Cyprus Mail, appeared optimistic that authorities were now much better prepared to handle a resurgence in cases.

“There’s still a lot that we don’t know, but I think we’re better prepared and we’ve got the experience of the past,” Karayiannis said.

He mentioned that doctors and nurses are better positioned to handle the situation, and protocols have also been refined.

“Similarly, the health system is much better prepared than it was when it started, such as intensive care units, personal protective equipment and so on,” Karayiannis said.

Kostrikis agreed but emphasised the role of the public amid the resurgence of cases.

“It’s not only the scientific and medical experience but people have experience with the virus too,” Kostrikis said.

Back in March, Cyprus was much quicker to impose a lockdown.

“If people are taking precautions, such as wearing masks where necessary, then we’re preventing transmission – as long as we do that, there is no need to impose a lockdown,” Karayiannis said.

A brief history of the cardigan