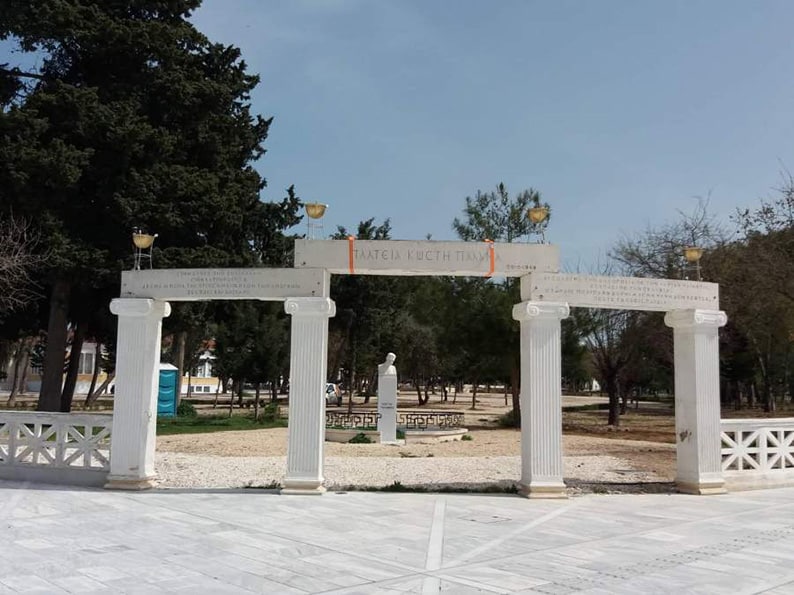 A Cyprus lawyer is opposing the construction of a new church in the grounds of Paphos town hall and is fighting through the courts to try to prevent it being built.

“I have three separate cases ongoing. The first two are legal recourse and the third is an objection (referring to a media publication) which states that the municipality of Paphos on May 19, 2020 submitted an application for planning permission for the construction of the Cathedral of the Holy Metropolis of Paphos,” Agis Georgiades, a partner in a law firm with offices in both Paphos and Nicosia, told the Cyprus Mail on Monday.

Georgiades is objecting to the granting of planning or other permission for the construction of a church or other buildings within the public garden of Paphos town hall, the abolition or restrictions, and the cutting off of trees of the garden.

“They are trying to push some form of licensing and then cut down all of the trees and start working before any objections can be made, and then it will be too late,” he said.

The first recourse, which has been submitted by the lawyer and a number of others, concerns the ministry of agriculture, as they failed to respond to the lawyers request for information concerning the issue, he said, and the second Paphos municipality, who, he noted, are refusing to supply information regarding the applications made, the minutes of the municipality board meeting where the matter was decided, and any other relevant documents made by public bodies, he said.

Last week, it was revealed that the environment department objected to the creation of a new church in the grounds of Paphos town hall and called on the municipal council to reconsider as last year the majority voted in favour of the construction.

The proposal by the Bishop of Paphos has split the community.

Although Paphos municipal council initially rejected a proposal to build a new church in the gardens of the town hall by a majority vote, following a request by Edek councillors, the matter was raised again, and 11 councillors voted in favour, nine against and one abstention,

“The granting of a planning permit will have a very serious environmental impact and therefore the provisions of the Rules of Procedure concerning Access to Information apply, Public Participation in Decision-making and Access to Justice in Environmental Matters (Sanction) Law of 2003 (Law 33(III)/2003) and public access to Information related to the Environment Law of 2004 (Law 119(I)/2004),” he said.

The lawyer grew up in Paphos and said the park was an area that everyone used to use, but that now it had been ‘allowed’ to deteriorate on purpose.

“There is no need for a church here, there is a need for more parks. There is no rationale behind this idea and it’s not just about environmental protection. This is a matter of prestige for the church and it’s not fair that the only park of Paphos is destroyed for the sake of the vanity of the church.”

The environment department said that reasonable alternatives should be included in the environmental impact assessment study, and also asks whether the needs of churchgoers in the area can be met by other churches nearby.

According to Andreas Chrysanthou, a local councillor, ‘basically, the Bishop can do what he likes as the land belongs to the Church.”

He said that by allowing the new church, the remainder of the land will be handed back to the municipality, who have plans to create a number of projects there, including a cafe and play area, and “breathe life back into the area,” he said.

Georgiades concluded that under the legislation, the freedom of information act, information and access to all documents and information related to the application should be available to the public, he noted.

“I am requesting that I am provided with a copy of the recommendation of the Environmental Authority and any other relevant applications, documents and letters,” he said.