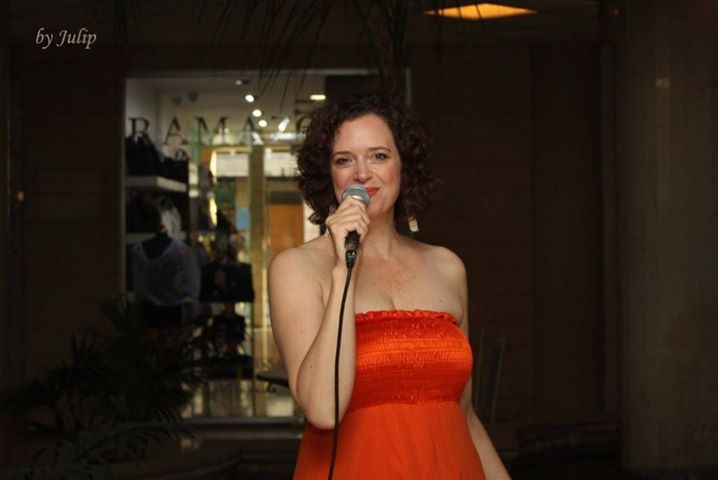 Live music shows have been one of the biggest sources of entertainment in this post-lockdown life. Although with the sudden recent rise in Covid-19 cases, the cultural scene – including these live performances – finds itself under threat again.

“The first live performances,” said jazz singer Sarah Fenwick, “proved that the audience appreciates music even more than they did before the lockdown. They are attentive and touched by the energy of live music.”

It’s something that Fenwick noticed when live performances were allowed to take place again. In a jazz reunion at Technopolis 20 in Paphos she observed that audiences seemed more touched by the music after having such a long break in attending performances. As for the musicians themselves, being on the stage again was heart-warming.

“It feels wonderful,” said Fenwick, “and at the same time I’m aware of the audience’s need to feel a catharsis of the negative emotions brought about by the pandemic. People are feeling sensitive and quite nervous as the coronavirus risk is still here.”

As understandable as some people’s concerns are about attending gatherings, there’s something about the music and the release felt in the body that feels like therapy.

“Music therapy,” added Fenwick, “is part of the musician’s role and even responsibility to the wider community – to reflect and express what we’re all feeling so that we connect instead of feeling alone.”

But the future of live music gigs and other events is uncertain again. Fenwick along with three other musicians had an uplifting jazz concert scheduled for Tuesday at Skali Aglandjias yet event organisers have postponed it until the situation becomes more stable.

“It’s a shame because I feel the idea was a beautiful story of musical cooperation in a pandemic. The owner and organiser of RED Music Stage in Nicosia invited us for the debut jazz performance, knowing that the jazz community, along with all other artists, have been hard-pressed by Covid-19.

“The situation will continue to be difficult for performers, especially if there’s a second wave in Cyprus, which I sincerely hope doesn’t happen. Everyone is pressed financially, so attendance may also suffer. And yet, stopping the live music does not feel like a good solution, particularly when you think of the audience’s need for psychological health and the artists’ ability to sustain themselves financially.”

That said, there are numerous live music performances planned, of a smaller scale and of course, in according to the government’s measures. Even Fenwick has another gig planned for September 16 – a performance at AglanJazz singing original tunes from her duet CD with Marinos Neofytou with the band G Tonic.

“Investing in the arts gives a country an amazing reputation – think about France and Italy and their strong reputation for culture. This carries weight at an international level, encouraging investment and respect towards Cyprus as a nation,” Fenwick said. There is certainly a long way to go, yet as noticed during the lockdown, people are coming together and hopefully, more in tune with what is important. One of them are the arts and until further notice… let there be music!

Coronavirus: around 1,500 passengers a day expected from UK this month