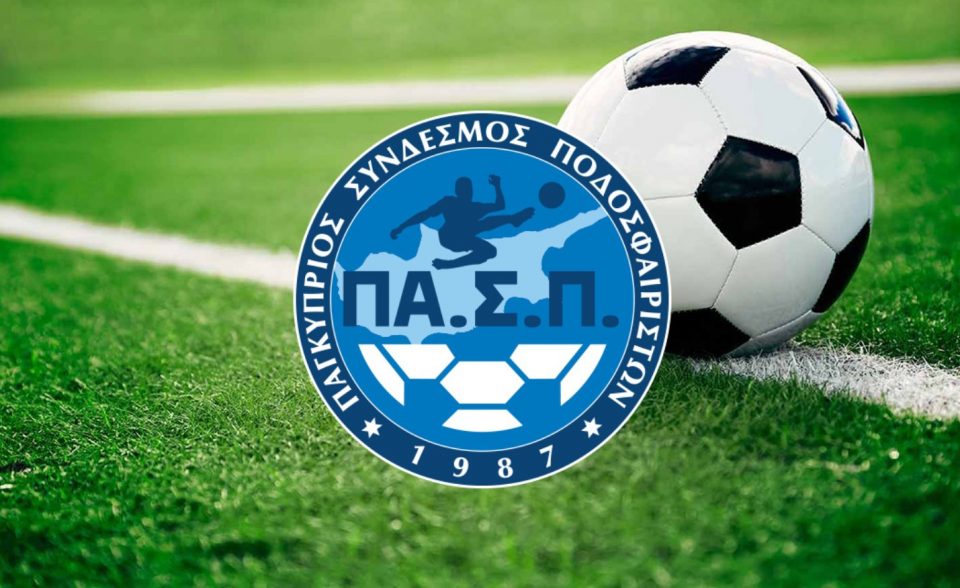 The Pancyprian Footballers Association (Pasp), has released a statement expressing its concerns about player safety amidst a rise of Covid-19 cases.

Pasp has specifically mentioned the issue of inadequate preparation in regards to football stadiums since the official cancellation of the previous season.

“We are a few weeks away from the start of the new season and the return of live football in Cyprus after nearly six months due to the coronavirus outbreak. Pasp is once again obliged to alert everyone to the potential dangers”, the statement reads.

“Specifically, we want to touch on the topic of the inadequacy of the stadiums as they pertain to the Covid-19 health and safety guidelines issued by the Cyprus Football Association (CFA) and the Ministry of Health”, the statement continues.

“Our main concern is the requirement for two square metres between each person in the dressing room. Assuming each club has 20 people, including players, coaches and backroom staff, then this would translate to a minimum requirement of 40 square metres. The vast majority of stadiums do not have such facilities”, the statement said.

“Unfortunately, after nearly six months of endless discussions and a plethora of excuses, and after 3 months since the wrongful cancellation of the previous season, very few changes have been implemented so that stadiums can better accommodate next season’s needs.

“The authorities have placed a large portion of the responsibility on the players and the clubs, ignoring their own liability”, the statement added.

The Pasp statement goes on to pose a number of inquisitive questions, including on who is responsible for the reviewing of stadiums and who will be ensuring the implementation of hygiene rules in stadiums and football facilities.

Furthermore, in reference to a personal statement which footballers have to sign stating that it will be their own personal responsibility in case they get infected, Pasp asks what percentage of the liability falls on the CFA since the inadequate stadium changes may be at fault. Pasp has also said that two letters sent to the Ministry of Health have fallen on deaf ears.

Speaking to the Cyprus Mail, Pasp president Spyros Neofytides explained that “since the players’ union has been ignored by the government, we are now following instructions issued by FIFPro”.

FIFPro is the International Federation of Professional Footballers.

“We are going to wait and see how the pandemic will unfold and act accordingly”, Neofytides added.

On the point of the statement expressing personal responsibility in the case of a player being infected, Neofytides said that “most players have signed this agreement, some back in May”.

“Signing the agreement was a fixed precondition for most clubs during our efforts of getting the league resumed and completed”, the Pasp president explained.