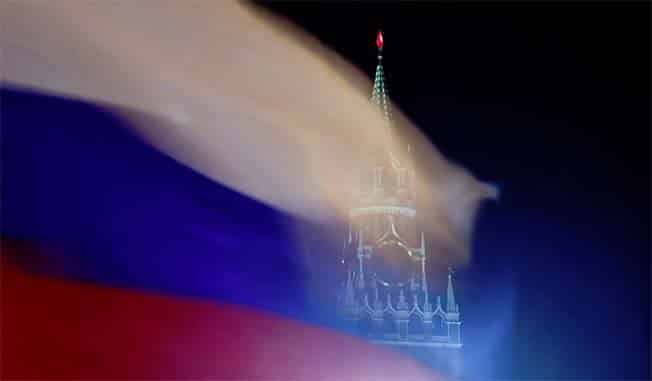 By Elias Hazou and Philippe Orphanides

Russia’s finance ministry said Monday it would initiate a process to scrap an agreement with Cyprus aimed at avoiding double taxation – after talks to modify the deal apparently failed – and that legal changes would make it more profitable for people to transfer money back to Russia.

The Russian finance ministry, in an announcement said it had begun the procedure, claiming that the Cyprus government had refused face-to-face negotiations for a new agreement. The ministry’s statement was published in the Russian language only.

“Unfortunately, today we have to admit that the talks did not yield results,” Sazanov said.

“Restructuring one’s holding structures through Cyprus will of course become disadvantageous. It will be more advantageous to transfer everything back to Russia.”

Sazanov added the ministry was working on improving the Russian legislative framework to facilitate the transfer of holdings to Russia.

In a statement on Monday evening, the Cypriot finance ministry said negotiations between the two sides have been scheduled for August 10 and 11. The Cypriot delegation will be headed by Finance Minister Constantinos Petrides.

In April this year, Russia had notified Cyprus of changes to the tax agreement, which will come into force on January 1, 2021, which followed several rounds of negotiations.

The Russian finance ministry announcement on Monday said: “At the same time, taking into account the close economic and historical ties between the two states, the Russian side formulated options for a compromise solution to this issue and offered to promptly hold face-to-face talks in Cyprus during this week in order to come to a solution, but the offer was refused.”

A senior source at the Cyprus finance ministry denied the government had refused to negotiate, describing the Russian claims as “a little provocative” and not an “accurate reflection of reality.”

He said: “We never refused to negotiate, we initiated negotiations, made numerous proposals that were rejected and were not officially notified about Russia’s plans to denounce the treaty.”

The finance ministry source said that Russia had requested a meeting for August 6 and the Cyprus government asked that this be put back to the third week of August for practical reasons. Rather than discuss a mutually-acceptable date for the negotiations, the Russian foreign ministry, came out with Monday’s statement, claiming Nicosia had refused to negotiate.

Underlining the fact that Nicosia was caught completely unawares about Russia’s decision, Ria Novosti news agency quoted a spokesman  of the Cyprus finance ministry as saying: “We are waiting, and from my point of view, there is no reason to terminate the agreement.”

The conditions put forward by the Cypriot side during the negotiations were a set of exceptions that were “too wide” according to several sources on the Russian side, said the Russian finance ministry.

“Cyprus put forward its proposals during talks. Having analysed them, the Russian finance ministry arrived at a conclusion that they essentially dilute and make unfeasible the anticipated effect of the Russian side from undertaken measures to support the national economy and social programmes, and will promote tax-free withdrawal of huge financial resources of Russian origin from the territory of Russia through the jurisdiction of Cyprus.”

The Russian finance ministry  added: “Cyprus had put forward its proposals, which the Russian ministry of finance considered to be eroding the actual effect of the measures taken by the Russian side to support the national economy”.

Earlier this year, Russian President Vladimir Putin said all interest and dividend payments that leave Russia should be subject to 15 per cent tax, up from the current level of 2 per cent, to combat capital outflows.

Citing various estimates, the Russian ministry said: “more than 1.4 trillion roubles were withdrawn to Cyprus in 2018 and more than 1.9 trillion in 2019,” as a result of the double taxation treaty.

The matter was discussed in a 45-minute telephone call between President Anastasiades and President Putin last Thursday, even though the Cyprus government spokesman avoided mentioning anything about this part of their conversation when he spoke about it after the phone call. Foreign minister Nicos Christodoulides had also brought up the matter with his Russian counterpart Sergei Lavrov, a few weeks ago, but without much success.

The procedure for scrapping the agreement starts as a draft federal law and goes through Parliament for approval. It was the same in the case of Malta’s double tax treaty with Russia when such a procedure was commenced on June 23 this year.

RIA Novosti said that given Lavrov’s scheduled visit to Cyprus on September 8, there might still be a window to seal a deal.