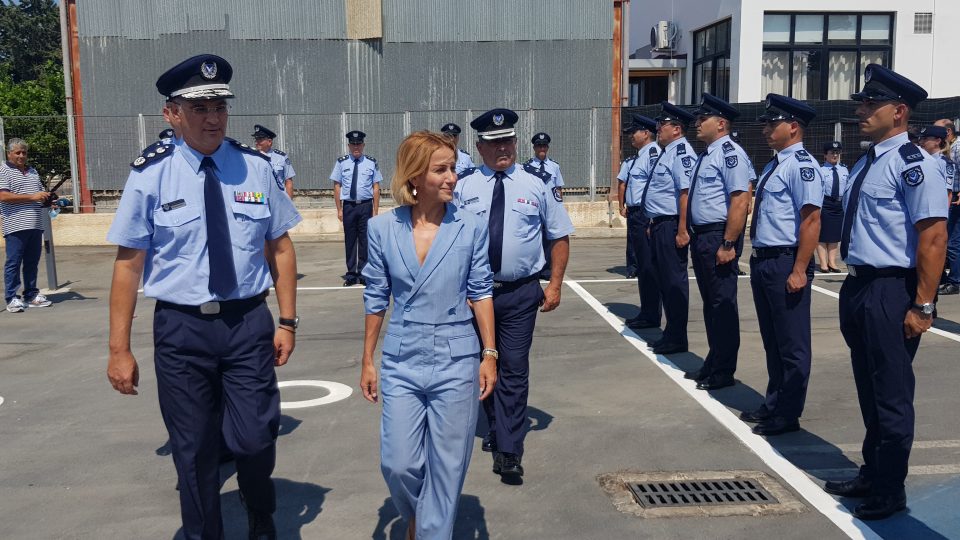 Justice Minister Emily Yioliti was at Paphos airport on Tuesday to inspect whether safety measures related to the coronavirus were being adhered to.

In her first visit to Paphos since her appointment, she told reporters “the picture we saw at Paphos airport was very satisfactory.”

A day earlier, the government announced more measures would be taken in both Paphos and Larnaca airports to ensure social distancing was maintained, such as increased police presence and opening more counters.

Yiolitis also met with Hermes Airport management to discuss better coordination between themselves and police.

Shortly afterwards, she paid a visit to Paphos police headquarters where she met the city’s police chief Nicos Pentaras and his team.

A top priority for Paphos is to ensure the city has enough resources to make its own decisions. For instance there is no state pathologist or secure place for hospitalisation in Paphos which creates issues for the force.

According to Yiolitis, these are matters which will be looked into so Paphos can handle their own cases.

The justice minister also added that the woman who recently returned from the USA and is responsible for creating a coronavirus cluster in Limassol is now in quarantine, while contact tracing continues. Statements are being taken to assess whether charges can be filed against her.

Dog spent a lifetime chained to a wall… she cries when she was freed!