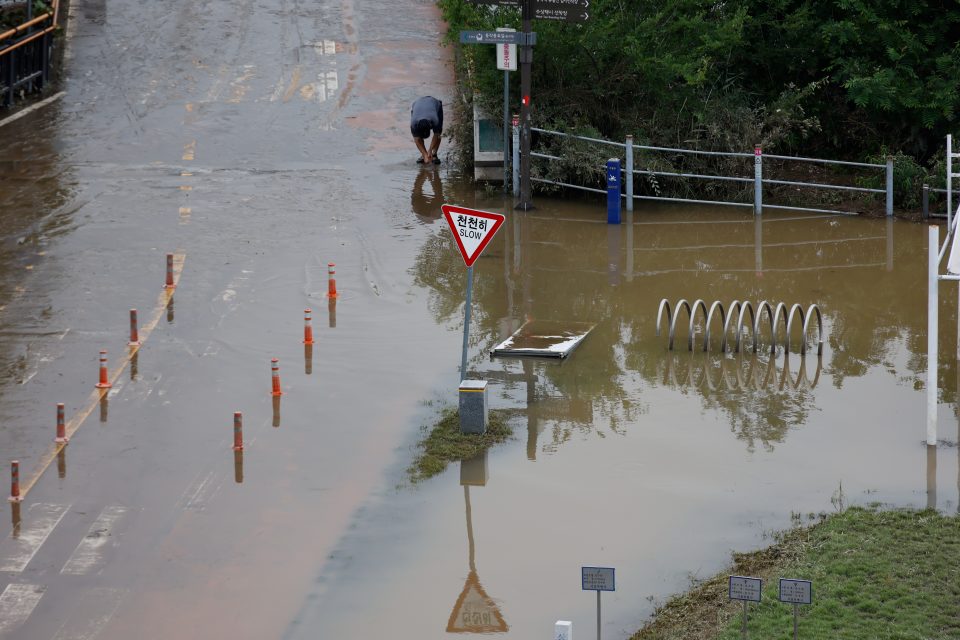 South Korea’s longest spell of monsoon rain in seven years caused floods that have forced more than 1,000 people to leave their homes, killing at least 13, with another 13 missing, authorities said on Tuesday.

Deaths were reported from landslides and vehicles swept away by waters that disaster officials said inundated more than 5,751 hectares (14,211 acres) of farmland and flooded parts of key highways and bridges in the capital, Seoul.

President Moon Jae-in expressed concern for citizens and public workers battling the coronavirus pandemic in the face of 42 days of monsoon rains, which weather officials said was the longest such stretch since 49 days of rain in 2013.

“I call for preventive checks and proactive precautionary measures to the level that could be deemed excessive,” Moon told an emergency meeting.

He also urged “all-out efforts to prevent further loss of life” by national and regional authorities, such as action to avert landslides or evacuate people, even in cases of little apparent danger.

Work crews also returned to operation by Tuesday most of the flooded roads and bridges along the Han River in central Seoul that had backed up traffic and damaged infrastructure, the Yonhap news agency said.

Stars with the worst personal hygiene in Hollywood