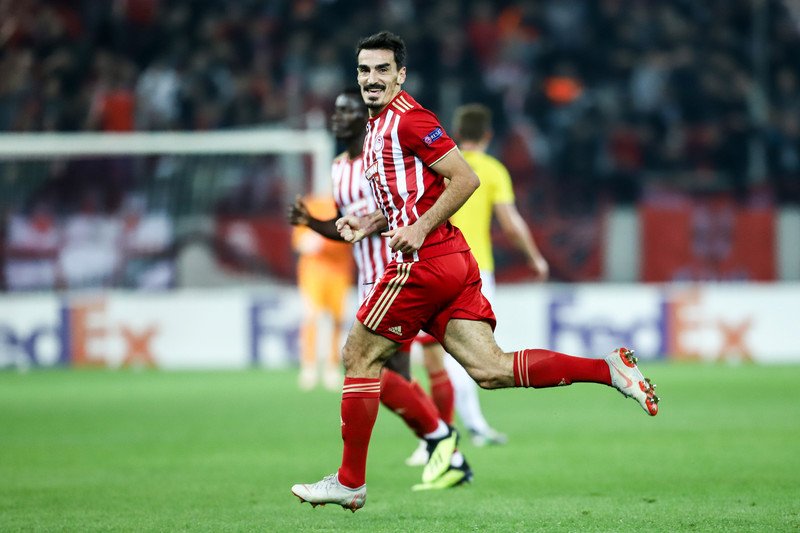 Lazaros Christodoulopoulos, the veteran Greek wide forward, has long been linked with a move to Cyprus. Rumours about a move to the island started circulating last January, with the player purportedly being looked at by Nicosia club Apoel.

Later during the year, Apollon Limassol entered the mix, with several outlets outlining the club’s interest in the player. The interest from Apoel appears to have cooled off now, leaving the Limassol club unchallenged in any potential move, at least in terms of Cypriot clubs. However, how prudent would such a transfer be?

Christodoulopoulos’ career has been an unqualified success for a Greek player. Excluding his season-long loan at Sampdoria, he’s had active, productive seasons since coming through as an academy product at PAOK.

He suffered a major injury in 2011, where a torn tendon while at Panathinaikos kept him out for seven months. From January of 2012 until December 2018, during which he enjoyed some of his best seasons, Christodoulopoulos experienced seven notable injuries, averaging roughly three weeks of recovery each time. This is well within the realm of reason and paints a picture of a professional player remaining fit and healthy for the vast majority of his stints at Bologna, Hellas Verona, and AEK Athens.

However, things haven’t been as smooth since the start of 2019. In February of that year, Christodoulopoulos suffered a cruciate ligament rupture, keeping him out for six months. More recently, he suffered a knee injury which kept him out for six weeks.

Though the most recent two injuries were unrelated, they do point towards a player with plenty of mileage on the clock. Since February 2019 until the end of the current season, he has been injured for about 40 per cent of the time.

Christodoulopoulos moved to Olympiacos after he had just won the league with AEK Athens in 2018. His contribution to AEK’s first title win in 24 years was undeniable, with the player pitching in with seven league goals.

While this seems modest, five of those goals came in narrow 1-0 wins, while the other two were scored during a thrilling 3-2 win against rivals Olympiacos. It’s often argued that this game was the one that prompted Olympiacos to sign the player.

During his first season at Olympiacos, Christodoulopoulos featured prominently, chalking up 2067 minutes of playing time across all competitions, scoring nine times and providing one assist in the process. That February injury disrupted a very solid debut season.

Although he recovered in time for the start of the next season, he never really regained manager Pedro Martin’s trust, registering a scant 258 minutes of playing time across all competitions. To make things worse, the knee injury in June put his fitness and overall health back into question.

Christodoulopoulos is a quality player, technically and tactically astute, able to feature at either flank of a front three. His set-piece ability has been one of his strengths and this could be a valuable addition for any club willing to gamble on him. However, with a purported 300,000 euros in annual wages and a declining physical state, the risk in such a move is hard to ignore and should give serious doubts to any interested parties.