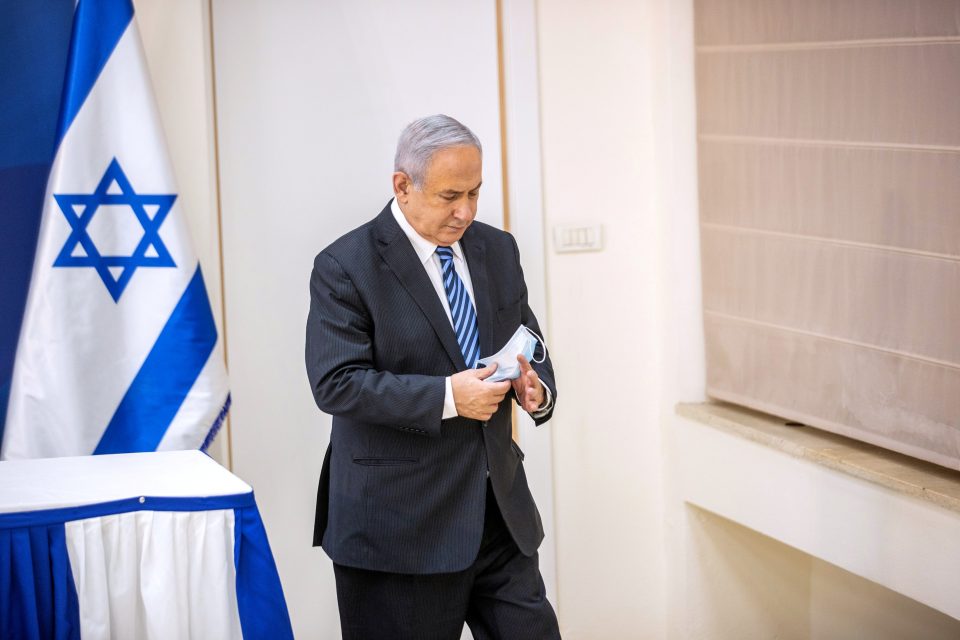 A stand-off between Prime Minister Benjamin Netanyahu and his main coalition partner over passage of Israel‘s budget threatens to trigger its fourth election in a little over a year amid an economic crisis fuelled by the coronavirus outbreak.

A ballot is automatically mandated if a budget is not approved by parliament by Aug. 25. Analysts are concerned that a new election and likely protracted coalition talks afterwards would have a crippling impact on an economy already expected to contract 6% this year, with unemployment now above 21%.

Such instability could also make prospects for any return to a long-dormant peace process with the Palestinians even more remote and complicate Netanyahu’s bid to annex, with U.S. approval, parts of the occupied West Bank.

The budget is pivotal to a “unity” accord reached after an inconclusive March election. It calls for Defence Minister Benny Gantz of the centrist Blue and White party to take over as premier from right-wing Likud chief Netanyahu in 2021.

The power-sharing pact stipulated that Israel would pass a binannual budget but Netanyahu is now calling for a 2020 budget instead. Gantz insists on sticking to the deal that was to be his insurance policy for a smooth transition of power.

Failure to resolve the dispute could provide Netanyahu with a quick way out of the deal with Gantz and enable him to remain prime minister through an election campaign, possibly as early as November or in March if a 2021 budget is not agreed.

Some analysts point to Netanyahu’s corruption trial, which began in May, as a catalyst for the crisis. A snap ballot could lead to a delay in proceedings, and he could opt to pursue a law to block his prosecution if he wins another term.

Flug, now vice president of research at the Israel Democracy Institute, said a budget for only 2020 implied government instability, and “that really intensifies economic uncertainty”.

Economists said that with a 2020 budget effectively covering only the last quarter, at this late stage passing a separate one for 2021 made no sense.

Cedric Berry, associate director of sovereign ratings at Fitch Ratings, said any budget delay “would heighten concerns about Israel’s ability to implement prudent fiscal policy and erode (its) track record of debt reduction”. He said this could pressure Israel‘s ratings.

For Netanyahu, now in his fifth term, an election with a health crisis raging would be especially risky. But many Israeli political commentators have been sceptical from the start about his pledge to transfer power to Gantz.

“Gantz is concerned that Netanyahu is aiming to establish the pretext to bring down the government in early 2021 … Gantz is right to be concerned,” said Henry Rome, a senior analyst at the Eurasia Group think tank.

Flug said another election could make Israeli leaders prone to taking populist moves leading to a loss in market confidence, a rise in risk premium and damage to credit ratings.

Amid a second wave of COVID-19 infections, public trust in Netanyahu’s handling of the crisis has plummeted. Thousands of Israelis have taken to the streets, demanding his resignation over the graft charges, which he denies.

But opinion polls predict a weak showing for Gantz in any new ballot, with Netanyahu still backed by a large bloc in parliament.

Denying he is pushing for an election, Netanyahu argues that an annual budget would allow the government to stream money immediately to battle the coronavirus and that a longer-term budget would include spending cuts.

Gantz dismissed that as a “fairytale” in an interview with the Ynet website on Tuesday, saying Israel needed a long-term fiscal plan for economic and political stability.