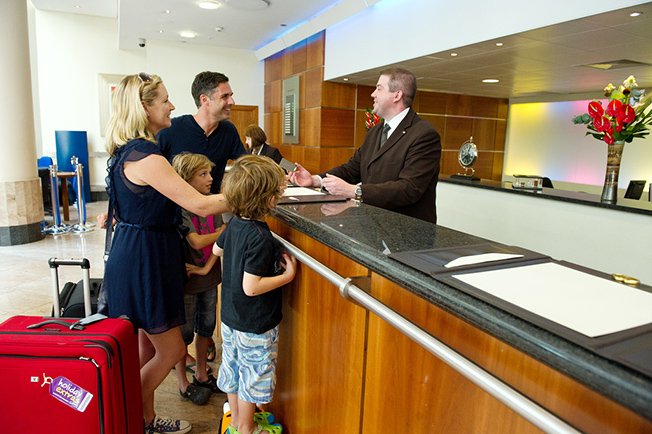 According to a Cyprus Mail mini-survey on Wednesday, discounts vary from 5 to 50 per cent for Cypriots this summer

Cypriots holidaying at home this year are being urged to call and book hotel accommodation directly to find better prices, officials at the Cyprus Hotel Association said on Wednesday following a report claiming rates had remained unchanged over last year.

A survey, published by the Stockwatch website, which looked at Cyprus hotel rates on Booking.com reported that prices remained high in August, despite promises by hoteliers that significant discounts would be offered to locals. However hoteliers on Wednesday said the report was misleading.

A Hotel Association official said that if a person called a hotel directly to book, prices would, on average, be 15 per cent lower than the rates found on booking websites. This was inevitable as these sites would charge or take commission from a hotel, thus adding to the cost.

According to a Cyprus Mail mini-survey on Wednesday, discounts vary from 5 to 50 per cent for Cypriots this summer, according to the sample we contacted.
The 4-star Sun Hall Hotel in Larnaca has cut its prices in half as a special discount for locals. Offers start from €85 per night for two persons, including breakfast and taxes, down from €170 last year.

The 5-star Larnaca hotel Ciao Stelio Deluxe said it was offering a 15 per cent discount when booking directly, with their double room, nightly rates ranging from €135 to €190, without the discount.

Other hotels are choosing different types of offers. The 5-star Paphos Coral Beach Resort and Hotel offers discounts based on the number of nights booked. A double room for one night is €159, for two nights €145, and €133 for 3 nights. The Annabelle 5-star hotel in Paphos offers locals the discounted price of €190 per night for two people.

In Ayia Napa, the 5-star Adams Beach Hotel varies its prices according to when a holiday is booked. It charges locals €144 per night for two people including breakfast after August 23, and €170 before that date. The usual price was €210.

Louis Imperial Beach Hotel, a 4-star establishment in Paphos follows a similar pricing policy. It charges €170 (two persons including breakfast) but lowers the rates to €154 after August 23. It offers a 35 per cent discount for bookings of three nights or more.

In Limassol, the 4-star Crowne Plaza charges locals €170 per night for two people including breakfast, instead of the original price of €205.