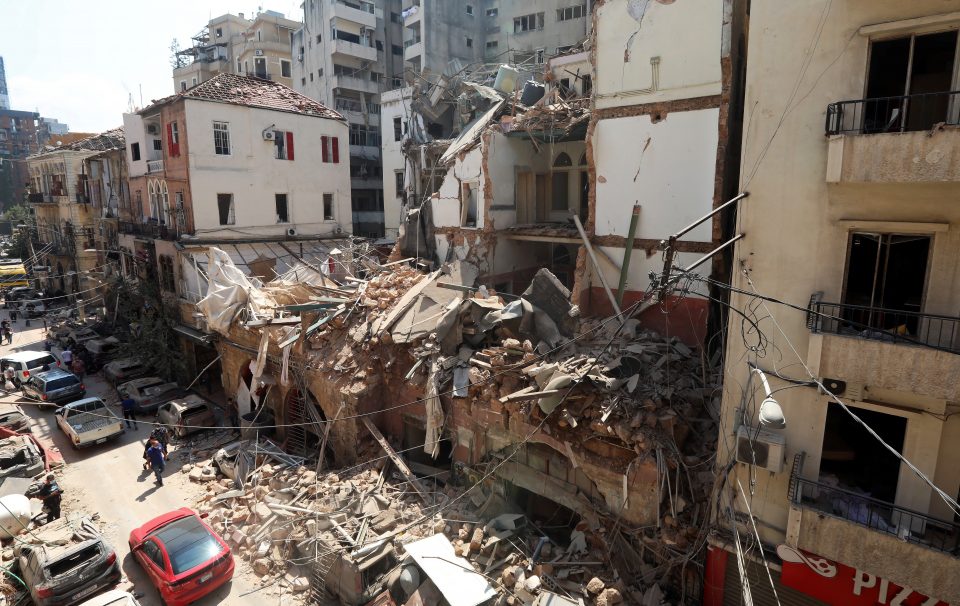 International media on Wednesday linked the explosive cargo of nearly 3,000 tonnes of ammonium nitrate that was sitting in Beirut port since 2013 to a Russian businessman believed to be living in Cyprus.

According to Reuters, shiparrested.com, an industry network dealing with legal cases, said in a 2015 report that the Russian-owned Rhosus, sailing under a Moldovan flag, docked in Beirut in September 2013 when it had technical problems while sailing from Georgia to Mozambique with 2,750 tonnes of ammonium nitrate.

It said that, upon inspection, the vessel was forbidden from sailing and shortly afterwards was abandoned by its owners, leading to various creditors coming forward with legal claims.

“Owing to the risks associated with retaining the ammonium nitrate on board the vessel, the port authorities discharged the cargo onto the port’s warehouses,” it added.

Media have named the Russian owner as Igor Grechushkin, “a Russian national and resident of Cyprus”.

According to reports, the ship had made an unscheduled stop in Beirut. REN TV in Moscow said the ship was detained and the contents confiscated “due to the lack of documents and conditions necessary for transportation”.

The man who sold the ship to Grechushkin’s company in May 2012, Cypriot businessman Charalambos Manolis, told news portal alphanews.live, that the ammonium nitrate used as agricultural fertiliser was loaded onto the vessel either from Georgia or Ukraine and it was to be delivered to Mozambique on behalf of that country’s government.

On the way, Grechushkin’s company was asked by a shipping company to transport farming equipment from Lebanon which it accepted while also receiving a down payment for its services. Upon the arrival of the Rhosus in Beirut, however, it emerged that it was impossible to fit that equipment into the vessel due to technical issues.

The Russian businessman then, according to Manolis, found himself embroiled in legal problems both with the Lebanese authorities but also with the shipping company that was expecting the transport of the farming equipment it had ordered. He was also reported to the Lebanese authorities by the ship’s crew that he had not paid them for months, while the Mozambiquan government was calling for the delivery of the ammonium nitrate it had ordered.

In the end, the Lebanese judiciary ordered the confiscation of the 2,700 tonnes of ammonium nitrate and of the vessel which was left at the port in Beirut with Tuesday’s disastrous results, the news portal reported.

Manolis told Alphanews that he knew of this case because his company’s offices in Limassol were right next door to that of Grechushkin’s.

He added that the last time he saw the Russian businessman was around two years and a half ago when Grechushkin moved his offices.

The Times newspaper said that Grechushkin’s now-defunct company Teto Shipping was registered on the Marshall Islands.