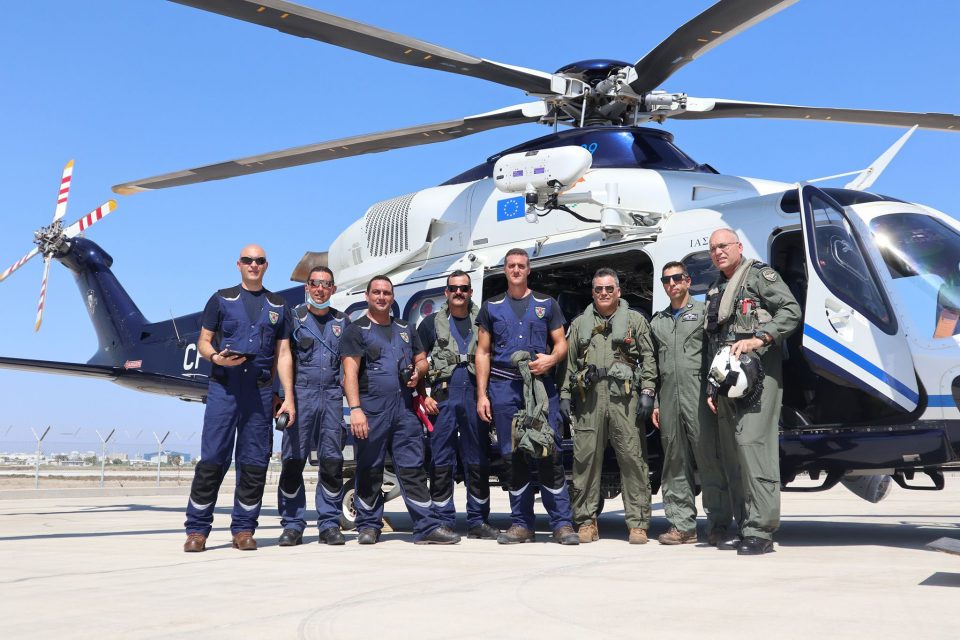 Foreign Minister Nicos Christodoulides has announced that around 50 Cypriot citizens and permanent residents have expressed their interest in repatriating to Cyprus from Lebanon on a flight scheduled for Thursday.

Christodoulides confirmed that the Cyprus police sent two helicopters with rescue crews and dogs to Beirut on Wednesday afternoon to help with rescue efforts after 2,750 tonnes of ammonium nitrate exploded at the port on Tuesday, killing more than 100 people.

The explosion was the most powerful ever to rip through Beirut, a city still scarred by civil war three decades ago and reeling from an economic meltdown and a surge in coronavirus infections.

Five firefighters and eight specially trained policemen with rescue dogs will help dig through the rubble looking for survivors following the blast.

“We are in constant contact with the Lebanese authorities and we will help them respond to the difficult situation they have to face following the tragedy,” Christodoulides said.

“We have also been asked for medical equipment and first aid kits. The health ministry has already started preparing the dispatch based on the requests we have received from the Lebanese government.

“We are also planning to send aluminium and glass in cooperation with private companies, and food, which will be collected by the commissioner for volunteerism. 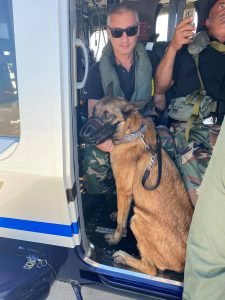 The Lebanese ambassador to Cyprus Claude El Hajal has also confirmed medical equipment will be sent to Beirut from the island.

“We are in constant contact with the ministry of foreign affairs of Cyprus. What happened is a huge disaster. I received a phone call from Mr Christodoulides and he said the government is ready to offer assistance to Lebanon in any way.

“We need medical equipment and medicines and, from what I understand, a flight carrying supplies will arrive in Beirut from Larnaca on Thursday.”

El Hajal also said that trained dogs and rescue teams are vital in the effort to find the injured under the rubble, something he also conveyed to the Cypriot authorities.

“Cyprus is ready to help us. At the moment, the most urgent things we need are medical supplies,” he said.

No casualties have been reported so far among Cypriots in Beirut from the huge blast, but some homes and businesses have been destroyed, a representative of the community said on Wednesday.

With over 2,000 nationals permanently residing in Lebanon, Cyprus is one of the most represented communities in the Middle Eastern country.

The president of the Cyprus community in Lebanon, Stalo Habibi, who has lived in Beirut for the past 27 years and who was there at the time of the explosion, called the blast an absolute catastrophe for a country that was already going through a very difficult time.

The massive warehouse explosion, which was felt as far away as Cyprus, sent a devastating blast wave across Beirut, killing over 100 people and injuring nearly 4,000. Officials said the toll was expected to rise after the blast at port warehouses that stored highly explosive material.

“The damage produced by the blast is incalculable,” Habibi told Cyprus Mail. “Beirut needs help and needs it now.”

Habibi said she had a phone conversation with Christodoulides on Wednesday morning, during which coordinated rescue actions were discussed.

“The Cypriot embassy in Beirut (only three kilometres away from the port where the blast took place) has also been extensively damaged, so we are trying to do the best we can to help our citizens in Beirut. We are in a situation of absolute emergency; we have never experienced such a thing before.”

Habibi added that, so far, there are no casualties among the Cypriot community in Beirut after the blast, with only three people suffering light injuries.

“However, many houses and apartments where Cypriots live have been destroyed, not to mention their businesses. It will take years to repair that damage caused by the blast.

“Our association is practically acting as a link between the foreign ministry in Cyprus and the Cypriots living in Beirut, as we pass them on all the information we receive from home.” 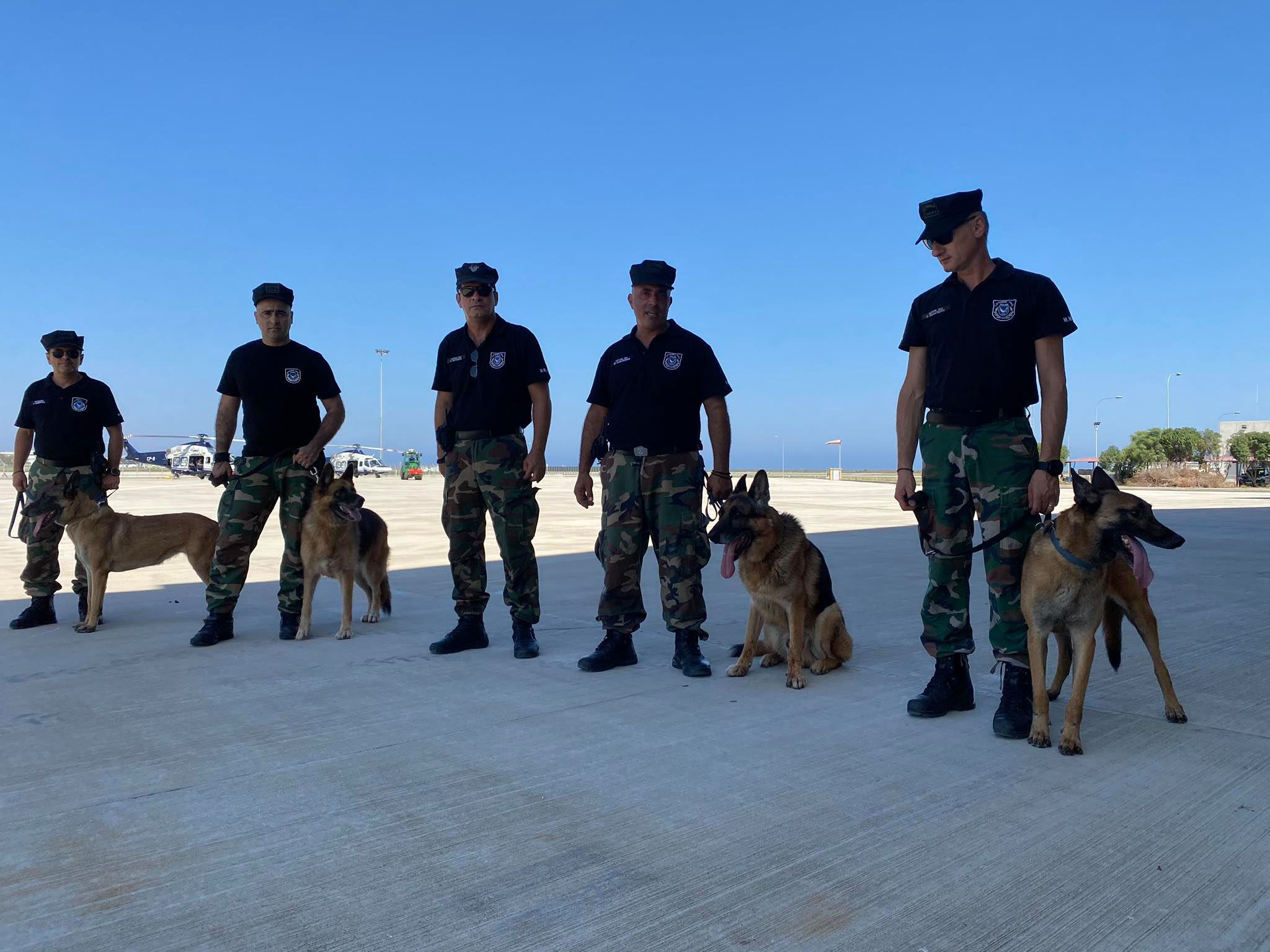 The foreign minister said that the people arriving from Beirut on Thursday will have to follow the health minister’s guidelines for countries in category C, where Lebanon currently is.

This means that all those arriving in Cyprus from Lebanon will undergo a coronavirus test at the airport and then self-isolate at home for 14 days.

Cypriot President Nicos Anastasiades expressed his condolences to Lebanon. In a message to the people of Lebanon on Twitter, Anastasiades said: “We hope and pray for the speedy recovery of the injured people.”

He also gave his condolences to all the families of the people who died in the Beirut explosion.

“We stand ready to provide any assistance deemed necessary.”

Cypriots in need of help in Beirut are also asked to communicate with the Crisis Management Centre of the ministry at 99-660129 or with the Embassy in Lebanon at +9613572139.

Those who wish to donate money to the relief fund can do so at https://www.justgiving.com/crowdfunding/lebanon-relief?utm_term=re7R78DA2.

After blast, Lebanon has enough grain for less than a month, minister says