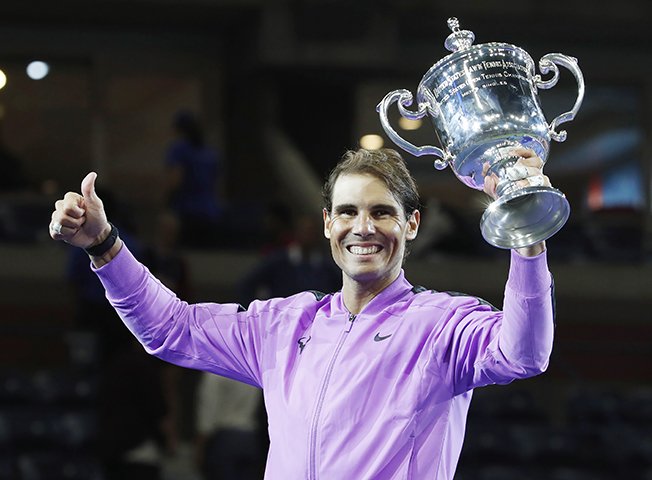 Rafa Nadal believes this year’s U.S. Open champion will still feel like a Grand Slam winner despite the tournament losing some glamour due to the withdrawal of top players amid the COVID-19 pandemic, the Spaniard said on Wednesday.

The hardcourt Grand Slam, which starts on Aug. 31, lost its men’s defending champion in singles with Nadal deciding against travelling to New York.

“The tournament is still big, it’s a Grand Slam,” Nadal told reporters during a video conference from Spain. “I am not that kind of a person, I am not that arrogant to say that the tournament in not big enough because I’m not playing.

“Of course, it will be a tournament under special circumstances but still a Grand Slam, and the winner will feel it, like a Grand Slam winner.”

The United States has more than 4.79 million cases of COVID-19 and more than 157,000 have died. The U.S. Open organisers (USTA) are creating a bio-secure ‘bubble’ in New York to hold the tournament without spectators.

Nadal, a 19-times slam winner, feels there could be more withdrawals in the coming weeks but hoped the situation will evolve favourably for the tournament to be held.

The Spaniard said he was not the one to judge if the decision to hold the Grand Slam amid COVID-19 was correct.

“I know my words can have repercussions. It’s difficult to say if it’s the right or not right decision,” said the world No.2. “I personally respect the positive intention and the amount of work USTA and ATP are doing to bring back our Tour.

“I respect and understand that there are lot of players that are in different situations than me and need to play. They need to make some money because they are facing financial problems.”

With the professional circuit halted since early March, Novak Djokovic organised the Adria Tour exhibition event in the Balkans but it was abandoned after several players, including the top-ranked Serb tested positive for COVID-19.

Nadal hoped lessons have been learnt from the event, which was played in front of packed stands and lacked social distancing norms.

“Of course there have been mistakes there,” Nadal, 34, said. “But all that mistakes are normal when you face situations that you didn’t face before.”

Following the U.S. Open, the Rome Masters is the only event currently listen on the ATP calendar before the French Open in Paris, where Nadal is also the defending champion.

“I don’t know my schedule, honestly” he said. “I don’t know what’s going on after the cancellation of the tournament in Madrid.

“But I will be ready, I will be preparing myself for the tournaments, for the clay in Europe. Then, when the moment arrives, I got to take my personal decision depending on the situation.”