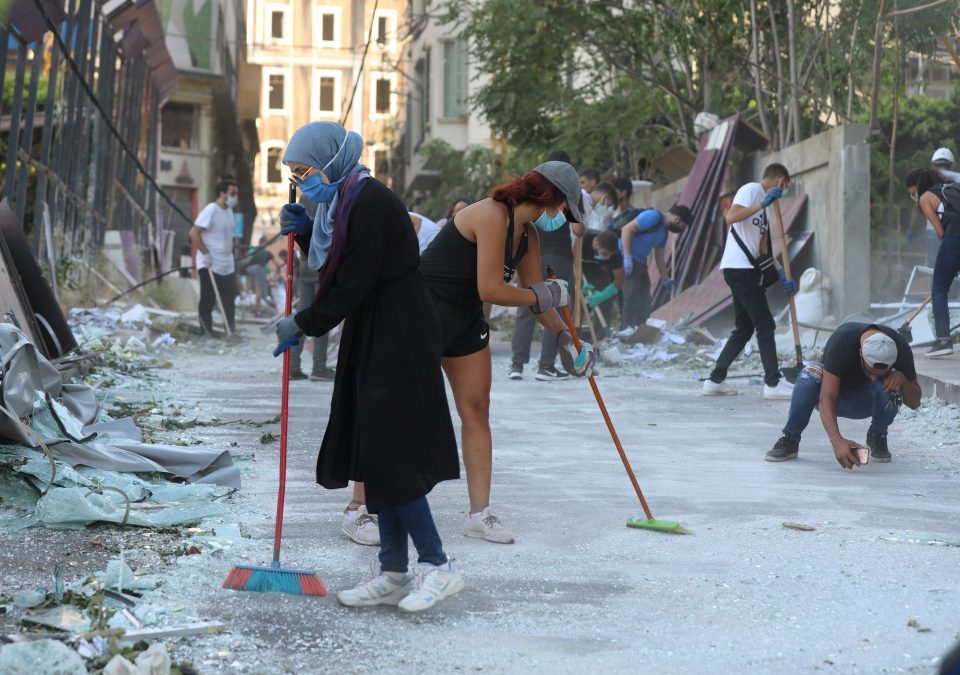 WALID Assi was cooking at a Beirut pizza joint on Tuesday night when a huge blast wave pushed him down. The ground beneath him shook. He saw a flash of white. The roof caved in.

“We can’t believe we got out of this alive,” the chef told Reuters in a central district of the Lebanese capital. “People were bleeding, lying on the ground, running around in the streets…It was like a nightmare.”

Staff stood aghast near the restaurant the morning after a massive warehouse explosion a few kilometers (miles) away at Beirut port, which investigators blamed on negligence. Once the shock subsided, Assi said, the next feeling was anger.

“Why should innocent people have to suffer like this because of worthless rulers? Is this how cheap our lives are to them?”

Beirut’s residents woke up on Wednesday to a capital in desolation. Rescuers dug through the rubble for survivors in a city that was already buckling under the weight of a financial meltdown and a coronavirus outbreak.

The explosion killed at least 135 people, injured 5,000 and pushed up to 250,000 out of their homes after the shockwaves ripped out doors and shattered windows miles inland.

The death toll is expected to rise. Officials blamed the blast on a huge stockpile of highly explosive material stored for years in unsafe conditions at the port.

For many Lebanese, it was the latest blow they blamed on a clutch of sectarian political elites that have ruled for decades.

The government has vowed to hold those responsible for the explosion to account.

But for workers and residents sweeping up debris in the popular nightlife neighbourhood of Gemmayze, clouds of dust swirling around them, it sounded just like the empty promises they were tired of.

Thousands of Lebanese have protested since October against state waste and corruption that pushed the country into financial ruin. The local currency has since crashed, sending prices soaring and leaving many poor.

“What more can happen to us other than death? It’s as if they want us to die,” Rony Abu Saad said outside the blown-out storefront of his sandwich shop. One of his employees had died under the wreckage inside.

“This country now looks like its rulers, the garbage and rubble in the streets, it looks like them,” he said. “If any of them has a speck of consciousness left, they would leave.”

Around him, shards of glass and twisted metal littered the pub street. The roof of a large petrol station had crashed atop its pumps. A loft building lost all its balconies.

In one alleyway, collapsed billboards and tree branches smashed a row of cars. In another, a man paced back and forth on the sidewalk muttering “this is war.”

Abu Saad, whose furniture in his house near the sandwich shop was torn to pieces, hadn’t slept all night. “We’re all still in shock, none of us can understand the scale of the destruction,” he said.

The wreckage shocked many even in a city that has weathered crisis after crisis, including a 1975-1990 civil war, a 2006 war with Israel and a series of assassination bombings.

“The worst part is this government and all those before it did nothing. Nobody cares. Did they know this warehouse was there, and they kept it there near our houses?” said Habib Medawar, 65, landlord of a building where two people had died.

He sat outside in a yellow plastic chair, staring out towards the sea. “I don’t want to do anything, I can’t even bring myself to go inside.”

Nearby, Pierre Mrad, the medical director of a hospital in Gemmayze that was knocked out of service, held back tears. The blast had wounded staff and killed one of the nurses.

“We evacuated all the patients. The hospital will have to be rebuilt. There’s nothing left, nothing to be done right now,” he said. “We have to start all over. What more can I say?”

The next era of Architecture