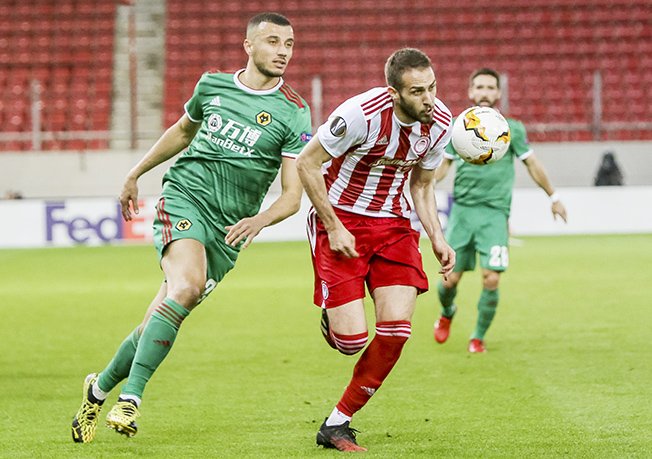 Wolves host Olympiacos on Thursday in their Europa League last-16 tie, having drawn 1-1 in the first leg in Athens in March

Wolves head coach Nuno Espirito Santo has appealed to the Premier League to give teams in Europe an extended break to protect their players.

The Molineux boss has echoed Chelsea manager Frank Lampard in suggesting squads will need more time to recover from their European exploits.

Wolves host Olympiacos on Thursday in their Europa League last-16 tie having drawn 1-1 in Athens in March.

They could play until August 21 if they reach the final and, with next season’s Premier League campaign due to start on September 12, Nuno feels players need to be looked after.

He said: “I’m hopeful the Premier League will look at that and allow the teams involved a little bit more time.

“Mainly because of the players – they need time. We know we have a tight schedule next season and they must be aware of the health of the players and must take care of them.

“The Premier League should acknowledge the teams involved in Europe, depending on how far they go, as the players require more time to recover. We are going to play in August and we’re going to start playing again in September.

“I’m sure they will look at it and adjust the schedule.

“For sure, no team will be able to give too much time for the players to recover.

“It’s why we’re approaching it as a continuation of what we’ve been doing so we’re prepared to start again.

“It can’t be a stop and go – we have to adjust. Everything has been disturbed by the pandemic so we have to look at the continued process through the year.”

The winners of Thursday’s tie will face a one-legged quarter-final against Roma or Sevilla in Germany, where the competition being finished off in one-off games behind closed doors due to the coronavirus pandemic.

Nuno has no fresh injury concerns ahead of Thursday’s match at Molineux.

Wolves’ final Premier League game – a 2-0 defeat against Chelsea on July 26 – cost them the chance to qualify for next season’s Europa League via the top flight.

Their campaign started over a year ago in the Europa League qualifiers but midfielder Leander Dendoncker insists they are recharged and ready to play again.

He said: “It has been very long with the break of lockdown and self-isolation but it has been a very nice season as well. We’ve had ups and downs but more ups.

“It was a shame for the last game, Chelsea, finishing with the same points at Tottenham but not going into Europe (on goal difference).

“We can be very happy with the season so far and we have to do our best to end it in Europe as well.

“We’ve had some rest and days off. It’s very important to reload the batteries and be 100 per cent ready. Let’s hope we can win and go to the next stage.”