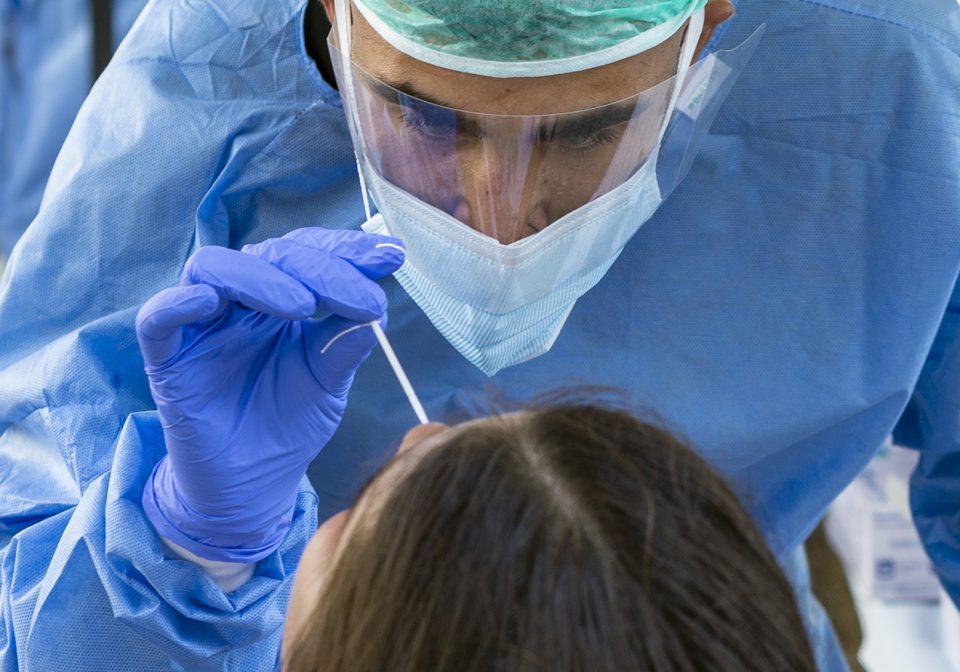 More than 160,000 people have died from the coronavirus pandemic in the United States, nearly a quarter of the global total, according to a Reuters tally on Friday, as the country debates whether schools are ready to reopen in coming weeks.

The country recorded 160,003 deaths and 4.91 million cases, the highest caseload in the world.

Public health experts have voiced concern for weeks that Americans in some quarters were resisting wearing masks and maintaining safe social distances.

On a per-capita basis, the United States ranks 10th highest in the world for both cases and deaths.

Friday’s grim milestone marks an increase of 10,000 deaths in nine days in the United States.

Many of those died in California, Florida and Texas, the top three U.S. states for total cases. While new infections appear to be declining in those states, new outbreaks are emerging coast to coast.

Dr. Deborah Birx, the lead coordinator for the White House coronavirus response, warned of worrying upticks in the rate of tests coming back positive in several cities, including Boston, Chicago, Detroit and Washington.

In Massachusetts, which has been praised for having one of the most effective containment strategies in the country, Governor Charlie Baker reduced the maximum number allowed at outdoor gatherings from 100 to 50.

Nearly 300,000 U.S. residents could be dead from COVID-19 by Dec. 1, University of Washington health experts said on Thursday, although they said 70,000 lives could be saved if Americans were scrupulous about wearing masks.

Throughout the country, U.S. officials, teachers’ unions, parents and students were debating how to reopen schools safely.

President Donald Trump has urged states to resume in-person classes, saying the virus “will go away like things go away,” but health officials have told states with rising counts to be on guard.

New York Governor Andrew Cuomo said on Friday some 700 school districts in the state could reopen classrooms, but insisted schools do extensive consultation with teachers, students and parents beforehand.

New York school districts are free to opt for only remote learning, in-class learning or some hybrid of the two. Safety plans for reopened classrooms must first be approved by the state’s Department of Health, Cuomo said.

“If you look at our infection rate we are probably in the best situation in the country right now,” Cuomo told reporters. “If anybody can open schools, we can open schools.”

In New York City, where 1.1 million children attend the country’s largest network of public schools, Mayor Bill de Blasio has said students’ attendance will be limited to between one and three days each week. Parents in New York City have until Friday to request all-remote learning for their children.

Some states, including Florida and Iowa, are mandating schools provide at least some in-person learning, while the governors of South Carolina and Missouri have recommended all classrooms reopen.

Texas had initially demanded that schools reopen but has since allowed districts to apply for waivers as the state grapples with a rising caseload. The Houston Independent School District has said that the school year will begin virtually on Sept. 8, but will shift to in-person learning on Oct. 19.