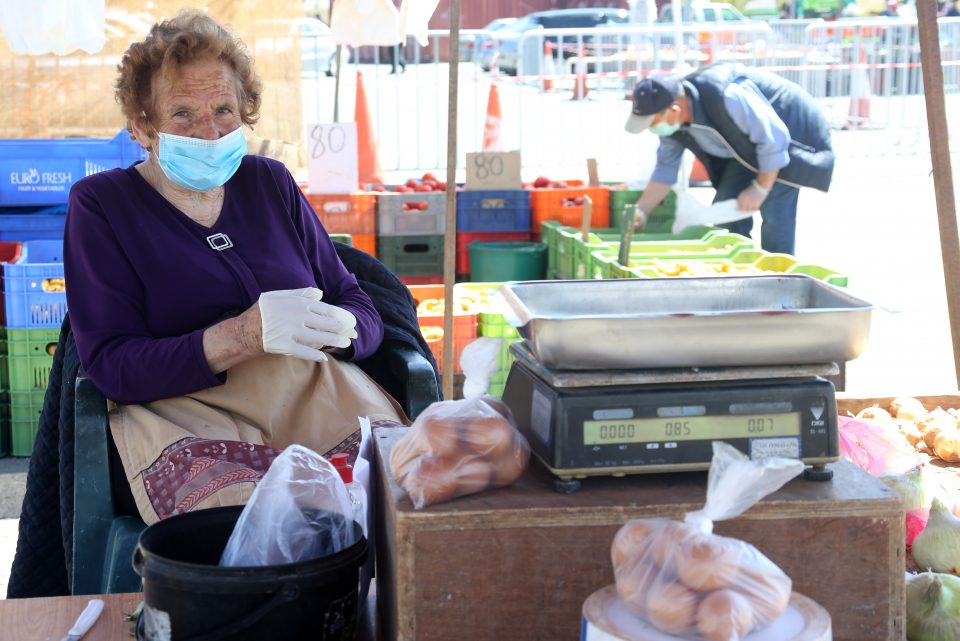 A seller at the Nicosia market on Wednesday. Anyone dealing with the public must now wear a face mask, leading to even more shortages

In the past 24 hours, police reported 40 people for not wearing a mask and 19 establishments for failing to observe Covid prevention measures, it was announced on Saturday.

Police said it had conducted 1,150 inspections across the island, including the two airports.

Six passengers were reported for not filling the Cyprus Flight Pass, police said.

In Nicosia, police reported seven businesses and 16 individuals during 115 checks while one establishment and 16 people were reported in Limassol after 333 inspections.

In Larnaca, officers carried out 237 checks and reported two businesses and five people. One of the establishments was handed a €500 fine for not having enough warning signs. The second one failed to observe the mandatory safety distance between tables and was fined €1,500.

Inspections in Paphos saw seven establishments and one individual booked while 247 checks in Famagusta netted two businesses and two individuals.

The former concerned staff who were caught without a mask. The other two were kiosk customers booked for the same reason.