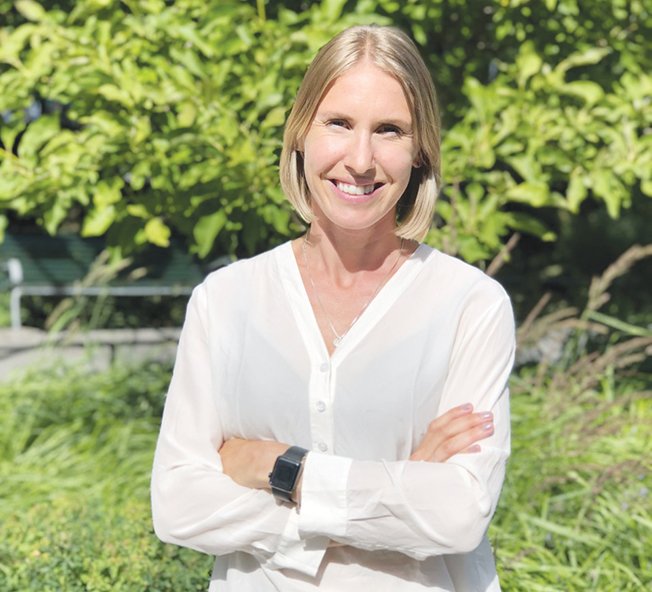 On July 29, 2020, FIFA announced its much-awaited COVID-19 Relief Plan, a wide-ranging programme aiming to assist football during these troubling times.

As part of the plan, each member association will receive 1,000,000 dollars (844,195 euros at the time of writing) to safeguard and restart the sport in their respective country. An additional 500,000 dollars (422,097 euros) will also be provided at a later stage. The second amount is earmarked specifically for women’s football.

When we spoke to Karmiotissa academy director Andronikos Andronikou in June of this year, he expressed his dissatisfaction with the Cyprus Football Association’s approach to the women’s game on the island, specifically admonishing the cost that young girls have to pay to play football.

In the same spirit, we decided to reach out to Maria Karlsson De Cecco, CEO and client manager at Swedish sports agency Connect Management Group (CMG). Maria works as an agent for both players and clubs within women’s football.

CMG was founded in 2015 but its history goes back to the early days of the current millennium, where Khaled El Ahmad, one of its founders, began facilitating the moving of American players to Europe. Maria was the sole agent when the agency was founded, but it has grown to be composed of three agents, a clients relations manager and a brand manager.

“All five of us are former professional athletes with more than 70 years of experience at the highest level of football in eight different countries”, Maria said. There is a clear satisfaction at the agency growing alongside women’s football. Maria recounted some of the milestones in the agency’s evolution so far. “Some of the key moments have definitely been when we completed some of our bigger signings, including Magdalena Eriksson and Jonna Andersson moving to Chelsea, Eniola Aluko to Juventus and Madelen Janogy to Wolfsburg”, Maria said.

Sweden has been hosting a professional women’s championship since the 70s and founded the current league, Damallsvenskan, in the late 80s. This is far earlier than elsewhere in Europe. I asked Maria about the specific cultural conditions that helped women’s football develop so early and so quickly in Sweden.

“The fact that equality in Sweden is a big and important part of the culture in general has helped bring equality into the sport”, Maria said. “There have been strong and powerful women fighting for women’s right to play the sport with the same conditions as men and it’s important to recognize and remember that”, Maria added.

Maria also acknowledged that the state of the sport in Sweden today is a consequence of the effort that has gone into it in the past. “What we take for granted today is a result of a huge amount of work and it’s fantastic to see so many female athletes and football players in particular fighting for their right to practice their sport”, she explained.

The Swedish women’s national football has won a European Championship, finished second in a world cup once and third on three occasions, and has even won the Cyprus Tournament twice in the 1990s. However, all of this starts with youth development and helping young girls play the sport.

“There are teams and leagues for young girls already from an early age and there’s a clear mandate from the Swedish football federation about the importance of equality even in younger ages”, Maria said.

Despite Sweden’s success, Maria acknowledges that there’s no time for complacency. “There’s still a long way to go to get the same conditions for girls and boys who want to follow their dreams to become a professional football player”, she said. “There is much more that can be done in terms of equal conditions when it comes to training hours, training fields, quality of the coaches for young players and so on”, she added.

Cyprus is one of the countries where that aforementioned room for improvement unquestionably exists. I asked Maria about some of the fundamental principles that can be copied elsewhere. “Give young boys and girls the same possibility to be the best they can”, Maria said.

Beyond allowing children to maximize their potential, you cannot escape the fact that facilities and coaching quality are a pivotal part of the puzzle. “Build strong academies with professional and motivated coaches”, Maria added.

Inspiration is also important. Modelling one’s self after a professional can be a driving factor in a young child’s development. “I really think that the fact that young girls today grow up with many important role models in football, on and off the field, makes them set realistic demands and not just accept that inequality exists”, Maria explained.

I also asked about the future plans of the agency and whether expanding its regional scope is in the works. “We have recently hired a new agent that will work on international scouting and recruitment”, Maria said, before adding that “CMG’s goal is to sign more players outside Scandinavia.” At present, the agency has players from ten different countries and playing in ten different leagues.

Sometimes people misinterpret the role an agent has, leading to a kind of demonization of the role, particularly if a fan’s experience of the matter is restricted to transfer rumours during a transfer window. I asked Maria if a particular instance of helping a player was particularly memorable.

“We have a recent example with Swedish National Team player Madelen Janogy who decided to terminate her contract with Wolfsburg due to mental illness”, Maria said, before explaining that the agency had worked very closely with the player for many months with the primary aim of ensuring that the player feels well, with on-field matters taking a backseat to the player’s wellbeing.

“It has been a test of the relations between the player, the agency and the involved clubs”, Maria said. “The relationship between us has grown stronger every week and that makes me feel very proud of CMG and my colleagues”, Maria added.

In October of 2019, FIFA voted in favour of new regulations limiting player agent fees to 10 percent of any transfer fee. This drew a strong reaction from many agents, including Jorge Mendes and Mino Raiola. Maria said that CMG views FIFA regulating this kind of thing as a positive, but also said that what agents do is important and any compensation should reflect that. Maria also said that “it is important that the money stays within football, this makes regulation necessary”.

I asked Maria about the agency’s future goals and what they’re looking forward to at the moment. “CMG’s goal is to be the strongest agency in women’s football”, Maria said. “We know that it is a tough target, but it is also great to see the agency’s development in the last few years”, she added, explaining that “working with highly motivated and competent people every day makes me feel that the goal is realistic”.

Maria concluded by saying that they’re excited about the international tournaments set to take place over the next three years. “The 2021 Olympics, Euro 2022 and the 2023 World Cup will for sure change the way people see the women’s game forever!”