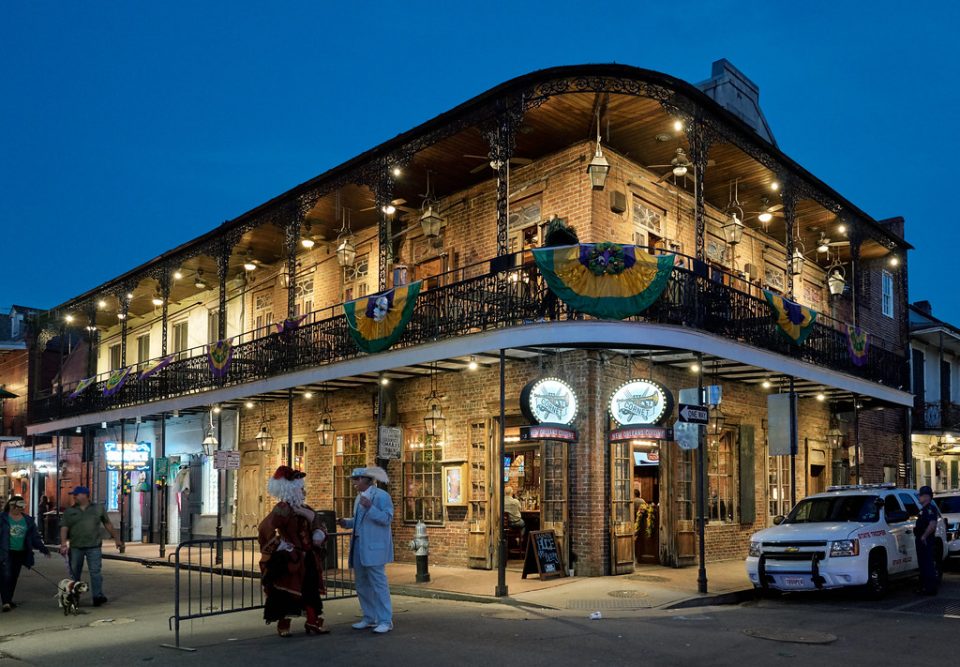 One of the most vibrant cities on the planet, New Orleans is a melting pot of cultures and cuisines, a place that’s known as the ‘Big Easy’ for its chilled out vibe and easy-going lifestyle. On the surface it’s a party town, known for its wildly exciting music scene and thrilling Mardi Gras celebrations.

But there’s a darker side to Louisiana’s city of the south. This was once the home of the voodoo queens and a magnet for voodoo ceremonies amongst the slaves. Even today, many of the houses in the old French Quarter claim to be haunted, and ‘ghost tours’ abound. 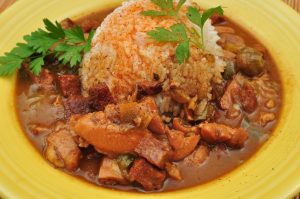 The food, however, IS a wonder. New Orleans is the home of Creole and Cajun cuisine, and the best place to find a spot of soul food. Set right on the Mississippi River Delta, the seafood here is miraculous: oysters Rockefeller (oysters on the half-shell topped with parsley and herbs, smothered in a rich butter sauce and bread crumbs, and then baked or broiled) and oysters Bienville (filled, baked oysters with added shrimp, mushrooms, bell peppers, sherry, and Parmesan) were both invented here.

But it’s gumbo that’s the defining dish of Orleanian cuisine. A thick soup which combines ingredients and culinary practices from several cultures – including African, French, Spanish, German, and Choctaw – gumbo is the local must-try.

Usually thickened with either okra or filé powder (dried and ground sassafras leaves), and made with what’s locally known as the Holy Trinity of vegetables (celery, bell peppers, and onions), this delicious soup comes in endless varieties, including Creole gumbo (usually containing shellfish, tomatoes, and sausage), Cajun gumbo (made with shellfish or fowl), or gumbo z’herbes (a meat-free blend of slow-cooked greens). Magnificently mysterious, gumbo is the perfect metaphor for New Orleans – a true melting pot of delicious decadence!

The shopping revolution and how shopping changes across the world

Bill and Melinda Gates to divorce, but charitable foundation to remain intact