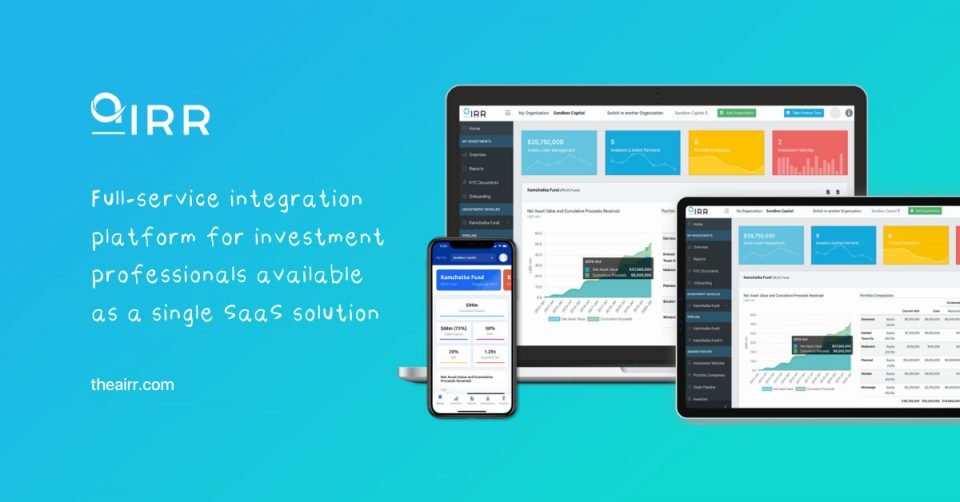 Natallia Chykina, CFO of the private equity fund iTech which specialises in high-tech companies, came to Cyprus two years ago for reasons involving the fund. But when the fund decided to develop software for sale, and to produce a mobile app along with it, they chose Cyprus as the place to manage the effort.

“Cyprus is a great place to work in IT,” Chykina says, whose company has offices in Riga, Minsk and Moscow. “There a large number of IT companies, particularly in the Limassol area – some are building offices here – and the culture is rich.

“I am now based in Cyprus, and I love it here,” she adds.

The office in Larnaca also helps to save on administrative costs and also to take advantage of the fine climate for financial services on the island.

But the fund wanted to upgrade its own software, and was not satisfied with what was available on the market. So, the fund decided to develop its own: a web portal and an app called AIRR (the app can be found on Google Play and on the iPhone app store).

“However, we did not have a solution that would bring all these different types of information together, nothing that really fitted out needs,” Chykina says. “Some software was targeted only to fund administrators, other products were really much too simple. So, historically we were using several different systems for each separate kind of activity, and we wanted that to change.”

ITech software is special, she says, because it puts investor data for funds into a form that is as accessible as company data is on public markets.

“This is quite unusual in the private equity/venture capital world. It also makes investing in funds much more accessible to larger pool of investors. It has lots of functionalities in a single box.”

There are about 20,000 funds of the type targeted with the AIRR platform. It’s a somewhat narrow market niche, but it is substantial, Chykina says.

ITech created the AIRR software first for their own uses, so that they could bring together information from investors, from the companies iTech invests in, collecting information from them, taking data from accounting, dealing with the pipeline, etc.

The AIRR software collects all the information needed to run a fund, and then makes it as transparent as possible to the fund’s investors. The investor can find everything he/she needs to learn about the fund on both the web portal or the mobile app.

“For example, the investor can easily find data on the amount of dividends received, or how much shares are worth – all of the information usually found in the annual report of the fund can be found, updated in real-time,” Chykina explains.

Most of the products on the market was either very simplistic, or it targeted fund administrators (who administer hundreds of funds at a time). There was nothing that a private equity fund could use that would include everything needed.

It took iTech two years to produce the software, working with a team of five developers, while iTech itself took on the PR and marketing roles. Today the product is managed by a separate corporate entity. For now, the development team is based in Minsk, Belarus, but a relocation to Cyprus is planned.

“So we developed this solution for iTech first, but we already had in mind that we would sell it to other funds,” says Chykina.

The company released it to their own investors about a year and a half ago. There are about 100 investors in the fund, and they are all using the software currently, some of them with the other funds they work with as well. And the software is selling well, particularly around Europe.

“It’s a global product, and we market it around the world,” she adds. There are two sales reps working in Moscow, while from Cyprus it is marketed online. To expand sales, Chykina is planning to partner with fund administrators (those who manage many funds) who can then offer it to other funds.

What makes the project particularly remarkable is that Chykina herself didn’t start out in IT.

After becoming a Chartered Financial Analyst, she studied at the University of Chicago Booth School of Business and then at the London School of Economics and Political Science.  She joined iTech in 2017 after working in private equity, and then founded the AIRR project in September 2019.

“We think we’ve filled a gap in the private equity fund business with this product,” Chykina concludes.

There has, in fact, been demand for greater transparency in private equity among investors and regulators. In October 2019, the Financial Times issued a clarion call: “It is time for private-equity barons and their investors to show greater accountability, or face drastic change.”

The AIRR platform could help to answer that call.

Half of applications to Cyprus government’s Estia Scheme approved

Cyprus bank accounts are too hard to get — Investors Association