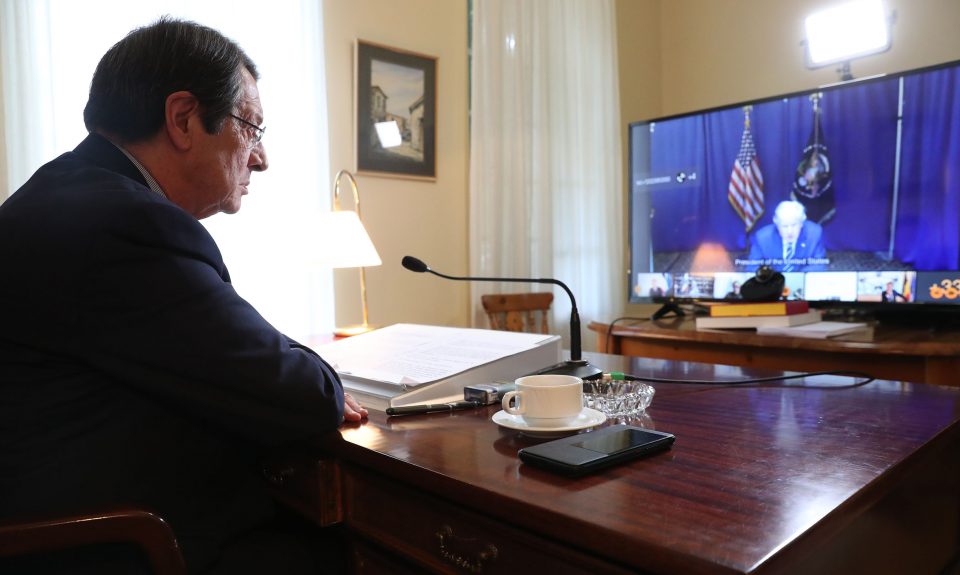 “Our actions and tangible solidarity towards Lebanon and its people must speak louder than words,” President Nicos Anastasiades told an international conference on aid for Lebanon on Sunday afternoon as his French counterpart said Lebanon’s future is at stake.

“The international community must act, and must do so swiftly and decisively, to provide the necessary aid and assistance to Lebanon,” Anastasiades said.

World powers have a duty to support the Lebanese people, French President Emmanuel Macron told an emergency donors conference on Sunday following a blast in Beirut on Tuesday that has left 158 dead, 6,000 injured.

Lebanon’s debt-laden economy was already mired in crisis and reeling from the coronavirus pandemic before the port explosion. But foreign governments are wary about writing blank cheques to a government perceived by its own people to be deeply corrupt.

“Allow me to express once more on behalf of the Government and the people of Cyprus our unwavering solidarity with Lebanon and its people during one of the most heartbreaking periods of the country’s history,” Anastasiades added.

He pledged financial assistance of €5 million.

He also put the island’s two international airports as well as the Andreas Papandreou military airbase and the ports of Limassol and Larnaca at the disposal of the UN force in Lebanon UNIFIL, the United Nations and of the international community in general for any assistance deemed necessary.

Anastasiades said the island has already sent over 5 tons of assistance to Beirut, with 40 more to follow in the next few days, including medical supplies, generators, clothing and non-perishable foodstuff.

“This material assistance will continue to be provided in the days and weeks to come,” he added.

In opening remarks to the online donor conference, Macron said “our task today is to act swiftly and efficiently, to coordinate our aid on the ground so that this aid goes as quickly as possible to the Lebanese people”.

The French president said the offer of assistance included support for an impartial, credible and independent inquiry into the August 4 blast, which has prompted some Lebanese to call for a revolt to topple their political leaders.

Rebuilding Beirut will likely run into the billions of dollars. Economists forecast the blast could wipe up to 25 per cent off the country’s GDP.

Many Lebanese are angry at the government’s response and say the disaster highlighted the negligence of a corrupt political elite. Protesters stormed government ministries in Beirut and trashed the offices of the Association of Lebanese Banks on Saturday.

There has been an outpouring of sympathy for Lebanon from around the world this week and many countries have sent immediate humanitarian support such as a medical supplies, but there has been an absence of financial aid commitments so far.

US President Donald Trump also participated in the conference. “Everyone wants to help!” he tweeted.