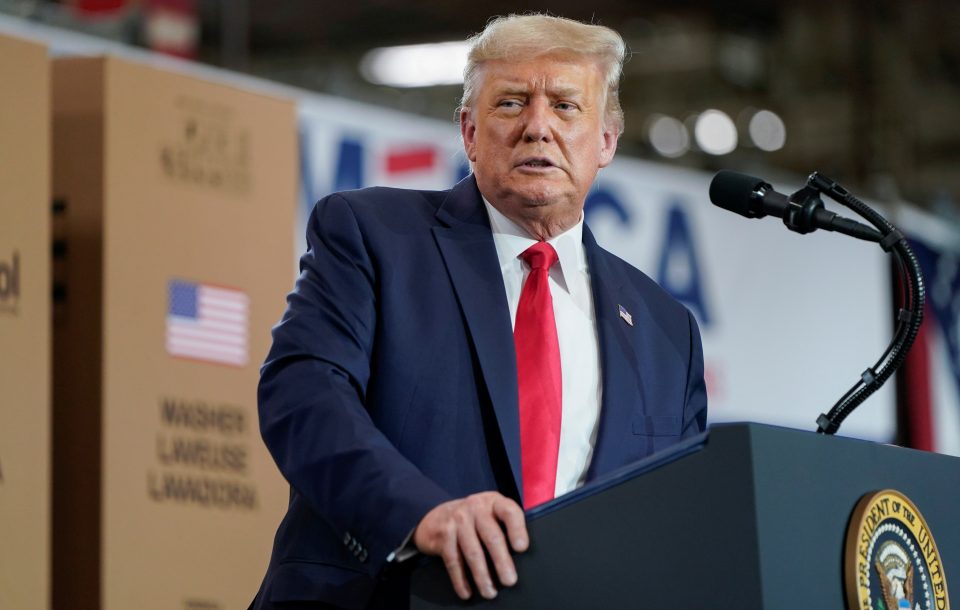 An ‘October Surprise’ in the United States is now almost inevitable, because that will be Donald Trump’s last chance to get re-elected legitimately. He might try to cling to office even if he loses the vote, but it would be a lot easier and neater if he actually won a majority in the Electoral College on November 3.

‘October Surprise’ is the American political term for a fake crisis, usually involving foreigners, that is ‘discovered’ by a president trailing badly in the polls in the last few weeks before an election. All other issues are forgotten, Americans rally around the flag, and the incumbent wins on a surge of patriotism. Or that’s the theory, at least.

The same thing happens elsewhere too, of course, and not necessarily in October. That’s when it needs to happen in to win a US presidential election, but there’s a ‘July Surprise’ happening in Belarus right now (because the election there is set for August 9).

Last week Alexander Lukashenko, the strongman who rules Belarus, ‘discovered’ Russian mercenaries in his country. They were unarmed and on their way to Istanbul, but Lukashenko says there is a plot: “So far there is no open warfare, no shooting, the trigger has not yet been pulled, but an attempt to organise a massacre in the centre of Minsk is already obvious.” Only I can save our country! Vote for me!

Trump will need something like that because otherwise the coronavirus is going to kill him politically. This was not true as recently as early June, because up until then the United States was not performing especially badly in dealing with the pandemic.

It looked a lot worse because of Trump’s bizarre behaviour – the endless, shameless lies, the narcissism, the suggestions that people should inject bleach, etc. – but in terms of Covid-19 deaths per million people the American fatality rate was still lower than any other major Western countries except Germany and Canada.

The United States was late to go into lockdown, but so were they all, at least compared to most Asian countries. Until recently, if you were a Trump supporter, you could still believe he was doing a good job.

It was Trump’s rush to end the lockdown, not all the earlier nonsense, that did the real damage. He believed that he would lose the election if the economy didn’t revive, but by opening up too fast he managed to revive the pandemic at the same time.

The numbers tell the tale. This week America will record its 160,000th death from Covid-19. That’s almost a quarter of all the coronavirus deaths in the world. Much worse, US deaths are still going up while deaths elsewhere in the developed world have fallen steeply. That’s almost entirely due to Trump.

Take Canada, for example. It’s very similar to the US in economy and demography, but different in social and political terms. Canada has universal health care and a much less drastic divide between the rich and the rest, for example, which probably explains why America’s cumulative death rate per million is 484, while Canada’s is only 237.

The history is therefore an American death rate twice as high as Canada’s: not great, but not utterly awful. By now, however, Canada has managed to get its deaths down to ten a day, whereas America is back up around a thousand a day. Even allowing for Canada’s much smaller population, that is ten times worse. This is what coming out of lockdown too early did to the United States, and it is all down to Donald Trump.

The pandemic is raging again in the United States, and there may be a quarter-million deaths there by election day in November. US ‘deaths per million’ are going up three per day, which means that the US will overtake Chile (now 509) in less than two weeks, Italy (582) in a month, Spain (609) in five weeks. It might even catch up with the UK (682) by election day.

Most of those newly dead Americans will be over 60, so probably Trump supporters. Their relatives and friends are bound to notice eventually. Joe Biden’s lead over Donald Trump in the polls has already widened to 10 per cent, and there is probably no good news Trump could engineer in the remaining ninety days that would be big enough to turn that number around.

His only hope, therefore, is to manufacture some really bad news: a restaged ‘Gulf of Tonkin’ incident with China, perhaps, or a terrorist ‘threat’ so humongous that it gives Trump a pretext to declare martial law nationally. Or maybe he will arrange the premature certification of a magical new Covid-19 vaccine so he can roll it out just before the vote. If it kills a lot of people later on, who cares? He won.

Trump knows that if he loses the election he will spend the rest of his life in court, possibly even in jail. An October Surprise is practically guaranteed. It isn’t over yet.