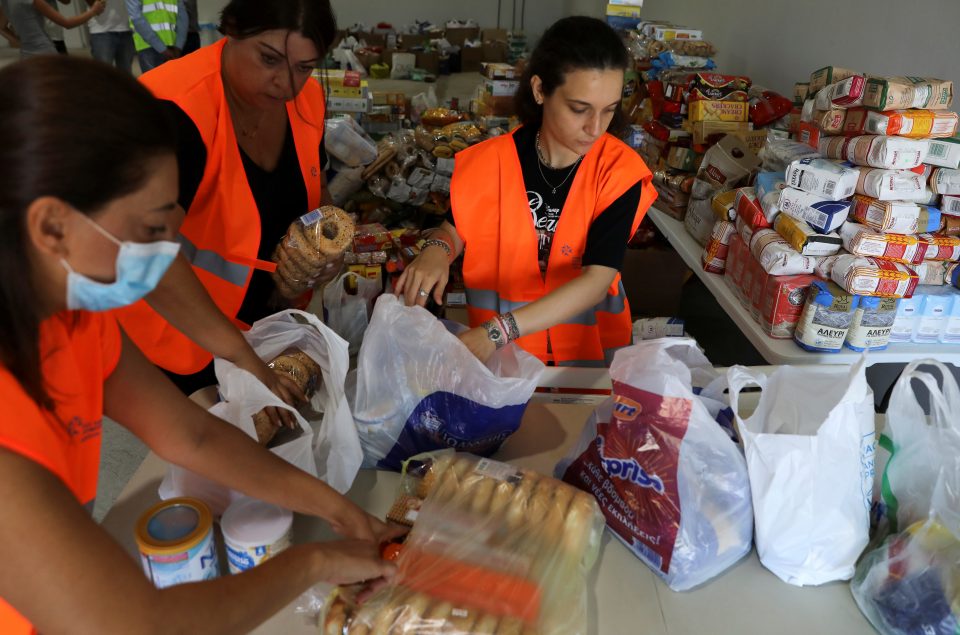 Twenty tons of dry food have been collected so far in Cyprus to help the Lebanese people after last week’s blast that devastated the port area of Beirut, killing over 150 people and injuring more than 6,000.

It has been also estimated that around 250,000 people have been affected by the explosion and are in urgent need of basic help.

Commissioner for Volunteerism Yiannis Yiannaki expressed his satisfaction with the response in Cyprus, which included a call by President Nicos Anastasiades to help.

“We are talking about a large volume of items collected from citizens and companies, more than twenty tons of food items, like cereals, nuts, crackers, general purpose flour and milk powder for children.

“At the moment,” he added, “we can only ship these basic products, which will help the people in Beirut survive until plans to rebuild their houses are set in motion.”

Yiannaki said canned food is probably the most suitable donation for the time being.

“People have nowhere to cook in Beirut. They need food that can resist to the hot weather and that can be consumed immediately.

“Once infrastructures are rebuilt, even partially, we can start sending other items.”

The items which have been collected by individuals and companies in aid of Lebanon will be taken to Limassol on Tuesday, where they will be loaded on the Greek naval vessel Ikaria, which will then depart for Lebanon.

The dry food items were packed by volunteers over the weekend at the five collection points. They will remain open for collections until Friday.

The cargo will be transported and loaded on to the ship in collaboration with the national guard and civil defence.

A three-member team of Volunteer Doctors Cyprus departed on Sunday for Beirut to assist in providing healthcare to the injured following the blast in the port last Tuesday.

Anastasiades said the island has already sent over five tons of assistance to Beirut, with 40 more to follow in the next few days, including medical supplies, generators, clothing and non-perishable foodstuff.

Meanwhile, the Maronite community in Cyprus has also taken action to help.

Representative of the Maronites in Cyprus Yiannakis Moussas said his community is supporting the work done by the governmental volunteerism community and will open a second aid channel through the Maronite Archdiocese.

“We are particularly sensible to what is happening in Beirut, as over one million Maronites currently live in Lebanon.

“Our community will also start collecting food and other items that will be sent to Beirut as soon as possible,” he said.

Storms not ruled out as Cyprus set for cooler day