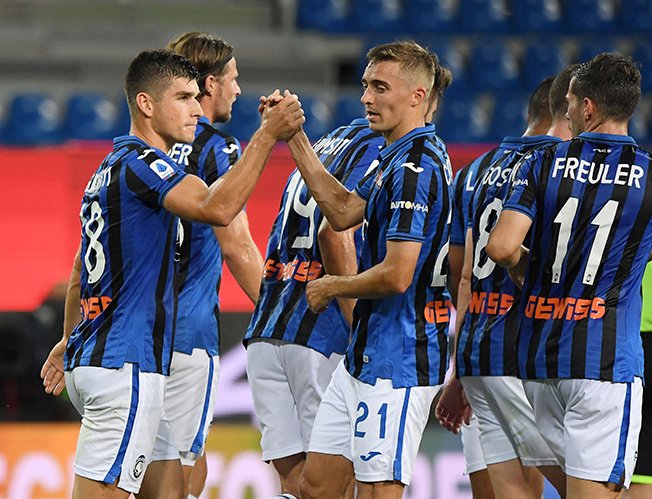 Atalanta, from the city of Bergamo, which has a population of around 120,000, will take on Paris St Germain on Wednesday in the match that kicks off the mini-tournament in Lisbon

With Juventus and Napoli both eliminated in the last week, a provincial club from the region that was at the heart of the Italy’s COVID-19 outbreak will be leading Serie A’s hopes in the Champions League Final Eight.

Atalanta, from the city of Bergamo, which has a population of around 120,000, will take on Paris St Germain on Wednesday in the match that kicks off the mini-tournament in Lisbon.

It will be a poignant moment. At the height of the coronavirus outbreak, Bergamo’s hospitals were overwhelmed by infected people and, with morgues unable to keep up, convoys of army trucks carrying away the dead became a chilling symbol of the global pandemic.

“We will play with Bergamo and for Bergamo, this will give us extra strength,” midfielder Remo Freuler told the Eco di Bergamo newspaper.

“This region has suffered a lot, we know that very well in the squad and this gives us extra motivation when we go onto the field. It was in the case in Serie A and it will be the case in Lisbon.”

In many ways, Atalanta and PSG are polar opposites. The Serie A side operate on a relatively small budget and coach Gian Piero Gasperini has moulded a successful team by bringing the best out of players who had under-achieved at other clubs.

Their entire transfer spending for the 2019-20 season was around 57 million euros, according to the specialist website Transfermarkt.

Qatari-backed Paris St Germain, on the other hand, have been able to spend lavishly on players such as the Brazilian Neymar, who cost them a record 220 million euros.

Atalanta are so proud of their local connections that club president Antonio Percassi sends a replica shirt to every baby born in Bergamo’s hospitals.

Atalanta have been relegated three times since the turn of the century, but their fortunes changed dramatically after Gasperini arrived in 2016.

The 62-year-old is regarded as one of Italy’s most tactically astute coaches, and he says he imitates others and uses “a little bit of everything”.

After a best-ever fourth place finish in Serie A in 2016-17, it was widely assumed the team would suffer the fate that usually befalls mid-ranking clubs who stick their heads above the parapet and that their best players would be sold off to bigger rivals.

Instead, Gasperini has taken them to new heights.